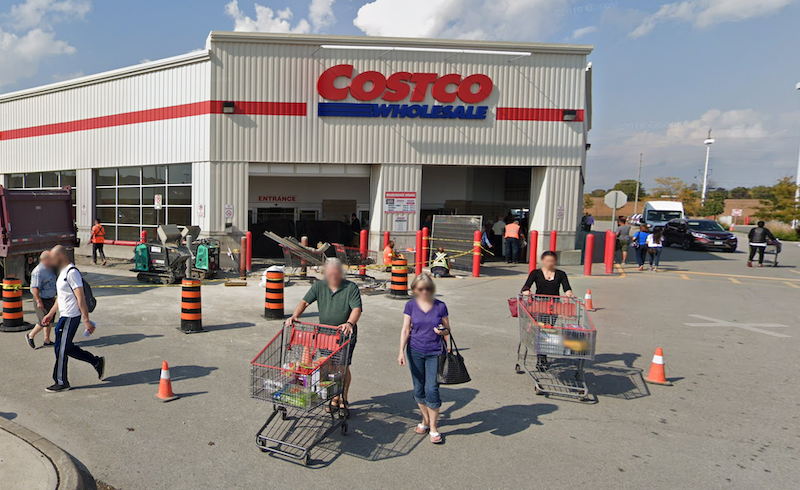 In the major retail sector, there’s no shortage of factors for companies to pay attention to on their path to success. Beyond the never-ending search for new and available markets, though, is an even more abundant resource worth investing in: your workforce.

The day-to-day function of retail corporations demands a high level of human investment at the store level. Walmart Canada, for example, employs 104,250 workers across its 411 locations. In the retail industry, it’s that human element – and the tens of thousands of faces comprising it – that represents a company’s ability to create satisfied customers.

Despite the importance of workers to retail business operations, it’s rare for retailers to invest in employees beyond the minimum requirements. A study by Statistics Canada in compensation trends found the retail trade to be the consistent leader among Canadian employment sectors in minimum wage workers over the past two decades — a trend the data shows has sharply increased in recent years.

Aside from the industry standard of per-hour minimum wage pay, the hours available to retail employees is also lacking. A 2018 study of Walmart employees in the United States revealed one-half of their surveyed workforce to be employed on a part-time basis, up drastically from part-timers representing 20 per cent of staff in 2005. This decrease in full-time work also appears to have negatively influenced employee satisfaction, with 69 per cent of part-timers claiming they would prefer the stability and income of full-time employment.

There’s an undeniable need for more comprehensive employee wellness programs in retail, though this need makes it much easier for companies with more robust HR practices to stand out.

Costco is often held up as the gold standard in retail, and its employee wellness strategy – an industry outlier in its inclusion of competitive pay, benefits and pension compensation – has an impact far beyond bettering the lives of workers.

Comparing the financial performance of Costco to Walmart, it’s notable that Costco has consistently come out ahead in the fields of total return, net income and revenue over the last decade.
Closing out 2019, Costco was valued at $295.67 per share at press time, more than double Walmart’s $118.67, and holds the retail sector’s largest comparable sales growth over the last fiscal year at 6.8 per cent.

Costco may beat out Walmart with HR practices and financial returns, but to what degree do people see the two fields as related?

Kristen Maclellan, director of talent for Best Buy Canada, believes investing in its retail workforce has brought the company more than just an enviable Glassdoor ranking — it’s given Best Buy a workforce that’s “well managed and poised for future growth.”

Best Buy Canada’s commitment to “providing the best employee experience for each of our team members.. supports our company’s growth in a number of ways,” she says. Specifically, she describes a trickle-down effect where a satisfied worker is reflected in satisfied customers.

“Improved employee retention creates stability in our business and contributes to team and individual engagement,” and this “strong employee engagement is reflected in growing customer satisfaction scores.”

Allen went on to explain that, for employees, “this support makes a huge difference in quality of life and reduction of anxiety, which are all part of well-being and the caring an employer can show, which then supports a positive perception and employment relationship.”

Extended studies from workplace research firm Great Place to Work concluded the beneficial employee engagement brought by well-being initiatives comes from this behaviour creating in workers a sense of trust in their employers. Beyond more efficient store-level workforces, Great Place to Work believes a high degree of employee trust can be a primary driver of overall corporate success in the retail sector.

The firm studied the impact of H&M Canada’s initiatives to develop a trust-driven work culture and the positive relationship of high-trust employees on key performance indicators is evident: stores saw a 65 per cent decrease in employee turnover, a 55 per cent increase of “mystery shopper” customer satisfaction, and a 6.5 per cent increase in sales per hour.

The effect of high-trust workplaces on sustained financial performance also echoes the trends seen in the fiscal divide between Costco and Walmart. Over a 30-year study, independent research firm Russel Investment Group concluded high-trust workplaces have increasingly outperformed over the last two decades, with these workplaces earning on average three times above the stock market as of 2019.

While employee wellness initiatives stimulate a workforce’s trust, engagement and thus performance, it also has a positive influence on the decision-making processes of prospective consumers and investors. Nonprofit firm Just Capital has performed an annual survey of more than 4,000 respondents since 2013 in an effort to determine the most influential corporate behavior issues when it comes to consumer investment. Consistently topping the list of investor priorities are what Just defines as “worker issues”, which includes fair wages, work-life balance and equal opportunity.

A corporate image built on employee well-being can be potent in influencing the consumer’s perception, to the point where it can act as its own marketing strategy. Returning to prior examples, Walmart invests $3 billion per year on marketing campaigns and expenses, while Costco’s marketing strategy is seemingly preposterous – it simply doesn’t have one.

By diverting part of their would-be marketing budget into keeping their employees happy, the reputation Costco’s work culture has become an essential (and authentic) part of the wholesalers’ brand, one built upon the values that consumers respond to most.