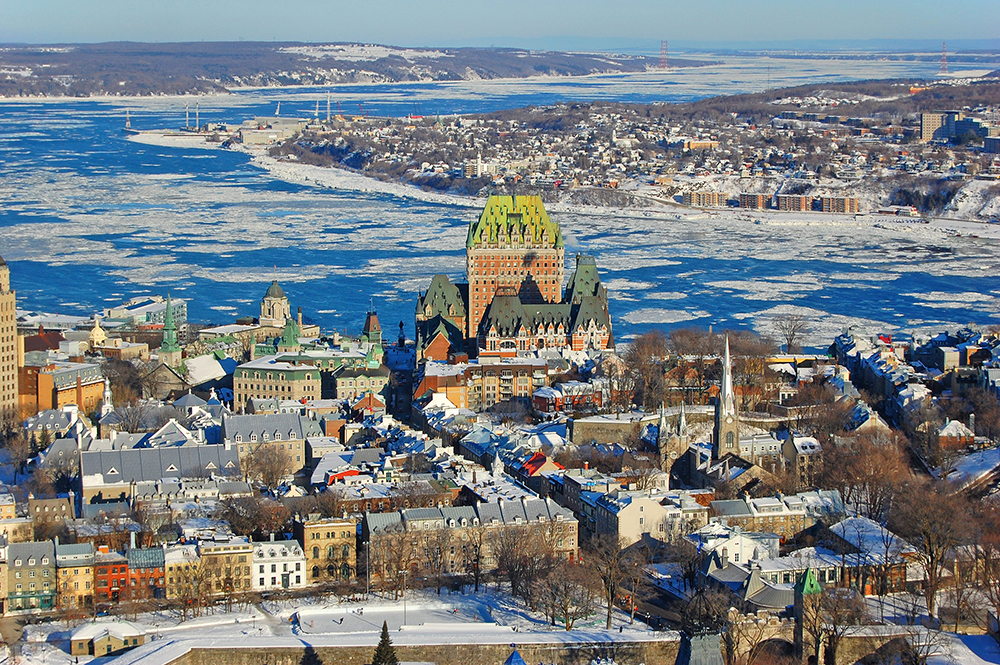 MONTREAL — Quebecers need to be jolted into recognizing the seriousness of the COVID-19 pandemic, Premier Francois Legault said Wednesday, before announcing a provincewide 8 p.m. curfew for the next four weeks.

Legault said despite the fact schools, retail stores and many other businesses have been closed since December, COVID-19 infections and related hospitalizations continue to rise. Too many seniors are ending up in hospital after becoming infected in private homes, he added.

“We are obliged to provide a type of shock treatment so that people reduce their visits,” he told reporters. Quebec will become the first province in the country to impose such a drastic measure to curb the spread of the novel coronavirus.

Beginning Saturday and until at least Feb. 8, Quebecers will be under a curfew from 8 p.m. to 5 a.m., Legault said, adding that anyone caught breaking the rules is liable to a fine between $1,000 and $6,000. The government is considering creating a document for people who have to be out after the curfew, which they can show police.

“When we say we are giving an electroshock it’s really for four weeks, a period that should make a difference,” Legault said.

“The police are important allies in the fight against the virus,” he added. “I need the police and Quebec needs the police to be able to succeed with this shock treatment during the next four weeks.”

The premier said all non-essential businesses that he ordered closed in December will remain closed until at least Feb. 8, when the curfew is scheduled to be lifted.

Legault, however, said primary schools will reopen as scheduled, on Jan. 11, and high school students will return to in-person learning the week after, on Jan. 18. “Our children have to be able to continue to learn,” he said.

Speaking before Legault’s news conference, Dr. Donald Sheppard, chair of the microbiology and immunology department at McGill University, said the government needed to explain the logic behind a curfew because the majority of outbreaks documented by public health have been in workplaces and schools.

Public health director Dr. Horacio Arruda said the curfew is part of a series of measures aimed at reducing the possibility of gatherings and of contact between people. “There’s no science that can tell you what measure will have what percentage effect,” he told reporters.

Arruda said he believes many small gatherings around Christmas led to the large number of COVID-19 cases being reported in Quebec.

Earlier on Wednesday, Quebec reported 2,641 new COVID-19 infections and 47 more deaths attributed to the novel coronavirus. The Health Department said hospitalizations jumped by 76, to 1,393 — the largest number since late May — and 202 people were in intensive care, a rise of eight.

Despite calls from some health experts to shut down the manufacturing and construction sectors, Legault said the government won’t close factories or order work sites to stop operating. Factories, he said, have been asked to postpone “non-essential” manufacturing. The type of production that will be designated “essential” will be decided, he explained, following discussions between manufacturers and government officials.

The majority of people in hospital with COVID-19 are over 65 years old and are unlikely working in the manufacturing sector, Legault said, in an attempt to explain his decision. Arruda said many factories are producing essential products such as food and can’t be closed.

Quebec’s health-care system is under heavy strain, Health Minister Christian Dube said, adding that some kidney transplants have been cancelled. That sort of strain is worrying for experts like Sheppard who said surgeries and cancer screenings are being put off and intensive care units are filling up,

“The biggest worry is, eventually, if we don’t do anything, we’ll get to the point where it’s going to be the decision where we have two patients, one ventilator and someone has to decide,” Sheppard said in an interview Wednesday.

He said the impact of cancelled procedures is already being felt: breast cancer patients are presenting with larger tumours than they were before the pandemic, a sign that they’re being diagnosed late.

Quebec’s INESSS institute, a government-mandated health-care think tank, warned on Dec. 31 that hospitals in the Montreal area are likely to run out of dedicated COVID-19 beds within three weeks.

Much of Quebec, including the province’s largest cities, has been under partial lockdown since October, when bars, restaurant dining rooms, gyms and entertainment venues were closed. In December, Legault closed all “non-essential” retail stores and extended the winter break for elementary and high school students.

Quebec has reported an average of 2,597 new cases a day over the past week, Health Minister Christian Dube said on Twitter Wednesday.

That figure represents 300 cases a day per million people — more than any province in Canada. The next highest is Alberta with 233.8 cases per million, followed by Ontario with 221.9, according to a report released Wednesday by National Bank Financial Markets based on data from Johns Hopkins University.

Officials said 6,221 doses of vaccine were administered Tuesday, for a total of 38,984. Quebec has reported 217,999 COVID-19 infections and 8,488 deaths linked to the virus since the beginning of the pandemic.