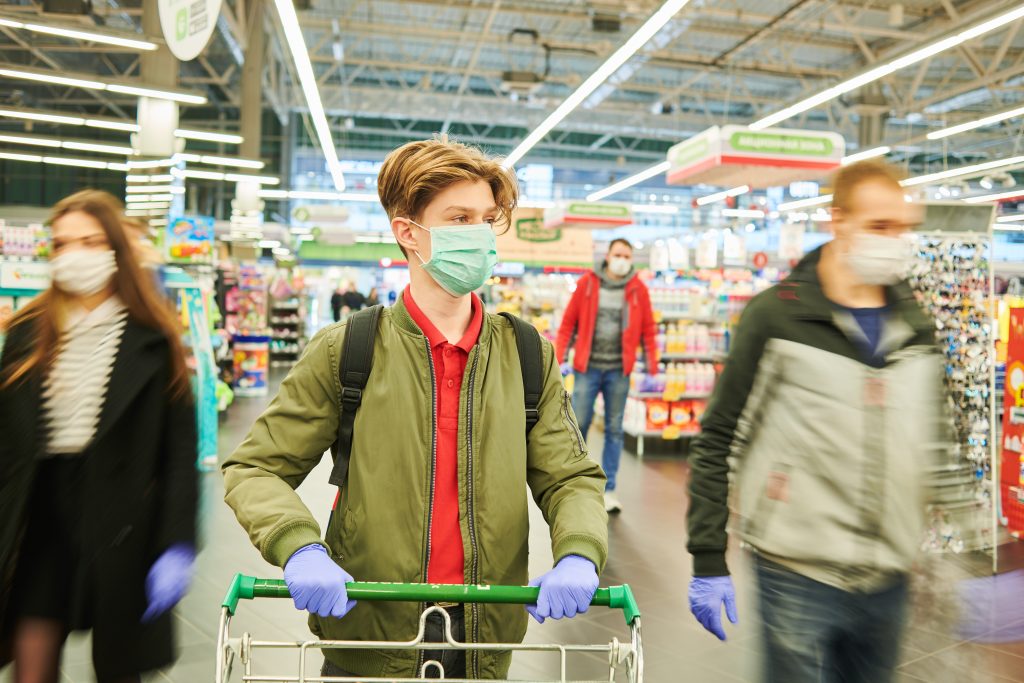 Before the pandemic, Cheryl Woodard used to take her daughter and her friends to eat at a local IHOP in Laurel, Maryland after their dance practice. But now they hardly go there anymore because it closes too early.

“It is a little frustrating because it’s not as convenient as it used to be,” said Woodard, 54, who also does most of her shopping online these days instead of in person because of stores limiting their hours.

Before the pandemic, consumers had gotten accustomed to instant gratification: packages and groceries delivered to their doorstep in less than an hour, stores that stayed open around the clock to serve their every need.

But more than two and a half years later in a world yearning for normalcy, many workers are fed up and don’t want to go back to the way things were. They are demanding better schedules, and sometimes even quitting their jobs altogether.

As a consequence, many businesses still haven’t been able to resume the same hours of operations or services as they continue to grapple with labor shortages. Others have made changes in the name of efficiency. For instance, Walmart, the nation’s largest retailer and private employer, announced this past summer it doesn’t have any plans for its supercenters to return to its pre-pandemic 24-hour daily operations.

IHOP says a vast majority of its locations have returned to their pre-pandemic hours and some have even expanded them. But others, like the Laurel location that Woodward used to frequent, have indeed cut back.

The changes are creating a disconnect between customers who want to shop and dine like they used to during pre-pandemic times and exhausted employees who no longer want to work those long hours — a push-pull that is only being heightened during the busy holiday shopping season.

“Nobody is winning,” said Sadie Cherney, a franchise owner with three resale Clothes Mentor boutiques in South Carolina. “It is so demoralizing to see that you are falling short on both ends.”

Across all industries, the average number of hours worked per week per worker totaled 34.4 hours in November, unchanged from February 2020, according to the Bureau of Labor Statistics. But for the retail industry, it slipped 1.6% to 30.2 hours per week during the same period. Hours worked at restaurants were down by similar amount in October, according to the most recent data.

Meanwhile, the National Restaurant Association’s most recent monthly survey of 4,200 restaurant operators conducted in early August found that 60% of restaurants reduced hours of operation on the days they were open, while 38% closed on the days they would normally be open compared to right before the pandemic. And a report published by food and beverage research firm Dataessential showed the average U.S. restaurant as of October was open around six fewer hours per week than in 2019 — a 7.5% decline.

Cherney noted her stores returned to pre-pandemic hours last year but with the worsening labor shortages and higher labor costs, she has struggled to keep those same hours this year.

Her store in Columbia is open one hour later, but she had to offer wage increases to her workers. For her two other locations in Greenville and Spartanburg, hours have been reduced for personal shopping appointments throughout the week, and no longer accept second-hand clothing from shoppers on Sundays.

Cherney noted customers often complain about long waits to process their second-hand offerings, while her staff is overextended because they’re working 20% more than what they would like. The end result: Cash flow and profitability have both taken a hit.

Mani Bhushan, owner of Taco Ocho, a taco restaurant with four locations in the Dallas area, still struggles to hire cooks at his McKinney location, which opened in July 2021. He said many workers can’t afford to live in this upscale suburb and have to travel from elsewhere. Several times a week he’s had to close the location early _ something he has never had to do in the 40 years he has worked in the business.

Even when Bhushan is able to keep his normal hours of operation, he still has to cut off online orders earlier in the day and the service is not up to par with his other locations.

The worker shortages should remain acute into next year even as several big tech companies have reduced staff or have frozen corporate hiring. The economy added 263,000 jobs while the unemployment rate remained at 3.7% in November, still near a 53-year low, according to the Labor Department. And while U.S. job openings dropped in October from September, the number ticked up 3% in retail.

For mall operator Taubman Centers, which manages or leases 24 premier centers in the U.S. and Asia, many stores are opening later than its centers to save on employee costs, according to Bill Taubman, president and chief operating officer. However, he said that causes frustration among customers who go to the mall thinking the store where they want to shop will be open.

Vicky Thai, a 27-year-old studying to be a physician’s assistant in West Hartford, Connecticut, said she’s often frustrated over the waits to get served at restaurants and stores. She recalled a recent restaurant experience where it took a long time just to get some water; at a local clothing store, she spent 30 minutes in line to buy an item because of staffing shortages.

But for every frustrated customer, there is a frustrated worker. Artavia Milliam, 39, of Brooklyn, New York, is a visual merchandiser at H&M in Times Square. She said she spends more of her time helping out on the sales floor than updating the mannequins because of the shortage of staff.

“It can get overwhelming,” she said. “Everyday, I encounter someone who is rude.”