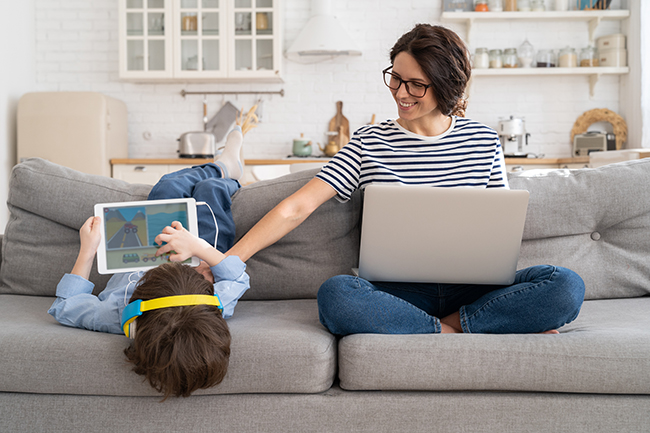 Spain’s government wants to help working parents juggle the responsibility of raising children with their jobs by giving them more time off when kids get sick or during those long summer holidays.

Ione Belarra, Spain’s minister of social rights, presented the initial draft of a new “family law” bill on Tuesday that included several measures designed to make it easier to work and raise kids in a country that, like most of Europe, is facing low birth rates and an aging population.

“We ask parents to be superheroes, and my intention with this law is that they can just be moms and dads, which is asking them enough as it is,” Belarra said.

If passed as it is by Parliament, the law would increase the right to paid leave from two to five days a year for any worker whose close relatives are ill or hospitalized.

It would also grant the right for up to four days’ paid leave a year for parents to deal with unforeseen emergencies regarding their families.

Another eight weeks of unpaid leave would be made available annually for parents to take care of their children until they are eight years old. Belarra said this measure was designed to help parents care for children during the summer breaks from school, which usually run from late June to mid-September, far beyond the number of vacation days parents have available. This measure would be phased in with six weeks’ leave in 2023 and then eight weeks in 2024.

Belarra said that the law is designed to make it easier for Spaniards to have children, if they so desire.

According to Eurostat, the European Union’s statistics office, Spain’s 7.1 births per 1,000 inhabitants were the second-lowest of the EU only ahead of Italy in 2020. Spain led the 27-country bloc in 2019 with the number of women over 40 years old who have children, with 10% of all live births.

The law would also give the same benefits in education and transport discounts to single-parent households with two or more children that are currently available for families of two parents and three or more kids.

The bill can undergo changes during the legislative process before facing votes in the Congress and Senate to become law.