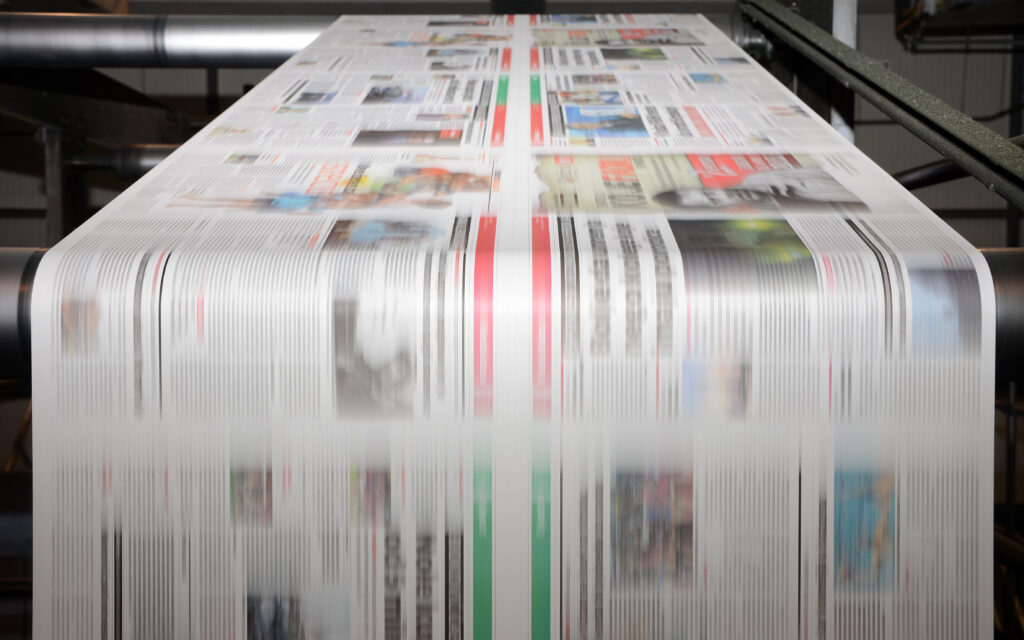 An offset press prints a newspaper in this file photo. Photo: Adobe Stock

An Ontario judge’s decision on the topic of “mitigation” — searching for a new job following a dismissal — was recently reversed by the Ontario Court of Appeal (ONCA).

This new court ruling raises the bar even higher for employers to prove that a terminated employee did not sufficiently mitigate their damages by looking for new employment.

The general manager, Merida Lake, worked at La Presse for five and a half years. She was the most senior employee in the Toronto division, reporting to the vice-president of sales and operations in Montreal. She managed up to 13 members of the sales team to generate advertising revenue in Toronto and English Canada. Unfortunately for Lake, La Presse decided to close its Toronto office in 2019 and as a result, she was terminated without cause. She then sued La Presse for wrongful dismissal.

The uncontroversial issue at trial was the length of the notice period. After considering the relevant factors, the trial judge determined that eight months of notice was appropriate, which was to include a bonus payment Lake would have earned during that time.

Lake’s duty to look for work

Contrary to what many employees assume, payment in lieu of notice (also known as wrongful dismissal damages) is not a reward for past service or a job well done. Rather, it is intended to help an employee bridge the gap to new employment. For that reason, an employee who alleges wrongful dismissal has a legal duty to look for comparable employment. This is known as “mitigation.”

When an employee fails to make reasonable job search efforts following their termination, there can be a deduction from their wrongful dismissal award for their failure to “mitigate.” That said, mitigation arguments can be an uphill battle for employers. For one, it is the employer’s onus to prove that the employee did not conduct a reasonable job search. This typically requires, at minimum, that an employer show some evidence of reasonably comparable jobs that the employee should have applied to, but didn’t. Secondly, the employer must demonstrate that, had the employee applied to those jobs, they would have been successful in securing new employment.

In the original lower court decision, Lake was deemed to have failed in making reasonable job search efforts.

Firstly, she waited too long to start looking for work. Although she was notified of her termination on March 26, 2019, she could not prove that she started looking for work until at least June. In the trial judge’s view, Lake should have been ready to begin her job search sooner.

Secondly, the trial judge found that Lake “aimed too high” in applying for vice-president roles and that she should have eventually begun applying for less senior roles.

Unfortunately for La Presse, the Ontario Court of Appeal reversed the lower court’s finding that Lake failed to mitigate. According to the ONCA, the trial judge made several mistakes regarding mitigation.

Firstly, the ONCA ruled that a dismissed employee is not required to begin searching for a lesser paying job after a period of attempting to find similar employment. This is because the obligation of a terminated employee is to seek “comparable employment”, which typically is employment that is comparable in status, hours, and remuneration to the position held at the time of dismissal. There was no obligation for Lake to seek out less remunerative work.

Secondly, the ONCA took issue with the finding that Lake “aimed too high” in her applications. In doing so, the trial judge placed too much emphasis on the job titles, without giving proper consideration to Lake’s evidence that the positions were similar to her prior work experience.

The ONCA reasoned that, without evidence directly contradicting Lake’s assertion that the roles she applied for had similar job responsibilities, the trial judge simply speculated based upon the title of the positions alone, that such positions were not comparable.

Furthermore, the trial judge did not properly answer the second part of the mitigation test: that is, if reasonable steps in mitigation had been taken by Lake, would she have found a comparable position?

As such, Lake was awarded the full 8 months of wrongful dismissal damages, without any deduction for mitigation.

This case confirms the high bar employers face when arguing that a terminated employee did not conduct a reasonable job search.

However, not all is lost for employers. Notably, the Court of Appeal agreed that Lake unreasonably delayed the start of her job search. Furthermore, this case provides a clear roadmap for actions employers should take in the immediate aftermath of a termination.