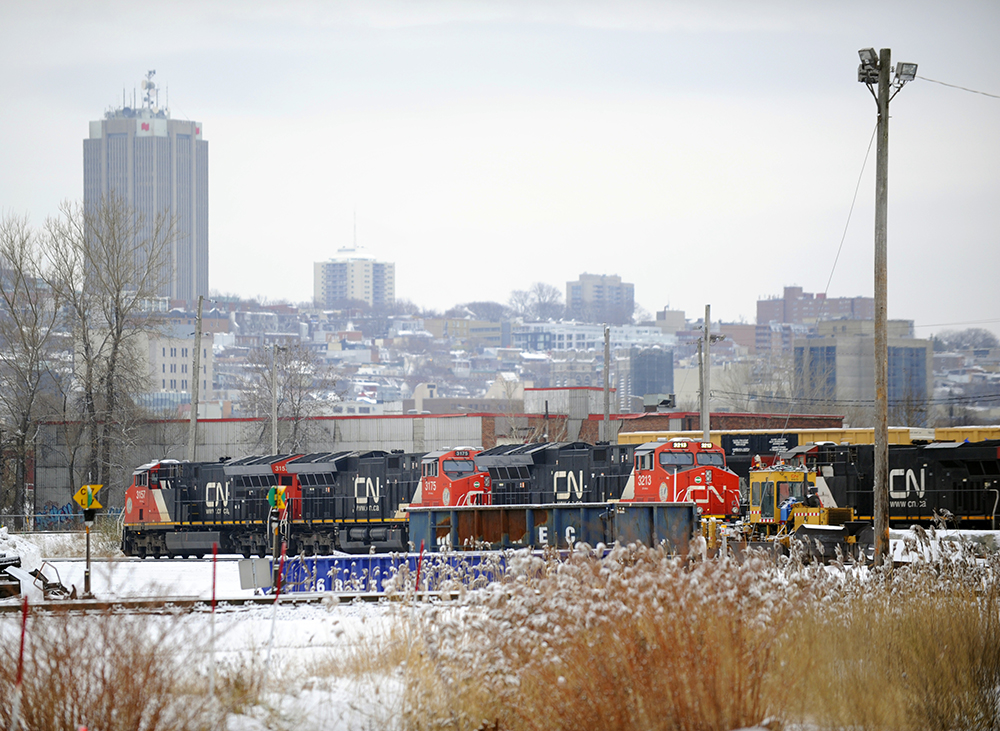 By Josh Boak And Zeke Miller

He said the tentative deal “will keep our critical rail system working and avoid disruption of our economy.”

The Democratic president believes unions built the middle class, but he also knew a rail worker strike could have badly damaged the nation’s economy. That left him in the awkward position of espousing the virtues of unionization in Detroit, a stalwart of the labor movement, while members of his administration went all-out to keep talks going in Washington between the railroads and unionized workers in hopes of averting a shutdown.

But after a long night, the talks succeeded and Biden announced Thursday that the parties had reached a tentative agreement to avoid a shutdown that would go to union members for a vote. He hailed the deal in a statement for avoiding a shutdown and as a win for all sides.

“These rail workers will get better pay, improved working conditions, and peace of mind around their health care costs: all hard-earned,” Biden said.

“The agreement is also a victory for railway companies who will be able to retain and recruit more workers for an industry that will continue to be part of the backbone of the American economy for decades to come.”

It looked far more tenuous for the president just a day earlier.

United Auto Workers Local 598 member Ryan Buchalski introduced Biden at the Detroit auto show on Wednesday as “the most union- and labor-friendly president in American history” and someone who was “kickin’ ass for the working class.” Buchalski harked back to the pivotal sitdown strikes by autoworkers in the 1930s.

In the speech that followed, Biden recognized that he wouldn’t be in the White House without the support of unions such as the UAW and the International Brotherhood of Electrical Workers, saying autoworkers “brung me to the dance.”

But back in Washington, officials in his administration at the Labor Department were in tense negotiations to prevent a strike — one of the most powerful sources of leverage that unions have to bring about change and improve working conditions.

Strike would have cost $2 billion a day

Without the deal that was reached among the 12 unions, a stoppage could have begun as early as Friday that could halt shipments of food and fuel at a cost of $2 billion a day (all figures U.S.).

Far more was at stake than sick leave and salary bumps for 115,000 unionized railroad workers. The ramifications could extend to control of Congress and to the shipping network that keeps factories rolling, stocks the shelves of stores and stitches the U.S. together as an economic power.

That’s why White House press secretary Karine Jean-Pierre, speaking aboard Air Force One as it jetted to Detroit on Wednesday, said a rail worker strike was “an unacceptable outcome for our economy and the American people.” The rail lines and their workers’ representatives “need to stay at the table, bargain in good faith to resolve outstanding issues, and come to an agreement,” she said.

Biden faced the same kind of predicament faced by Theodore Roosevelt in 1902 with coal and Harry Truman in 1952 with steel — how do you balance the needs of labor and business in doing what’s best for the nation? Railways were so important during World War I that Woodrow Wilson temporarily nationalized the industry to keep goods flowing and prevent strikes.

Inside the White House, aides don’t see a contradiction between Biden’s devotion to unions and his desire to avoid a strike. Union activism has surged under Biden, as seen in a 56% increase in petitions for union representation with the National Labor Relations Board so far this fiscal year.

One person familiar with the situation, who spoke on the condition of anonymity to discuss White House deliberations on the matter, said Biden’s mindset in approaching the debate was that he’s the president of the entire country, not just for organized labor.

With the economy still recovering from the supply chain disruptions of the pandemic, the president’s goal is to keep all parties so a deal could be finalized. The person said the White House saw a commitment to keep negotiating in good faith as the best way to avoid a shutdown while exercising the principles of collective bargaining that Biden holds dear.

Biden also knew a stoppage could worsen the dynamics that have contributed to soaring inflation and created a political headache for the party in power.

Vale added that the sticking point in the talks was about “respect basically — sick leave and bereavement leave,” issues Biden has supported in speeches and with his policy proposals.

Sensing political opportunity, Senate Republicans moved Wednesday to pass a law to impose contract terms on the unions and railroad companies to avoid a shutdown. Democrats, who control both chambers in Congress, blocked it.

“If a strike occurs and paralyzes food, fertilizer and energy shipments nationwide, it will be because Democrats blocked this bill,” said Senate Minority Leader Mitch McConnell, R-Ky.

The economic impact of a potential strike was not lost on members of the Business Roundtable, a Washington-based group that represents CEOs. It issued its quarterly outlook for the economy Wednesday.

“We’ve been experiencing a lot of headwinds from supply chain problems since the pandemic started and those problems would be geometrically magnified,” Josh Bolten, the group’s CEO, told reporters. “There are manufacturing plants around the country that likely have to shut down. … There are critical products to keep our water clean.”

The roundtable also had a meeting of its board of directors Wednesday. But Bolten said Lance Fritz, chair of the board’s international committee and the CEO of Union Pacific railroad, would miss it “because he’s working hard trying to bring the strike to a resolution.”

Back at the Labor Department, negotiators ordered Italian food as talks dragged into Wednesday night and the White House announced the agreement at 5:05 a.m. on Thursday.