Features Managing/Leadership
The case for slowing down, and thinking 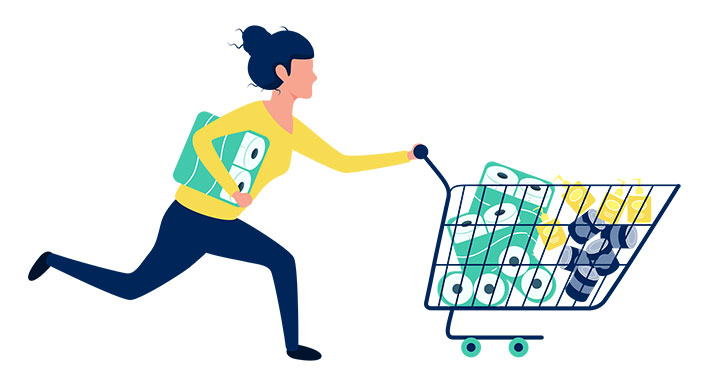 We live in a busy, complex and stressful world where speed trumps quality and connection is expressed by likes, shares and a variety of emojis.

Empathy is a valuable skill for effective connection, communication and leadership. While it seems to always rank in the top five skills that every leader should possess, as evidenced in military training manuals to corporate organizational development programs, it is often underrated and ill-assumed.

Not to confuse it with sympathy, which is based on feelings of sorrow or pity for someone, empathy is rather the ability to imagine and understand the thoughts and emotions of another person from their perspective, by figuratively placing yourself in their shoes, and responding accordingly.

“It is an essential component of emotional intelligence or EQ, which has proven to be more important than IQ in the overall success and trajectory of a leader,” says Janey Piroli, vice-president of global organizational development at McCain Foods.

She honed her expertise across 20 years of experience in leadership development, team and executive coaching.

Considered a right-brain activity, empathy is controlled by a part of the cerebral cortex. This part of the brain allows us to distinguish our own emotional state from that of another person.

According to Prudence Gourguechon, MD, consultant on the psychology of business and dean at Chicago Psychoanalytic Institute, “We are all born with a level of capacity for empathy. A threat or sense of a psychological injury diminishes empathy and can lead us into scapegoating.”

As a mental muscle, our levels of empathy are never fixed and can be flexed appropriately to people and situations. However, it appears that when there’s stress or strain, empathy is one skill that is often forsaken.

Initial responses to COVID-19 is a prime example. In a time of fear and uncertainty, people’s abrupt and irrational behaviour of hoarding food products and toiletries with complete disregard for others shows how stress and strain can negatively affect empathy, or lack thereof.

Gourguechon, who has been studying human behaviour for over 35 years, adds that empathy is a skill that can also be cultivated through intentional effort.

Thankfully, as the initial shock of COVID-19 wore off, many people demonstrated empathy by shifting their thoughts and actions to supporting vulnerable members of society.

Harvey Deutschendorf, an emotional intelligence expert based in Edmonton, believes people are more likely to be empathetic if their parents or guardians were as well.

On a similar note, Donna Letchford, co-founder of Circle Viewpoint, a Toronto-based people first, training and development firm, states that empathy is innate and through a person’s first primary relationship (the attachment between a parent and baby) can flourish or fade. Letchford adds that numerous social and environmental causes over one’s life can affect the strength or weakening of it.

Leaders who have a high level of empathy are better able to relate to and understand the needs of their direct reports, team members and even customers. According to Piroli, this helps build healthier and stronger relationships with higher levels of connection, trust and collaboration, which ultimately leads to higher levels of performance and productivity.

Reversely, a leader who lacks empathy can’t connect well with others.

A total lack of empathy can lead people to exhibit very dangerous and damaging behaviours of self-centredness and narcissism.

Kathy Caprino, a Connecticut-based career, leadership and executive coach, works with a number of professionals who bear the brunt of narcissistic behaviour. She warns that a lack of empathy generates challenges in communication and relationship building.

“Simply put, empathy is not something you pull out of a hat and start to use in a crisis or when you need something. It’s a way of living and operating and involves your emotions, language and cognition,” says Caprino. “If you cannot understand, feel or relate to what others experience, and if you can’t sense what others need and want from you, then you’re operating alone and, in a vacuum, and that’s a dangerous place to be as a leader or manager.”

As a therapist, Caprino discovered that leaders unable to demonstrate empathy are often suffering from their own “wounds” — areas in which they feel chronically angry, resentful, unloved, unheard and undervalued — which prevents them from feeling deep concern and care for others. In this case, Caprino states that it’s important to heal yourself first.

Charisma is not the same as empathy.

“We have a fundamental human psychological need to join a charismatic, exciting leader who appears brilliant and suggests a riveting experience,” says Gourguechon. “However, the more charismatic someone is, the less empathetic they often are as they’re too focused on themselves than to identify with others.”

One way to see past a charismatic leader’s contagious enthusiasm is to listen to how they talk. Do they speak about profit over people or acknowledge their team’s contribution to the company’s success? Can they think about other people without the lens of their own perspective?

“An ideal leader would be someone who balances both charisma and empathy,” says Gourguechon.

Too empathetic is also a possibility and cause for concern. Deutschendorf warns that if a leader becomes so concerned with pleasing everyone, they become immobilized and unable to make decisions.

Empathy can enter any and all human interactions in the workplace. One of the greatest benefits of having empathy at work is that it fosters an environment of support, trust and inspiration, which leads to engagement, empowerment and inspiration for people to perform their best. Studies show that empathetic leaders also build loyalty, have higher levels of productivity, satisfaction and less absenteeism on their team.

Letchford’s Circle Viewpoint consulting practice focuses on developing a “Culture of Care” through experiential learning in the way that people interact with one another — listen, read and respond with empathy.

What’s the hurry in getting that policy implemented? Driving that organizational change? Or making that business decision that impacts not only your bottom line, but affects your employees, their families and their community?

The ability to pause, actively listen to verbal and non-verbal cues, connect without interruption, ask questions without giving advice and acknowledge the feelings and perceptions of your target audience before reacting are key steps to cultivating empathy.

“Just like me” is a simple practice that Piroli uses in her mindfulness-based emotional intelligence training program, whereby she asks participants to close their eyes and mentally repeat statements said aloud. This exercise encourages participants to think outside themselves and realize we have more in common with each other than we think.

Varun Vashishat, a strategic leader in the financial services industry, participated in one of Piroli’s mindfulness-based training programs and speaks highly of his experience. While he considers himself to be naturally empathetic, the program strengthened his sense of self-awareness and empowered him to tweak his approach to others in the workplace.

“I have more candid conversations with my team and realize that our daily experiences of joy, wins and losses are shared,” says Vashishat.

“We are equal contributors and benefit greatly from genuine conversations where we not only hear each other, but we actively listen, which has helped develop a culture of trust and transparency.”

Vashishat has fond memories of great managers he’s worked with before who’ve demonstrated strong empathy skills and the positive effect they’ve had on him. “Even after our paths separated, we were able to retain our friendship — and of course, I would be ecstatic if I had the opportunity to work with them again!”

Meline Beach is a freelance writer.

Related
Slowing COVID-19 spread should be ‘singular objective’ of business leaders: Top Canadian CEOs
COVID-19 is stressing out workers: Here’s how leaders can respond
Offices aren’t ready for this reality: Every employee is now a germaphobe
The new workplace superpower: The ability to focus
Tags