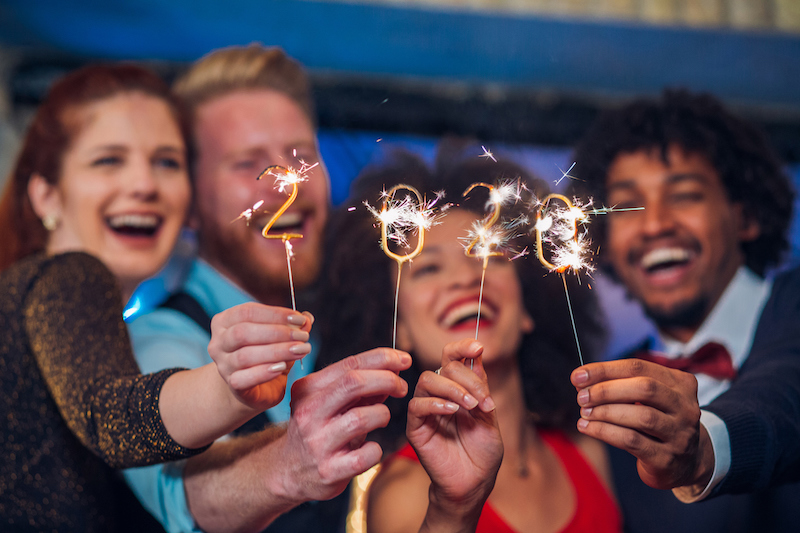 Drop a few pounds, get more exercise, kick whatever dirty habits you have — these are the run-of-the-mill resolutions you’ve heard on repeat as we say farewell to 2019.

The workplace could also use some resolution attention. For leaders looking for a rock-solid idea for their organizations, repeat after me: “In 2020, I will root out toxic managers.”

Odds are, you have one on the payroll. And it’s equally likely you know exactly who it is: Whether it’s whispers around the office, high turnover on a specific team or even formal complaints, these managers are not good at hiding.

But they are great at performing, which is why you’ve turned a blind eye. Make 2020 the year you stop doing it.

I can hear the murmuring — it’s not broke, so why fix it?

Simple. Meeting financial targets or team goals is only part of the story. The long-term damage this toxic manager is causing to your organization far outweighs the short-term gain you think you’re getting.

Perhaps the most damaging consequence of a toxic leader is turnover.

Estimates vary on the true cost of turnover — I’ve seen studies claim it to be as much as two or three times the employee’s annual salary. A study by the Society for Human Resource Management (SHRM) out of the United States pegged it a bit lower, a more conservative range of six to nine months’ salary.

That includes all kinds of headaches such as posting the job and interviewing candidates; onboarding; mistakes the new hire is bound to make; training; and more.

Plus, turnover breeds more turnover. When good people leave, it makes others question why they’re sticking around. It can truly create a domino effect of talent heading for the door.

Damage to the employer brand

Employer branding is hardly a new concept, but it’s an important one. Your brand as an employer impacts your ability to attract top talent.

If you lose talent because of unchecked rogue behaviour, they will tell their friends and colleagues — or perhaps go and vent on employer ratings websites like Glassdoor.

You spend — or should be spending — a lot of time building a reputation as a great place to work. It’s not easy work, but it’s critical. Letting a toxic manager run rampant over staff will undermine your reputation as an employer-of-choice in one-tenth of the time it took you to build it.

Like breeds like. If you let a toxic manager have free reign to bully, harass and trample staff, others will begin to mimic that behaviour — especially if they see it being rewarded.

It’s a cancer that quickly spread throughout your organization.

Confronting a toxic manager is never easy. It is a difficult conversation, but there are myriad ways to go about it in an inoffensive manner and avoid the irony of being a bully when trying to tame one.

Feedback reviews: 360-degree feedback reviews can be helpful. It can give managers insight into what tactics are causing grief among their employees. Just ensure it is truly an anonymous survey.

I once saw a toxic manager open and close his feedback survey for each individual employee so he could monitor their responses and confront them if they said something negative.

Coaching: One-on-one coaching can also be powerful. First, it strokes the ego of the manager a little bit — you care enough to invest in him. Second, it provides an independent third party with no agenda and no history. A good coach can talk through scenarios and explain why his standard knee-jerk response is counterproductive to getting the job done.

Explain the consequences: Toxic managers can be a bit like bulls in a china shop. They may not fully understand their actions or why they are having a negative impact on their teams. If you can connect the dots, there’s a good chance their behaviour will improve. Remember, most people are good and if they see a more effective method, they will embrace it.

If you encounter resistance at every turn, and see no hope of turning the behaviour, you might have to cut ties.

Being a toxic manager is not illegal (though, the onus is on employers to provide a safe working environment and harassment and bullying has gotten plenty of attention).

It will almost certainly not provide just cause for dismissal. But, in Canada, you can fire someone without cause — though you will have to cut a potentially sizeable cheque for reasonable notice, taking into account things like seniority, age and what the employment contract states.

The CFO may wince when that payment is made, but consider it an investment in the organization. The ROI will quickly prove itself, with one asterisk.

You need to put plenty of time, effort and resources into finding the replacement. If you replace a bully with another toxic manager, the entire exercise will have been a waste of time and money.