Columns/Blogs Mental Health
There is a limited supply of tomorrows 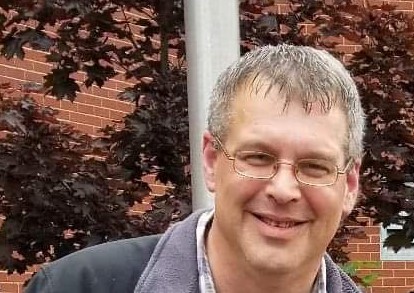 Jasen Purdy, 52, went missing after going for a walk near his home in Lower Sackville, N.S.

On the weekend, my wife and I drove up to Ottawa for a mini getaway to take in some sights, enjoy the unseasonably warm weather and visit with her son who is studying at Carleton University.

When was the last time you could sit outside on a patio, sans heaters, in the Byward Market on a November evening?

When we woke up in our hotel Saturday, the usual morning routine began. I started flipping through my phone, as my partner got ready, and froze as I saw a Facebook post from a long-lost cousin who lives in Lower Sackville, N.S.

She shared the following press release from the RCMP: “Lower Sackville RCMP is seeking public assistance in locating Jasen Purdy, 52, who was last heard from on Nov. 3 at approximately 9 p.m.”

Jasen is my first cousin. The post was shared by his sister Janyt.

It took a minute to sink in.

That’s not Jasen. The Jasen I know has flowing brown hair.

But that’s the problem, and this is a hard column to write. I haven’t spoken to him since, well, I can’t tell you. Maybe 2010? A brief phone call where he expressed some struggles he was having with life and we both promised to better keep in touch.

The last time I saw him in person was the mid-1990s. But it wasn’t always that way.

We grew up together in Windsor, Ont. His mom was my dad’s sister, and we spent a ton of time at each other’s houses. Thanksgiving, Christmas, random Sundays.

Jasen was two years older, and about 2,000 per cent cooler, than me. I recently went through some old home videos, and there isn’t a single second of footage where he isn’t hamming it up.

He reminded me of Jack Tripper, the character played by John Ritter on Three’s Company. The hair, the charisma, the humour.

A love of music

Jasen essentially introduced me to music. They had a great sound system in the basement, and he pulled out a 45 of Billy Joel’s “It’s Still Rock and Roll To Me.” He cranked it up, belting out the lyrics while dancing around in rubber boots.

His family moved to Nova Scotia in the early 1980s, and we slowly drifted apart. The last time I saw him, he was in Windsor visiting some friends. We jumped in the car and drove across the border to Detroit to do some shopping.

At a record store in Oakland Mall, he picked up the latest CD from an objectively terrible band called “Britny Fox.” (He didn’t always have great taste in music.) The cashier told Jasen the band had been in the store five minutes ago. That sent Jasen on a whirlwind rush around the mall to track them down.

Which, of course, he did. He was beaming and bouncing around.

“That was so cool,” he said, adding it’s the type of thing that would only happen in Detroit and never back home in Nova Scotia.

I knew, through his mom, that he had been having some struggles with mental health. But I didn’t really think much of it – at the time, I was blissfully unaware of the real toll of things like depression and living my own life and going through my own issues.

I lost touch with my aunt as well, barely speaking with her before she passed away. I assumed Jasen and Janyt were, well, being Jasen and Janyt. Living their lives happily in Nova Scotia, facing the odd struggle as they progressed through the years.

Every once in a while, I’d think “I should call them.” I never did.

I figured I would drop them a line the next time I was in Nova Scotia. I never went.

There is a paralyzing helplessness that overcomes you when you read a post about a family member in trouble thousands of kilometres away. I would quietly check Facebook for updates on the search for Jasen while wandering around Ottawa.

“Ground search has been actively looking as well as air,” Janyt wrote as the day ended. “They will be on it again tomorrow!”

On the drive home on Sunday, we pulled into a Tim Hortons to stretch our legs. I took the opportunity to peek, reluctantly, at Janyt’s Facebook feed.

“It is with the heaviest of hearts that my brother has been found and is no longer with us in body,” she wrote.

The update from the RCMP was clinical: “Missing man found deceased.”

“Our thoughts are with the man’s family at this difficult time,” the Mounties said.

That’s where my thoughts are. With Janyt. With Jasen’s two children, Austen and Jessica, whom I don’t know. But they are family.

Why is this column in a workplace publication? It’s simple. We spend so much time talking about mental health among our employees. I’ve worked with some of the brightest minds in psychological safety, developing award programs and profiling best practices from some incredible organizations.

I’ve been trained in mental health first aid and completed the Mental Health Commission of Canada’s The Working Mind program. I’ve ensured my staff knew my door was open, that I was available for them whenever they needed.

But it never crossed my mind to call my cousin. To check in with him after all these years, and just say hello. I don’t know exactly what happened with Jasen, why he left his home that night or how he died.

My cousin Jennifer, from the other side of the family reached out with a kind message last night, expressing condolences. I thanked her and said I don’t reach out to my family enough.

“Don’t every worry about that. Ever! Xo,” she responded.

I do worry about it, though. My ask for readers is simple: If you have family, especially ones you haven’t talked to in a while, pick up the phone.

The tomorrows eventually run out.

If you’re in a position to donate, please consider giving to the GoFundMe set up by his children to help cover the funeral costs. Visit https://www.gofundme.com/f/jasen-purdy