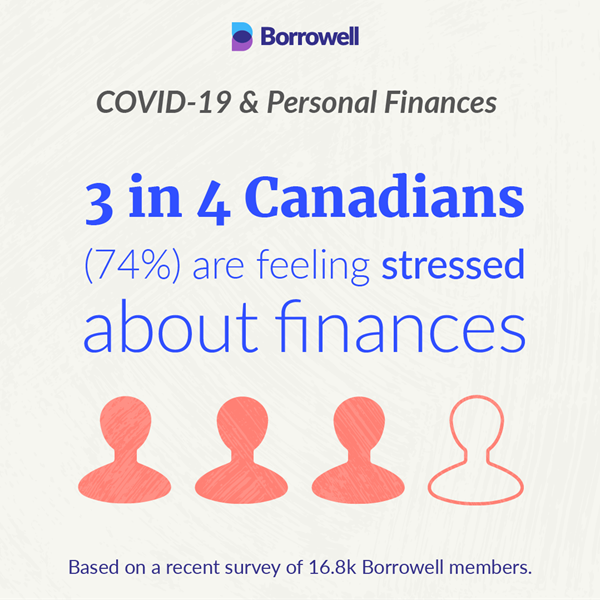 The global pandemic is taking a toll on Canadian families, particularly when it comes to financial issues — according to a new survey.

Nearly three-quarters of respondents (74 per cent) said they feel some sort of stress related to COVID-19. More than 40 per cent said their biggest financial worry is  how to pay for basic necessities such as food and rent.

“We are facing a health and economic threat the likes of which we’ve never seen,” said Andrew Graham, co-founder and CEO of Borrowell, the financial technology firm that conducted the study.

Graham said the survey is a “sobering reminder” of how precarious the financial situation is for millions of Canadians.

The study generated 16,000 responses. People were asked questions about their current financial state, with findings highlighting reduced or limited income, fear about job security and the inability to pay for basic living expenses.