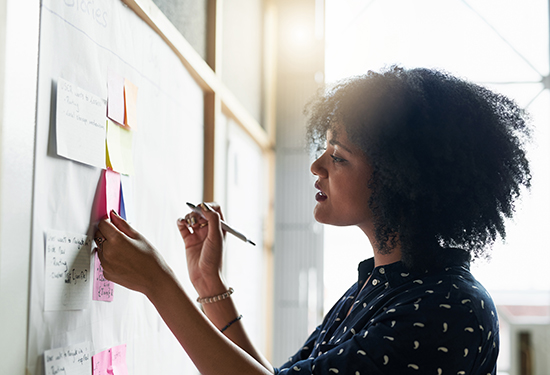 To be nimble, organizations must make decisions in a timely fashion and at the right level in the business. I’m not talking here about big strategic decisions – these are few and far between.

Instead, I’m referring to the thousands of smaller decisions that the organization’s talents make throughout the year. So, which model should we use to drive nimbleness?

The most popular frameworks are not the best for nimbleness

An internet search on the phrase “decision-making frameworks” will yield a plethora of options.

Interestingly, the most popular frameworks – the ones featured prominently on the search results – are not the best for nimbleness. To understand why, let’s start with a brief history of the three classic decision-making frameworks: RACI, DACI and RAPID.

RACI: The granddaddy is the RACI framework. It appeared in the 1950s and it’s unclear who invented it. However, it’s not really a decision-making model. Instead, it is a tool for the execution of decisions.

DACI: In the 1980’s, software company Intuit came up with the DACI model – which is for both decision making and execution.

RAPID: During the dot-com era, strategy consulting firm Bain & Co trademarked its RAPID framework. It is perfectly suited for big, strategic decisions and their executions.

Over the years, a bunch of alternatives appeared for each of the three classic frameworks including PACSI, RATSI, PARIS, RASIC, RASCI, RASCEIO, PDQA, and DRASCI.

The problem with these frameworks

All these models are quite complicated — which is not conducive to nimble, day-to-day decision making.

To start with, the acronyms under which they are known feature at least four letters and up to seven. That is too many letters; it is not easy to remember; and it creates confusion among those involved in decision making.

Also, all these frameworks incorporate an element of execution. Don’t get me wrong, execution is critical. Indeed, what is the point of making decisions if you don’t implement them?!

However, by bridging decision making and execution, these models complicate the matter. And when things are complicated, well, it goes against agility!

If we keep going through the results of the above internet search – and assuming we look very carefully – we will eventually find a few mentions of a simpler alternative to the DACI model.

First, it focusses squarely on decision-making; it doesn’t try to tackle execution.

Second, with only three letters – DCI or DAI – it is easy to remember.

Third, the roles corresponding to each of these three letters are straightforward. There is no confusion.

In other words, DCI – also known as DAI – doesn’t try to boil the ocean; it’s easy to remember; and it’s clear and pragmatic.

For agility’s sake, give it a try!

Edmond Mellina, ORCHANGO’s president and co-founder, is internationally respected for his expertise in nimble change leadership and culture change. For the past 30 years, he has been executing strategic transformations, building agile capabilities, and coaching clients across sectors in Europe, North America and the Middle East.
He is a former corporate transformation executive in drastically changing industries: CIO at Delta Hotels when Expedia disrupted the hotel business; and VP Corporate Development & General Manager USA for the technology business of Envoy Communication Group when design and marketing agencies started to become digital.
Follow him on Twitter or LinkedIn. Check out ORCHANGO’s website.

Related
Managing and developing high-potential employees
Leadership lessons from the U.S. presidential election
Onboarding a new leader has all the pain, glory of a political campaign
A better way: Leadership nudges through COVID-19, and beyond
Tags