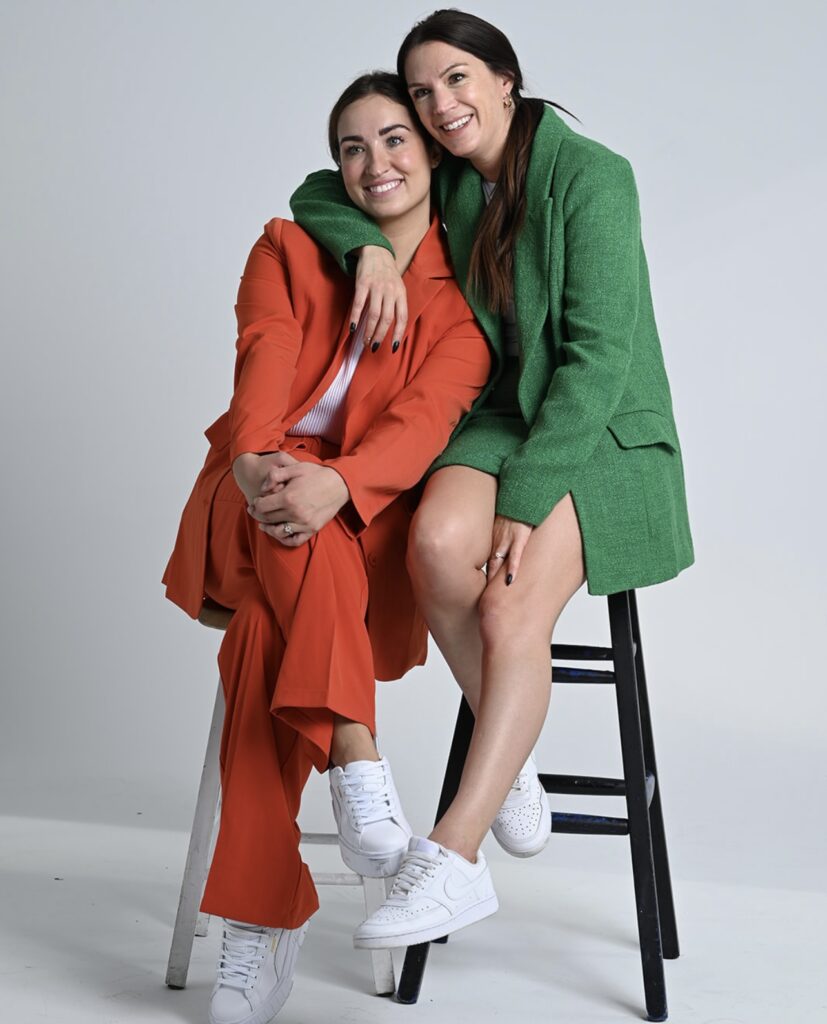 When Marissa McNeelands was hiring a senior artificial intelligence product manager last year, she asked recruiters to suggest an equal number of male and female candidates.

They didn’t put forward any women, but she knew there had to be some who were more than qualified for the job.

“Really it was going into my network, talking to people, pushing people to apply,” McNeelands, a Toronto artificial intelligence worker, recalled.

“I find with so many women they just need that extra little push to be like ‘yeah, you are qualified, go for it, ask for more money.”’

That experience and others like it are why McNeelands thinks Canada needs Toast, a women’s collective and talent organization, she and April Hicke, a digital product director in Calgary, dreamed up at Mont Tremblant’s spa in Quebec last August.

‘Toasting your nine to five goodbye’

By October, Toast had launched and in January, it opened for memberships with 2,000 women on the waitlist.

The name is “a play on toasting your nine to five goodbye” because the company strives to “get women out of the corporate jobs they hate” and is also a reference to making bread, a slang term for money, said McNeelands.

Members who pay $29 a month for Toast get access to a community of women in tech, online workshops, in-person events, job hunt and interview resources and even legal advice during weekly Q&A sessions with a labour lawyer.

Companies will pay Toast a commission fee when hiring someone based on a referral. The fee, which is 20 per cent of the worker’s base salary, will be returned within three months if the placement doesn’t work out.

“Really our mission statement is to help women get to do the work that they want, at the pay that they deserve,” McNeelands, Toast’s chief executive, said.

Women had a 6.29 per cent chance of working in tech in 2001, but by 2016, that had fallen to 4.91 per cent, December research from the Brookfield Institute for Innovation + Entrepreneurship at Toronto Metropolitan University showed.

Meanwhile, men had a 20 per cent chance of being a tech worker, which remained unchanged between 2001 and 2016.

McNeelands and Hicke want women to be just as likely as men to work in tech and to earn the same wages. They feel the imposter syndrome — the belief that one’s success is the product of luck rather than skill or experience — and the way positions are marketed are contributing to the current inequities.

“We were hearing a lot of recruiters say that whenever postings go up, they don’t even get women who will apply,” Hicke said.

Many women won’t make a play for the job unless they meet 100 per cent of the job criteria, McNeelands added.

Employers part of the problem

Employers are contributing to women’s inequities in tech too. Many companies have “flashy diversity, equity and inclusion pages and then you get into the organization and… it’s an awful place to work,” said Hicke, Toast’s chief growth officer.

At least one business recently also told her “we don’t really pay market value for roles but we make up for it with the culture.”

Toast will vet employers and then match them with potential hires, but wants to bring anonymity to the process.

Through its system, candidates will build a digital profile that strips out their name, photo and other details that could bias a hiring committee from choosing to interview someone.

Employer names are replaced with descriptors like “big four firm” or “fintech startup.” University or college names and their location are removed, leaving only the degree or diploma received. Even years of experience are omitted.

“People that come with foreign experience, employers are ruling them out right off the bat, but these people have a crazy amount of experience that’s so applicable,” McNeelands said.

In organizations with more than 500 employees, Asian-named applicants are 20 per cent less likely to receive a job interview callback and in smaller organizations, the disadvantage is nearly 40 per cent, a study from Toronto Metropolitan University and the University of Toronto found in March 2018.

Experts have long believed similar biases may effect candidates who identify as a woman on their resume or who have names someone could perceive as belonging to a minority group.

Hicke and McNeelands, who are running Toast while completing masters degrees, hope to eventually embed machine learning into their matching process.

They also dream of a day when resumes are obsolete, but realize that goal will take time.

“We’ll get there eventually, but I think for now we are focused on building our name, helping more women and ensuring companies are hiring women and treating them fairly.”