Columns/Blogs Health & Safety
Working prisoners are entitled to employment, safety standards just like anybody else 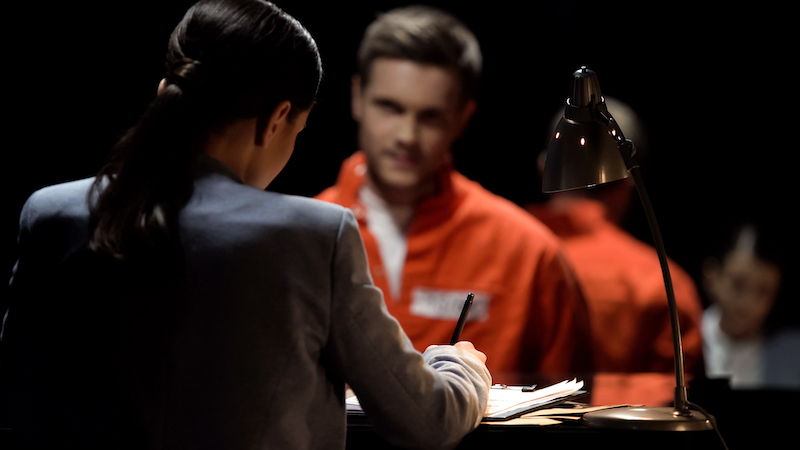 This means that federal prisoners incarcerated in the Joyceville Institution near Kingston will no longer provide slaughterhouse labour for the private firm.

The announcement comes after years of campaigning by animal rights and prison farm activists. Groups like Evolve Our Prison Farms have long criticized the Joyceville abattoir operation as cruel to animals and exploitative of prisoners. They also raised a number of concerns about the operation’s lax oversight and poor environmental practices.

CSC has yet to announce if it will seek a new contractor, but regardless of what happens to the abattoir at Joyceville, it is long past the time for Canada to reconsider its approach to prison labour.

As Halifax lawyer Asaf Rashid and I argue in our new book, Solidarity Beyond Bars: Unionizing Prison Labour, there is no good legal or moral argument for denying prisoners their rights as workers.

According to the law and to correctional policy, prisoners in Canada work as part of their rehabilitation, not as punishment. This labour takes two main forms.

The first is institutional maintenance — prisoners perform much of the cooking, cleaning, clerical and other work necessary for the day-to-day functioning of the prisons in which they are incarcerated. Some also work in prison industries, designed to give prisoners “work-like” experience.

Federal prison industries are operated by CORCAN, a special operating agency of the Correctional Service of Canada. Among other activities, prisoners working for CORCAN produce office furniture and textiles, run construction, printing and laundry services and work on Canada’s few remaining prison farms.

The year before, Zinger honed in on CORCAN’s inadequate programming for women, noting that “jobs for women are often grounded in gendered roles and expectations, offering few marketable skills.”

“Few CORCAN-run industries provide training or teach skills that are job-relevant or meet labour market demands. The service has continued to maintain obsolete infrastructure and technological platforms for such an extended period of time that these problems now appear insoluble.”

Pay is another significant issue. In 2013, Stephen Harper’s Conservative government implemented new room and board and other fees that amounted to a 30 per cent wage clawback and eliminated incentive pay for CORCAN work.

According to the OCI, since these changes, the average pay for prisoners working full time is around 30 cents an hour. Meanwhile, the cost of living in prison has skyrocketed as more and more expenses — including the cost of basic hygiene items — have been downloaded onto prisoners.

Money is also required for the letters and phone calls prisoners need to maintain community relationships, which are viewed favourably when parole boards make decisions. What’s more, scholars _ and prisoners themselves _ have warned that low pay hinders prisoners’ ability to successfully reintegrate post-release (like avoiding committing crimes out of financial necessity), which ultimately reduces public safety.

Prison labour, like other work, can also be dangerous and unhealthy.

However, just as they are excluded from employment standards and labour laws, prisoners are generally excluded from health and safety laws designed to protect workers.

There is no public safety justification, let alone a moral one, for the exclusion of working prisoners from normal employment and health and safety protections. There’s no reason at all to curtail prisoners’ labour rights.

A union for prisoners may seem far-fetched, but there is historical precedent. In 1977, provincial prisoners working in a privately managed abattoir at Ontario’s Guelph Correctional Centre unionized, winning full rights as workers. The union lasted nearly two decades before the operation was moved off the prison grounds as part of a corporate merger.

As the OCI and other critics have made clear, federal prison labour schemes are failing prisoners and the public. In looking to the future, CSC should seriously consider this success from the past. All workers deserve full rights and protections.

Jordan House does not work for, consult, own shares in or receive funding from any company or organisation that would benefit from this article, and has disclosed no relevant affiliations beyond their academic appointment. This article is republished from The Conversation under a Creative Commons license.

Related
Virus diary: Life with an essential worker is a daily dance
Will the world of work ever be the same?
C-suite leadership is the nagging gap in prevention
Five ways to reduce burnout risks for remote employees
Tags