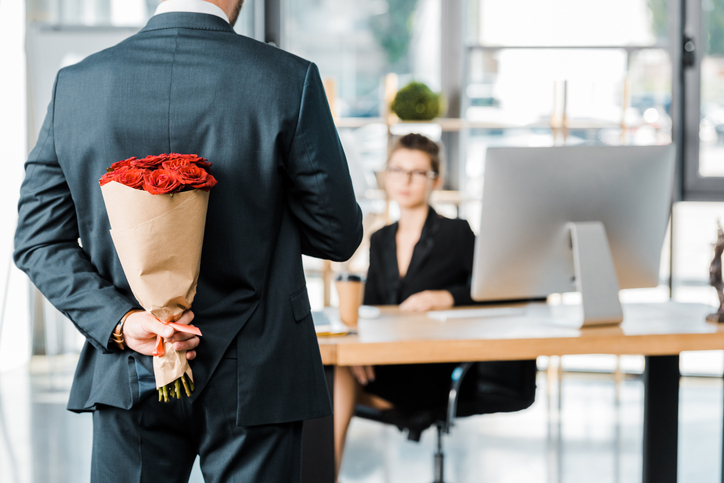 Romantic relationships in the workplace are both common and dangerous to individual careers, depending on the parties involved.

McDonald’s CEO Stephen Easterbrook found out the hard way in November, when he was dismissed from the fast-food giant’s top post in the U.S. upon discovery that he was involved in a consensual relationship with an employee.

The relationship violated company policy and he was terminated from his position by the board. Easterbrook had served as McDonald’s CEO for five years.

Romantic relationships between senior executives and staff should be avoided if at all possible, says Nick Rossi, legal counsel and legal claims manager for Peninsula Canada, an HR consultancy in Toronto.

“It’s probably the best bet, especially with huge companies where the CEO is a public figure,” he says. “The last thing you want is — even if there isn’t a conflict of interest — your employees perceiving it to be one. That could result in jealousy and poor morale and rumours, all things that would affect employee turnover in the organization.”

“It’s so misunderstood for a whole bunch of reasons,” he says. “For the most part, what you do on your own time is still your own business. It only becomes a concern if it has an impact on the workplace.”

Workplace relationships are common, and pursuit of zero-tolerance and non-fraternization policies are not worthwhile, says Rudner.

“The reality is you’re never going to stop people from having those close relationships with their colleagues. Because for most of us, we spend more time with our work family than we do with our actual family.”

Confusion on office relationship policies is widespread, according to a recent ADP Canada survey of 885 Canadian workers that revealed one-third of working Canadians are currently in a workplace relationship, or have been in the past.

This data should spur employers to action on this file, says Heather Haslam, vice-president of marketing for ADP Canada in Etobicoke, Ont.

“Policies are put in place in order to protect and support employees,” she says. “Employers need to step up [and] work with their employees to create the policies, make sure that as new people come on board, they understand what those policies are.”

Policies need to be reinforced on an ongoing basis to create an environment where employees are not afraid to dialogue when uncomfortable situations arise, says Haslam.

“It’s not just about having a policy in place, but also that people feel empowered and encouraged and not scared to enter into that dialogue to get the support that they need,” she says. “It behooves everybody — leaders and new employees alike — to be asking about this and to promote those conversations.”

Two of 10 survey respondents indicated they felt pressured to take part in the romantic relationship for reasons affecting their career trajectory.

This is reason enough to encourage a culture of transparency and openness, says Haslam.

“Whether or not that was pressure because they thought that it would advance their career, or that it might give them opportunity to be exposed to a more favourable project, or be better received… regardless of why that was — that’s a number that gets my heart rate increased.”

For best practice to be achieved, two policies regarding workplace relationships should be in place, according to Rossi.

The first is an anti-discrimination and harassment policy — a legal obligation in Canada, he says.

“Employers across Canada have a really strict legal requirement to ensure that their workplace is discrimination and harassment-free.”

Establishing a workplace relationship preventing conflicts of interest and relationships between managers and subordinates would also be beneficial, says Rossi.

The policy should also establish a pathway of reporting to an appropriate party and detail specific disciplinary action that would be taken following a violation, he says.

Workplace relationship policy is a growing trend in the social-media era, in which nefarious issues can go viral in a matter of moments, says Rossi.

“As there’s been more attention focused on #MeToo and respect in the workplace, I would say more organizations are probably drafting and implementing these policies,” he says.

“People need to be more careful today than they ever have been in the past and ensure that everyone’s rights are respected properly and that the workplace is a place where everyone feels safe and (is) being treated fairly.”

The fallout of the #MeToo movement has altered perceptions around male-female interactions in the workplace, including a heightened awareness surrounding harassment.

The issue of consensual relationships versus coerced activity is now a focus for many employers, with the presumption of innocence no longer the first reaction, according to Rudner.

It’s important to remember that discipline or dismissal is not because of the relationship itself, but rather due to breach of policy, he says.

And when it comes to CEOs, protection of organizational brand is often paramount, as issues involving senior leaders often have more impact in the public.

Legal advice is always to disclose the relationship and remove the conflict of interest by transferring the employee to another department or directing them to report to another manager, he says.

But it is also difficult to conclude a CEO does not “have an influence over the career path of an employee,” says Rudner. “There will be a very small number of situations like the CEO of a company where it may be almost impossible.”

In rare cases, it may be possible to have the CEO-employee relationship continue, but only if the board agrees to confidentiality and the employee is able to remain insulated, he says.