In professional or personal settings, we need to be aware that there is always someone watching 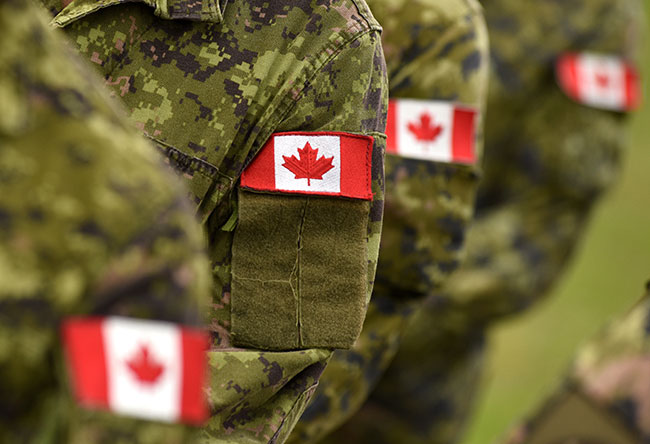 General Lewis MacKenzie's gum-chewing incident was humorous. But not everyone gets off the hook so easily. (Adobe Stock)

Many years ago, I attended a presentation by General Lewis MacKenzie, who retired from the Canadian Forces in 1993.

At this event, the general spoke of his peacekeeping efforts during the siege of Sarajevo. While the warring factions had taken up positions on the hills around the city, MacKenzie’s headquarters were in the valley below, at the international airport. As the highest representative of the UN in Yugoslavia, the general quickly became a fixture, so much so that mail addressed simply to “General MacKenzie, Sarajevo” would reach him without problems.

At some point, the general was being interviewed on CNN, with a Canadian flag in the background. Lacking formal media training, the general forgot that he was chewing gum.

A week later, two huge mailbags were delivered to his headquarters. The first letter he opened was from a lady in Peterborough, chiding him for chewing gum on TV. The other letters contained a total of 2,400 packs of gum.

Of course, this mishap was more amusing than anything else (the audience certainly thought so), and the general’s credibility didn’t depend on TV appearances but on his military prowess. MacKenzie, with minto-fresh breath, went on to break the siege of Sarajevo.

A lack of self-awareness becomes more serious when people’s behaviour goes to the core of their professed values or competencies.

It continues to amaze me how cavalier people can be when it comes to their reputation, which typically takes years to build.

Lessons from the front lines

One of my neighbours, Jack, used to have his personal and corporate tax filings completed by a trusted contact. Jack would keep a neat record of his mileage, expenses and dues, add everything up, and drop it off at his accountant’s office.

Some five years ago, he headed over to the town where the accountant was based, about half an hour away. They spoke briefly, and Jack drove back. Twenty minutes later, while he was still in his car, his phone rang. It was the accountant. “Hi Jack, well, it’s all done, I’ll email you the documents.” Jack: “Great, what do I owe you?” Accountant: “That will be $400 + HST.” Jack: “So let me get this straight—your hourly rate is $1,200?” Of course it wasn’t, and Jack never returned.

From the front lines of HR, I was part of a panel that interviewed candidates for an audit manager position. One candidate checked all the boxes and, as a bonus, had done some project work for the company. When asked in the first round about his strengths, the candidate had said, “With me, the great thing is, I have an idea, and then I implement it.”

Awesome, right? This candidate was on track for an offer of employment, until a panel member asked one more question during the last interview. “At this company, we believe in community involvement and volunteer work. What is your take on that?”

The candidate’s reply: “Hmm… volunteer work. I’ve been thinking about that for a couple of years.” As the panel sat in stunned silence, the candidate didn’t connect the dots. The company proceeded with candidate number 2, and as far as I know, the former runner-up is still there.

We’ve all seen examples of politicians getting shredded in debates. Sometime in the 1990s, I attended a breakfast event in Holland. The theme was the annual federal budget, and the affair was hosted by one of the Big Four accounting firms. After a couple of hundred guests had mingled and binged on bacon and eggs, the organizers set up a video link and beamed in the CEO of the firm, as well as the Dutch finance minister. A moderator took turns asking these gentlemen about the federal budget, and their take on the future of the country. It was all calm, consensual, and constructive.

The answers from the CEO and the minister were unremarkable, until the final question. The moderator asked the accounting boss: “If you were finance minister for a day, what would you do?” The CEO had clearly prepped for this question, as he listed several measures he would implement to save the country, including an overhaul of the ministry, tax reform, prison sentences for cheats, and fines for dog owners who didn’t scoop.

Then, the camera swung to the finance minister for his parting words. And the minister, with a straight face, said: “I have neither the illusion nor the presumption that I would — in one day — be able to understand a complex organization like [Big Four firm X] to such an extent that I could propose and effect meaningful change.”

Whether in professional or personal settings, we need to be aware that there is always someone watching — and likely recording.

Others are quick to pick up on a disconnect between statements and behaviours, between intentions and outcomes, and between experience and judgment.

Congruence and consistency are key. Especially in the digital age, one wrong word can sink you in an instant.

Related
‘Let’s go get both’: Welcome to Talent Canada
What exactly is ‘strategic HR’?
How good governance can stop ‘bro behaviour’ at toxic companies
Leadership lessons from the U.S. presidential election
Tags