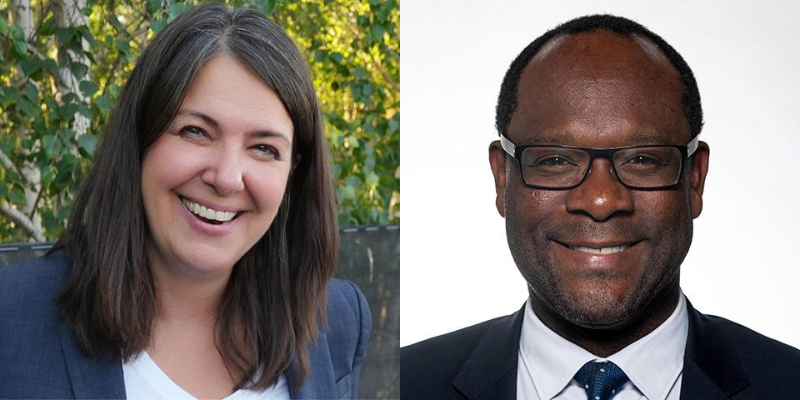 Alberta Premier Danielle Smith is reversing a promise to enshrine human rights protections for the COVID-19 unvaccinated in law this fall.

Instead, Smith said she is phoning up organizations with vaccine mandates to urge them to change their minds, tying it to government funding if need be.

Smith is also asking Albertans to call her government to report on those imposing vaccine mandates.

“The Arctic Winter Games wanted $1.2 million from us to support their effort and they were discriminating against the athletes, telling them they had to be vaccinated.

“So we asked them if they would reconsider their vaccination policy in the light of new evidence and they did. And I was pleased to see that.”

Smith said she heard an Alberta film production has a similar policy for its hairdressers, so she has directed a cabinet minister to call the company to urge it to reconsider.

“That is clear cut intimidation and harassment.”

The legislature is scheduled to resume Tuesday for the fall sitting, but Smith said the agenda will not include her promised bill to amend the provincial Human Rights Act to forbid restrictions based on someone’s COVID-19 vaccination status.

Smith won the leadership of the United Conservatives mainly by leveraging anger within a faction of the party over COVID-19 vaccine mandates and health restrictions that they deemed unnecessary and a profound breach of personal freedoms.

On her first day as premier last month, Smith called the COVID-19 unvaccinated the most discriminated group she had seen in her lifetime.

On Monday, she said she has revisited the human rights issue and believes the problem has become somewhat moot with most employers not having vaccine rules.

And she said rather than be hasty, she wants a more detailed analysis in order to find more durable, broader, long-term solutions and protections later.

“Just making this one change to this one piece of legislation isn’t going to be adequate,” she said.

“(I) didn’t want to do this as a bit of slapdash measure. I want to make sure we’re solving this problem for the future.

“I think my supporters will understand.”

As recently as five weeks ago, Smith said the human rights change needed to be passed immediately, characterizing it as a stand-alone symbolic line in the sand tantamount to an Alberta declaration of freedom.

In an Oct. 20 speech to the Edmonton Chamber of Commerce, Smith told the audience the bill was coming this fall whether they liked it or not.

“I want to give you fair warning: we are going to be making a serious pivot,” Smith told the chamber luncheon.

Smith has promised the legislation would allow the province to reject federal laws deemed as encroaching on provincial jurisdiction but in a constitutionally respectful manner. Smith has not explained how this would be done.

Legal experts have said such an act as described would be unconstitutional.