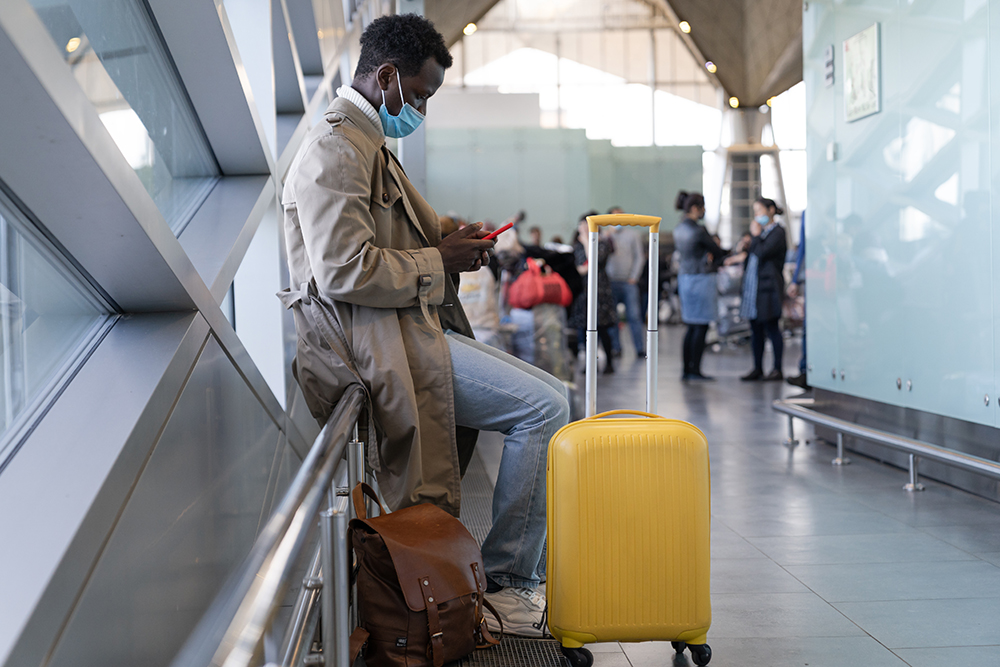 Calls to scrap the ArriveCan app continue from experts in medicine and technology as well as travellers, even after the federal government fixed a technical glitch that instructed some users to quarantine unnecessarily.

While the defect was fixed last Wednesday, social media platforms are replete with posts from passengers complaining the app as a whole is not user-friendly.

“We’re so short-staffed and spending so much time dealing with this app that we really don’t have time to do our actual jobs anymore,” Mark Weber, president of the Customs and Immigration Union, said in an interview.

Has app outlived its usefulness?

The app has also outlived its usefulness as a way to safeguard public health, according to Dr. Andrew Morris, professor of infectious diseases at the University of Toronto.

“I really just have no idea why we would continue to be using it as we are right now. It seems to me a lot of effort, work and to be honest inconvenience for many people for very little benefit,” he said in an interview.

Morris also questioned the value of confirming entrants are vaccinated “when we’re not even really ensuring that their vaccinations are up-to-date, when the federal definition of being fully vaccinated doesn’t include three vaccines or a vaccine within, let’s say, five or six months of your last dose.”

Launched in November 2020, the ArriveCan app aimed to reduce the spread of COVID-19 by ensuring arrivals were double-vaccinated and to facilitate contact tracing, with speedier processing times at the border as a potential bonus.

It was initially mandatory only for air travellers entering Canada but became a requirement for all border crossers in February 2021. Canadian and international travellers still must submit information including proof of vaccination, travel dates and contact info within 72 hours before arrival.

App will be here until at least Sept. 30

The government announced last month the app will be mandatory through at least Sept. 30, and Public Safety Minister Marco Mendicino has indicated it will outlast the pandemic as part of a modernization strategy that seeks to shrink border bottlenecks.

“ArriveCan remains an important and mandatory tool that helps inform public health advice and is an integral part of Canada’s monitoring program for new variants of concern that could pose a threat to the health and safety of Canadians,” Canada Border Services Agency spokeswoman Judith Gadbois-St-Cyr said in an email.

Meanwhile, random testing, which is communicated through the email address associated with an ArriveCan user, resumed at the country’s four largest airports last Tuesday barely five weeks after it was paused on June 11.

Bianca Wylie, a technology expert and partner at Digital Public, argues a lack of oversight and accountability plague an app that holds sensitive information, saying the ArriveCan platform should be voluntary.

“You’re telling people that you have to use this app, when we know there are people who are not comfortable using an app like this may not have the technology required,” she said in an interview.

“This is closed code. We don’t know how it works. There is no advisory board, there’s no oversight … there hasn’t been an audit done.”

Canada’s Quarantine Act allows for data collection but nowhere specifies the use of a particular technology, Wylie said.

The app was crafted by the Canada Border Services Agency and five companies that did not have to take part in a competitive bidding process due to pre-existing contracts with the government and “to respond to the rapidly changing pandemic environment,” the agency said.

“All contracting rules were followed when developing and improving the application and the Office of the Privacy Commissioner has been actively engaged on any collection of personal information through ArriveCan,” Gadbois-St-Cyr said.

The border services agency has said it spent $24.7 million to develop and maintain ArriveCan, on top of $2.2 million for advertising.

That’s too much for some.Maryia Rakina, a Vancouver-area resident who returned from an overseas trip last week, said she received “random emails asking how my quarantine is going _ can’t believe they spent $26 million on this system.”

Following a June 28 update, passengers arriving at Pearson and the Vancouver airport can now complete their customs declaration forms before landing in Canada _ Montreal will accommodate the same on starting Thursday, followed by other airports this fall and winter _ part of Mendicino’s plan to “modernize our border” and reduce border queues.

Hundreds of automated kiosks used in the largest airports’ customs areas by travellers toting the app shave 40 seconds off a two-minute interaction, the government says.

ArriveCan was used successfully by more than 99 per cent of international air passengers and 90 per cent of land crossers in the week ending last Sunday, the federal agency said.

Mark Weber, who heads the union representing border services agents, says “those are the completion rates after we’ve helped the traveller complete it _ or completed it for the traveller.”

As for the now-repaired glitch, Public Safety Department spokesman Alexander Cohen said about three per cent of arrivals from abroad were affected, out of a weekly total topping 1.3 million by air and land.