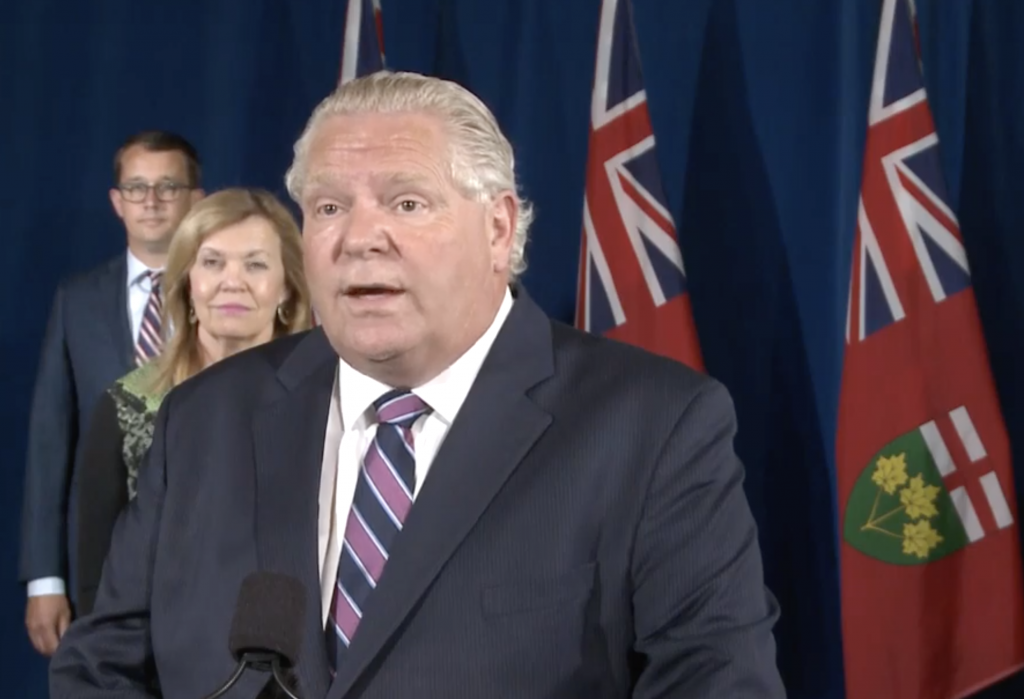 Labour experts say a broad outpouring of support from unions for Ontario education workers in their fight with Premier Doug Ford was unprecedented and could galvanize workers at the bargaining table in the weeks and months to come.

The Ford government backed down Monday as it promised to repeal Bill 28, which made illegal a strike by the education assistants, librarians and custodians.

Fifty-five thousand Ontario education workers represented by the Canadian Union of Public Employees (CUPE) walked off the job anyway on Monday, but agreed to return to the bargaining table — and to classrooms — to try and negotiate a deal with the government after Ford promised to repeal the bill.

A provincewide survey from Abacus Data suggested broad-based support for a general strike, with 48 per cent of respondents saying they supported other unions in Ontario walking off the job to protest the way the province handled the negotiation with education workers in the province.

Brock University labour studies professor Larry Savage said Ford’s use of the notwithstanding clause to impose a contract on the workers represented by CUPE backfired.

“I think it was widely seen as an abuse of power. And I think he paid the price for it,” said Savage.

Support for CUPE poured in from private- and public-sector unions, including the United Steelworkers and Unifor, which together represent more than 500,000 private-sector workers in Canada.

The Labourers’ International Union of North America, which supported Ford during the provincial election, said in a statement last week that the use of the notwithstanding clause “sets a dangerous precedent.”

“This is a show of unprecedented unity,” said Jen Hassum, executive director of progressive think-tank the Broadbent Institute.

Savage said Ford will be unlikely to try and use the notwithstanding clause again soon at the bargaining table, such as with GO Transit bus drivers who were also on strike Monday.

Savage believes three factors led Ford to revoke Bill 28: the broad support from other unions, polling showing public solidarity for the workers and the unprecedented appetite for a general strike, which reports suggested was in the cards before the province backed down from the legislation.

CUPE could strike again if it can’t reach a deal with the government, said Savage. But now it has more leverage.

“They’ve done something that most unions, frankly, have been unable to do over the last 20 or 30 years. And that’s force a Conservative government to back down.”

In the coming weeks and months, Savage thinks Ford is unlikely to try to wield the notwithstanding clause in his dealings with other bargaining units — like the GO Transit bus drivers who also began their strike on Monday.

The labour movement in Canada has been internally divided for years, and bargaining power has eroded, said Stephanie Ross, associate professor and director of the school of labour studies at McMaster University.

But it’s clear unions saw Bill 28 as an “incredible overreach,” she said, bringing them together to fight for a core principle of union organizing.

Letting the bill stand could have prompted an existential crisis for the labour movement, she said.

Hassum said the conflict of the past week was rooted in Bill 124, which froze public sector wage increases at one per cent even as the cost of living rose by much more, while Ross said the pandemic and high inflation helped create a “sympathetic environment” for CUPE workers.

Hassum said as income inequality continues to grow, the labour movement is seeing its power increase.

“This is a once-in-a-generation type of conflict,” she said.