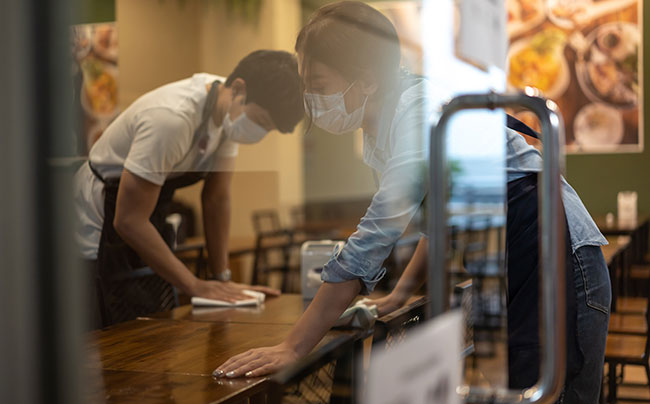 Graduating in a recession can have long-term impact on salaries and earnings. (Saksit/Adobe Stock)

OTTAWA — Statistics Canada says the country added 378,000 jobs in September as Canadians adapted to back-to-school routines and their parents went back to work.

The overall gains in September brought employment to within 720,000 of pre-pandemic levels.

The agency says mothers and fathers had employment levels that matched what was recorded pre-pandemic, but notes it is taking longer for mothers to get back to regular working hours.

The number of mothers who worked less than half their usual hours in September was 70 per cent higher than in February, compared with 23.7 per cent for fathers.

The agency also says that a higher percentage of mothers than fathers reported working from home in the month, suggesting that child-care responsibilities were still falling on women.

Overall, the unemployment rate fell to 9.0 per cent, continuing its slide down from the record-high of 13.7 per cent recorded in May.

Economists had expected a slower pace of job gains in September following the trajectory over the summer. Canada’s labour market gained 240,000 jobs in August, a slowing from the 418,500 jobs gained in July.

Financial data firm Refinitiv said economist estimates were for a gain of 156,600 jobs and an unemployment rate of 9.7 per cent.

Most of the employment in September was in full-time work, which rose by 334,000 after months of faster gains in part-time employment.

Statistics Canada also says that gains were recorded in every province except New Brunswick and Prince Edward Island, with Ontario and Quebec leading the way.

Still, there were 1.8 million Canadians unemployed in September, with the vast majority, about 1.5 million, looking for work.

Statistics Canada says the unemployment rate would have been 11.9 per cent in September had it included in its calculation people who wanted a job, but didn’t look for work.

CIBC senior economist Royce Mendes says the path ahead for the labour market is murky because of the rise in COVID-19 case counts.

“The country is now faced with new virus cases clearly trending in the wrong direction, threatening to upend the labour market recovery,” he writes.

Related
Canada added 246,000 jobs in August, unemployment rate at 10.2 per cent
Retail sales on pace to recover after 18.7 per cent surge in May
Liberals to replace CERB with new benefit, simplified EI program
Five highlights from the speech from the throne
Tags