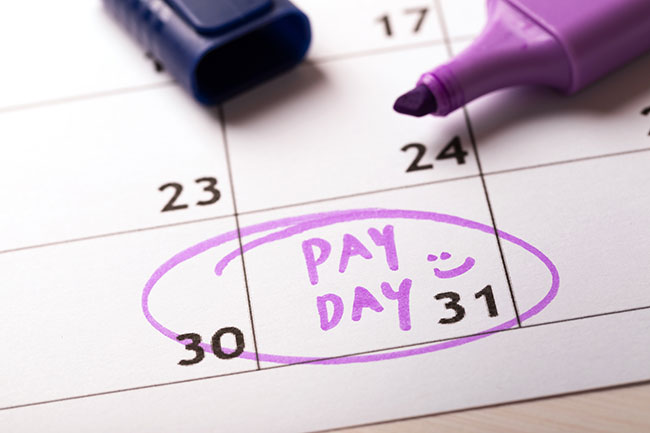 Some workers are finding that their current pay is out of step from the market value by tens of thousands of dollars as companies fight for talent after so many people left the workforce. (ronstik/Adobe Stock)

TORONTO — If you haven’t asked for a bump in compensation lately, you may be missing out on what recruiters and career coaches say is a golden opportunity due to a tight labour market.

“It’s a fight for staff right now, it’s a fight,” said Allison Venditti, a career coach and founder of Moms at Work.

She said that many clients are finding that their current pay is out of step from the market value by tens of thousands of dollars as companies fight for talent after so many people left the workforce.

Statistics Canada said earlier this week there were a record 731,900 vacancies in the second quarter for a 25.8 per cent jump from two years earlier, while the hourly wage for all job vacancies was up 7.3 per cent, or $1.55, at $22.85 an hour over the same time. Recruiters say the market has only picked up since the start of summer as COVID-19 restrictions eased.

To get a sense of whether your pay is in line with current rates, you can use sites like Glassdoor and PayScale, but for more specific and up-to-date numbers you can check job postings, where Venditti said companies are increasingly listing the pay scale to attract applicants.

To find out what your colleagues are getting paid, Venditti suggests using the over-under strategy of throwing out a number and asking if their pay is above or below it, since many people are still uncomfortable talking specifics about money. Venditti said she had a client who found out she was getting paid $50,000 less than a male colleague for the same job using the technique.

Be aware that some companies don’t allow workers to discuss pay, something the Ontario Pay Transparency Act was set to ban until Premier Doug Ford stopped the act from coming into force.

Many companies also aren’t willing or able to offer big raises for employees, so if you want to secure a top market rate you have to be ready to go elsewhere, said Venditti.

“If they say no, then you have to be prepared to walk away.”

For those who want to stay, many companies are offering a range of other perks such as four-day work weeks, remote work, more vacation, and paying for networking and training. Venditti suggests figuring out what you need most, which for a lot of people these days is simply time.

“Look at what your options are in terms of what you need to make yourself whole, it might not just be more money.”

Alan Kearns, managing partner and founder of CareerJoy, said it’s important to make a business case for what you contribute to the company, and to not just make it about money.

“You don’t just want to make it about economics, because then it looks greedy and short-term.”

It’s also important to be able to deliver if asking for a significant raise, he said.

“If you are going to ask for the top end, you sure as heck better be delivering top-end value, because there are going to be expectations around that now.”

However, it’s not just at the higher end of the scale where opportunities are increasing.

Travis O’Rourke, president of recruitment agency Hays Canada, said that while early hiring as the economy revved up was focused on upper management, it’s now across the board with people receiving multiple offers.

“Right now, the market is really busy at lower levels.”

O’Rourke said the market is presenting opportunities for hourly workers to make the jump to the stability of a salaried position as companies look to secure workers in a tightened market.

“People know that they’re being offered a lot of jobs, so they’re trying to get the most money that they can.”

There is room for caution though, as the anecdotal talk of rising wages hasn’t clearly shown up in the data yet, said Mikal Skuterud, a professor in the department of economics at the University of Waterloo.

He said that StatCan average wage data has been skewed by the rapidly changing composition of the workforce, while his research focusing on a core group of workers mostly in retail has shown no evidence of a wage increase in recent months.

But he said the statistics do clearly point to tightening labour markets, to quite a remarkable extent.

“This is certainly a worker’s market, this is the time you’d want to start searching.”