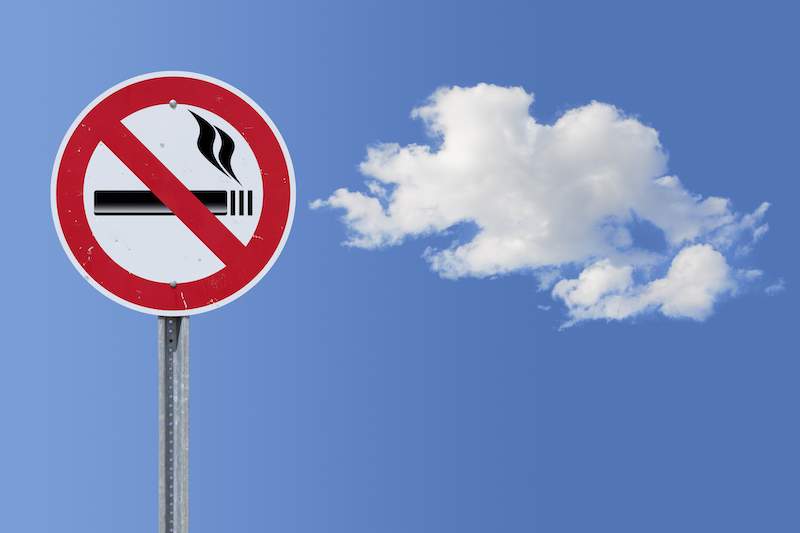 U-Haul has an unusual wellness goal for 2020 in the United States: hiring fewer smokers.

The truck rental company said in January it will stop hiring people who use tobacco or nicotine products in the 21 U.S. states where it is legal to do so.

Executives said the new policy, which takes effect this month, is expected to the cut company costs by improving the health of U-Haul’s 30,000-person workforce.

Screening new hires for tobacco use is rare. But employers have long used financial penalties and perks to try to reduce the financial toll of tobacco-related diseases, such as cancer, heart disease and stroke.

Those carrots and sticks are part of most corporate wellness programs, which also typically aim to encourage workers to exercise, lose weight and control diseases like diabetes.

Smoking-related medical expenses add nearly $170 billion a year (all figures U.S.) to employer and government medical expenses, according to the Centers for Disease Control and Prevention. Employers also lose $156 billion in lost productivity due to smoking and related health issues.

One fourth of large firms add another penalty to push smokers to quit: an extra charge on their health premiums. The fee usually amounts to about $600 a year for workers, according to survey data from consultant Mercer, which designs corporate health and wellness plans. About 10% of employers provide other incentives, such as points that can be redeemed for prizes.

Despite an estimated $8 billion spent on wellness programs annually, experts say they haven’t been shown to deliver the long-term benefits promised.

“There isn’t any evidence that these programs actually result in people smoking less or eating less or exercising more,” said Karen Pollitz, who studies insurance and health plans at the Kaiser Family Foundation. “Some studies have picked up short-term improvements, but nothing sustained.”

Although many employers report cost-savings from wellness programs, researchers say those results are likely skewed because healthier workers are more likely to participate in the programs, boosting positive results.

A randomized 4,000-patient study published last year in the Journal of the American Medical Association found that employees enrolled in wellness programs showed no major improvements in health status or health care spending after 18 months, compared with employees who didn’t participate.

An earlier study by researchers at the think-tank Rand Corp. estimated wellness programs targeting lifestyle improvements generate an average savings of about $157 per employee. Those savings were almost completely wiped out by the programs’ cost: $144 per person.

Supporters of wellness programs counter that it may take three to five years or more to see a return on investment. For example, tobacco-related diseases can take decades to develop.

“It takes time to find the benefits of those things and to translate them into avoided health care costs,” Steven Noeldner, a Mercer executive.

Some researchers have theorized that the savings reported from wellness plans may simply come from shifting insurance costs onto less healthy workers. In this scenario, workers who pay higher premiums due to smoking or obesity subsidize their healthier coworkers.

Those financial penalties can hit smokers even harder since they tend to make less money and often have less generous health benefits than non-smokers.

“It’s helpful for a person who smokes to be in a workplace where they will receive support,” said Cliff Douglas, a vice-president with the society. “If they’re not hired that could be a real missed opportunity.”