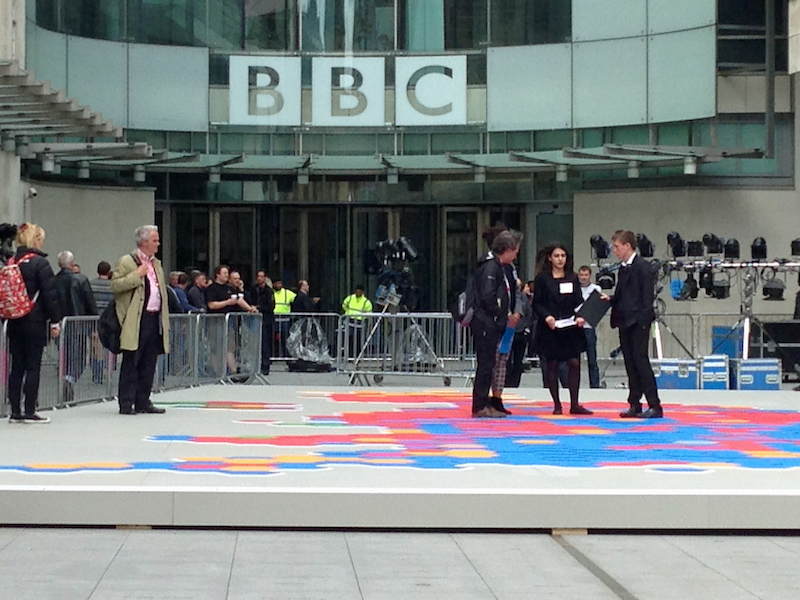 Six people at CBS News have tested positive for coronavirus, including a correspondent stationed in Italy, as media organizations fought Monday against the same epidemic they’re charged with describing.

Five employees with the virus work in CBS’ New York offices, where most of its journalists were ordered to stay away as a result.

“Everyone works remotely unless specifically requested to come in,” CBS News President Susan Zirinsky said in a memo to her staff.

ABC News said Monday that a journalist who worked on the network’s coverage team of the outbreak in Seattle had tested positive for coronavirus. The person, who works in ABC’s Los Angeles bureau, has been isolated since last week and has suffered only mild symptoms.

The network said it has told its entire Seattle coverage team to stay home and has closed its Los Angeles bureau for a thorough cleaning.

Meanwhile, at NBC, an employee who worked on the “Today” show’s third hour tested positive, forcing the show’s anchors Craig Melvin and Al Roker and others who came into contact with the person to be ordered to isolate in their homes as a result.

The “Today” show’s 7 a.m. anchors, Savannah Guthrie and Hoda Kotb, came to work but kept their distance. They sat several feet apart from each other as the show opened Monday, saying they were setting an example by following guidelines for social distancing.

It was a subtle trend throughout the television world. The white couch on Fox News Channel’s “Outnumbered,” typically crowded with four women and one man, held only Harris Faulkner and Melissa Francis on Monday. The other guests, Dr. Nicole Saphier, David Webb and Jessica Tarlov, were stationed in different studios.

Seth Doane, a CBS News correspondent who lives in Rome, revealed Monday that he was one of the network’s employees to test positive. Italy is one of the worst-hit countries in the world.

“For the most part, I feel OK,” Doane said in an interview on “CBS This Morning.” But he said he coughed enough to worry people around him, had a slight fever and felt pressure in his chest, so he chose to get tested.

He said he’s felt worse in the past with colds and the flu. Most people who get coronavirus have only mild or moderate symptoms similar to what Doane described. For some, especially older adults and people with existing health problems, it can cause more severe illness, including pneumonia. The vast majority of people recover.

Symptoms can be mild

It was a point Doane wanted to illustrate: that symptoms can be so mild that people can spread the disease while not even realizing they have it.

“The psychological part for me has been worse than the physical part,” Doane said, referring to how he’s had to call people that he’s been in contact with.

The cases in CBS’ New York studios has had cascading impacts. New York’s WCBS-TV broadcasts from there, so late last week, New York’s local news was delivered by anchors in a Los Angeles studio. The syndicated “Inside Edition” also airs from there, and late last week Deborah Norville did the show from her kitchen at home.

John Oliver’s “Last Week Tonight” tapes in a studio in the New York complex, and there were also people in the HBO show’s office that tested positive. So Oliver on Sunday night taped a show without an audience from a studio where he sat in front of a white backdrop.

His abbreviated show was part comedy, part social commentary and part service journalism. He went through specific instructions of what viewers could do to avoid the coronavirus and implored viewers to be careful about emailing or posting false information.

“We’re going to need to look out for one another,” he said.

With society shutting down and many Americans house-bound for an undetermined length of time, there are preliminary signs that it might boost television audiences, particularly for news.