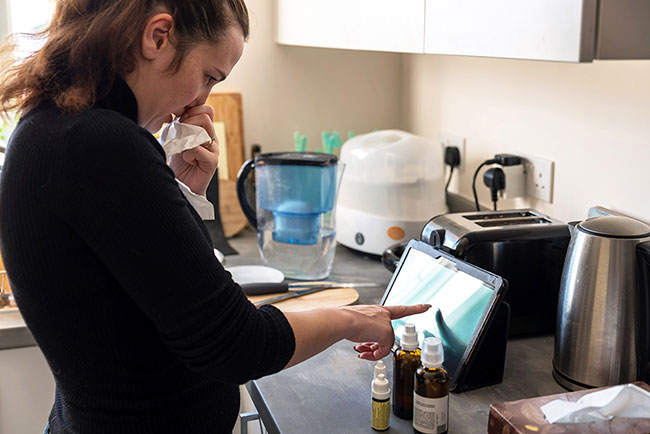 OTTAWA — Parliament’s spending watchdog says relatively little of the government’s new sickness benefit will go to people who have tested positive for COVID-19.

In a report Wednesday morning, the parliamentary budget officer estimated only $50 million out of the estimated $655 million of the new sickness benefit will go to workers who have COVID-19.

The office estimated the vast majority of spending will go to people who have to take time off for other illnesses, or because they would be at high risk if they caught COVID-19.

Expanding the sick leave benefit to include those who have to stay home for underlying health issues was a key demand of the federal New Democrats as part of negotiations over a Liberal bill that created the new benefit system.

On Thursday, NDP Leader Jagmeet Singh said the benefit should be a building block for a permanent program.

“No one should have to make that tough choice — ‘I’ve got some symptoms, I’ll just go in.’ They should stay at home,” he said.

“How can someone stay at home if by staying at home they’re not going to get paid?”

A separate costing note from budget officer Yves Giroux estimated the majority of spending on a new 26-week caregiving benefit will go to parents caring for children.

Giroux’s report said that of the $1.4 billion estimated net cost for the leave this fiscal year and next, over $1 billion will go to parents staying home to care for children who would be at high risk if they caught COVID-19, and a further $306 million because either a child or their classmate actually has the illness.

But the reports warned the forecasts of the suite of measures replacing the Canada Emergency Response Benefit are subject to the path of the pandemic and COVID-19 case counts.

New payments set to roll out

The first payments from the new programs are to roll out next week to Canadians whose incomes have crashed during the pandemic, and allow workers without sick leave through their employers to stay home and get paid should they fall ill.

They replace the broad CERB the federal government introduced in March as lockdowns led to historic job losses that would have overwhelmed the aging employment insurance system — whose rules would not have given much support to many of those who lost work anyway.

The most recent federal figures show the CERB has paid out $80.62 billion in benefits to nearly 8.9 million different workers.

The Liberals extended the benefit by four weeks while Parliament was prorogued at a cost Giroux’s office estimated at $5.37 billion.

Overall, the PBO estimated the trio of new benefits replacing the CERB will cost nearly $23.5 billion this fiscal year and next. The support for affected workers, known as the Canada Recovery Benefit, costs the most: nearly $20.7 billion to provide $500 per week for up to 26 weeks.

The government is withholding 10 per cent of the costs for tax purposes at source, something that didn’t happen with the taxable CERB. Instead, recipients of that relief may find themselves returning some of the money at tax time next year.

The quartet of costing notes provide an independent analysis of the government’s promises to help workers, and two more provide estimates of opposition party ideas to further expand income support measures and the safety net for households.

Giroux’s office estimated it would cost on average $1.5 billion a year over the next five years, along with an upfront cost of $3 billion, to provide dental care to uninsured Canadians with household incomes under $90,000.

His report estimated that the NDP proposal would cover 6.5 million people if started next year. That number would fall to 6.3 million by 2025 as the population shifts and labour market conditions improve.

“More and more Canadians need this support. It’s time for the federal government to step up and deliver it,” said NDP health critic Don Davies, who asked for the analysis.

The PBO also estimated that removing federal income taxes from Canada Pension Plan and old age security benefits for seniors would cost $268.1 million this fiscal year, and nearly $1.1 billion in the ensuing 12 months. Giroux’s office did the analysis based on a request from Conservative MP Ziad Aboultaif.