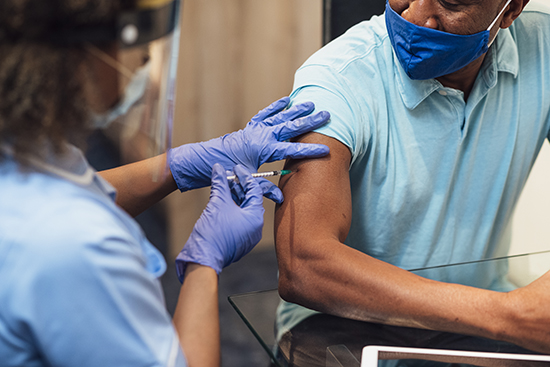 The Manitoba Labour Board has dismissed several complaints in recent months from workers who wanted their unions to fight COVID-19 requirements.

The details differ slightly in each of the complaints considered since December of last year from, among others, a nurse, a lab technologist, a plumber and an instructor.

But the rulings have a common finding — that unions had acted reasonably after considering legal advice and the interests of all their members.

“There is no question that unions may, and should, evaluate potential grievances to determine whether or not they have any chance of success,” a board ruling states in the case of a psychiatric nurse who was put on unpaid leave after refusing to either provide proof of vaccination or undergo frequent rapid testing.

“Moreover, in making such decisions, it is open to a union to consider whether a grievance is in the interests of the membership as a whole.”

In each case, the workers wanted to fight requirements during the pandemic laid down either by their employer or by the government under public health orders. In many cases, the workers were placed on unpaid leave.

The unions did not pursue grievances in most cases, or filed them and later abandoned the effort, and the workers complained to the labour board that the unions were discriminating against them and acting in bad faith.

The instructor was placed on unpaid leave and filed a complaint with the labour board that alleged the union had breached its duty to him by failing to file a grievance.

“The association’s decision was based on its assessment of the vaccination mandates and the employer’s policies, having regard to the realities of the situation and the interests of the broader bargaining unit,” the board ruling stated.

“Its decision was rooted in sound labour relations considerations and was not in any way discriminatory.”

In the case of a lab technologist who did not want to disclose her vaccination status or undergo rapid testing, the union — the Manitoba Association of Health Care Professionals — initially filed a grievance but did not pursue it after a response from the employer and a legal assessment.

The technologist alleged the union acted in a discriminatory manner and failed in not advancing her grievance. The labour board rejected the claim.

“To the contrary, the board finds that the union acted reasonably and thoughtfully throughout,” the ruling reads.