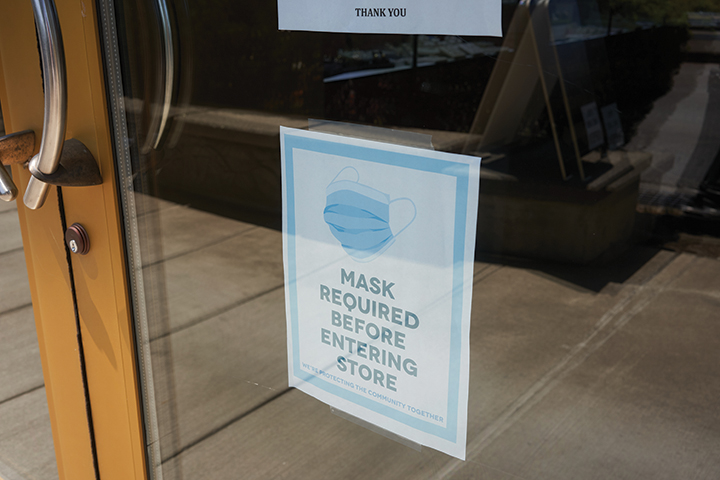 “We’ve had a lot of interest in the program. We’ve given out close to 15,000 kits and we’ve helped over 120 businesses with the program,” said Nicholson.

The rapid test kits are a screening tool that lets an employer know quickly whether their employees have been infected by COVID-19. Under normal circumstances, if an employee became sick, there was a fear that suddenly everyone in the workplace was infected with COVID-19. People would be sent home to self-isolate for several days. Workplaces would be shut down.

With the rapid antigen test kits, larger groups of workers can be screened and results are revealed in about 15 minutes per person.

The tests can determine quickly if anyone is indeed infected with COVID-19.

Millions of kits distributed across province

In Ontario, more than 12 million test kits were provided to hundreds of work sites across the province. This included the delivery of 2.4 million kits to chambers of commerce through Ontario.

“So when we first launched the program, there was quite a bit of interest locally,” said Nicholson. She said interest died off a little bit during the latter part of Step 2 in Ontario’s reopening plan, but she said that interest is growing again. Businesses are again approaching the chamber to get test kits, she said.

“So I don’t know if it’s because more businesses are now opening, and they want to make sure their staff are safe. But there has been a bit of an increase again,” she said.

Nicholson also said she had heard there was talk of expanding the program beyond the end of August, the planned completion date, but nothing official has been said about that.

She said she had also heard that some camping and day camp businesses had inquired about using the kits to test campers and children that attend day camps.

“However, the idea behind the program is only for employees within a company to be tested.”

At this point in time, Nicholson said there is growing interest in the kits, but on the other hand, there also seems to be growing confidence in the fact that many people are getting vaccinated.

“There are businesses that we are supplying and started right at the beginning and were absolutely delighted we were offering this program and the fact that it was free of charge. They had that sense of peace of mind with their operations.”

Nicholson said there are other businesses that never took advantage of the kits and are likely feeling better as more Ontario residents get vaccinated.

“I know, too, that in some of the cases the employees didn’t feel comfortable doing it (getting tested). However, we have also heard that employees are ecstatic about having the opportunity, knowing they are safe and knowing their colleagues are safe, and they’re not coming into a work environment where they may catch the disease.”

Nicholson said that is one of the obvious successes of the program.

“Oh, absolutely. We’ve had some people coming into the office week after week to pick up new test kits.”

Nicholson said many employers have expressed appreciation saying it has enabled many businesses to keep working with employees knowing that they’re safe. “And this is something they can share with their clients, that they’re testing their employees on a regular basis, and their customers and clients can feel safer coming into their establishment knowing that they’re COVID free.”

Nicholson said for privacy reasons she could not name the names of successful businesses, but she said each business in the program is required to report back to the Ministry of Health.

“I know for all of the ones (test kits) we have used they have all come back negative, which is absolutely amazing,” she said. Also, on the plus side, Nicholson said the testing has managed to identify hundreds of positive cases of COVID where the worker was completely asymptomatic. Without testing, the employee may have continued working and possibly infected others in the workplace.

“This program has had tremendous success in being able to isolate those people who didn’t know they were carrying the disease,” said Nicholson.

Better health is better for business

“It has been a crazy ride, that’s for sure,” said Nicholson.

She added the chamber was pleased to be proactive. She mentioned the success of Project GoVax where free taxi rides were provided to hundreds of Sudbury citizens to be able to get out of their homes and out to a vaccination centre, thanks to a generous sponsorship by Desjardin (financial services) and Lockerby Taxi. The project was facilitated by the chamber.

At the time the project was launched back in May, Nicholson said the chamber wanted to help more members of the community get vaccinated and the GoVax program was removing barriers for people who were financially challenged.

Written by Len Gillis, a Local Journalism Initiative reporter at Sudbury.com. He covers health care in Northern Ontario. Via the Canadian Press.