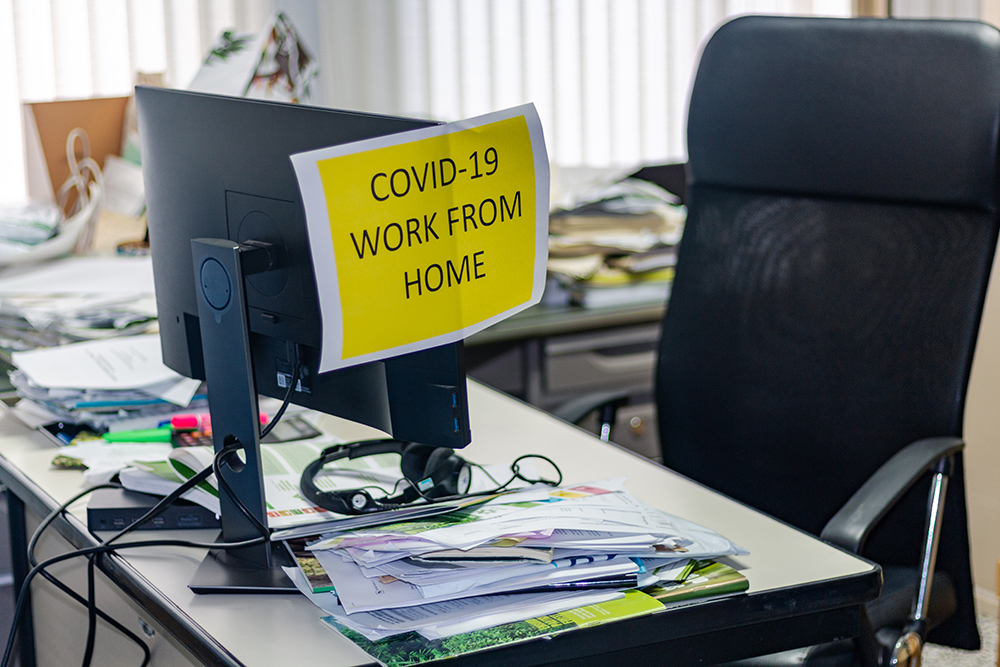 The faster that an employer can provide clarity to workers on future workplace arrangements, the more settled they can be that they want to be part of that future. (RON/Adobe Stock)

OTTAWA — The federal government’s economic recovery plan has inspired some confidence that it will create jobs and a stronger economy in future, a new poll suggests.

But, in the meantime, the vast majority of Canadians who’ve been working from home aren’t eager to rush back to their workplaces as cases of COVID-19 surge across the country.

Fifty-two per cent of respondents to the survey, conducted by Leger and the Association for Canadian studies, said they are very (nine per cent) or somewhat (43 per cent) confident that the recovery plan, outlined in last week’s throne speech, will create jobs and strengthen the economy in future.

Thirty-nine per cent were not very or not at all confident.

The throne speech appears to have given the governing Liberals a boost, with their support up five points over the past week, to 40 per cent of decided voters. The Conservatives had the support of 30 per cent, the NDP 17 per cent and the Greens five per cent.

In Quebec, the Bloc Quebecois was slightly ahead of the Liberals, 32 per cent to 30 per cent.

Prime Minister Justin Trudeau also appears to have tapped into the public mood when he predicted that a second wave of COVID-19 this fall will potentially be worse than the first wave last spring, which sent the country into lockdown. Seventy-two per cent of respondents agreed with his dire assessment, offered during a televised address to the nation following the throne speech.

The poll suggests Canadians have also found they’re quite happy working from home.

And 86 per cent agreed with the statement, “I am getting used to this new lifestyle and I like it.”

Fifteen per cent said they fear losing their jobs in the next few weeks.

Fully 86 per cent think a second wave of COVID-19 will sweep the country. Indeed, 62 per cent said we’ve already entered the second wave and 55 per cent predicted the worst of the crisis is yet to come.

Despite that grim outlook, a total of 60 per cent admitted they’ve relaxed some of the safety measures recommended by public health authorities, including physical distancing (40 per cent have relaxed), wearing a mask in indoor public places (36 per cent), frequent hand washing (35 per cent) and avoiding large gatherings (34 per cent).

The online poll of 1,514 adult Canadians was conducted Sept. 25 to 27; it cannot be assigned a margin of error because internet-based polls are not considered random samples.