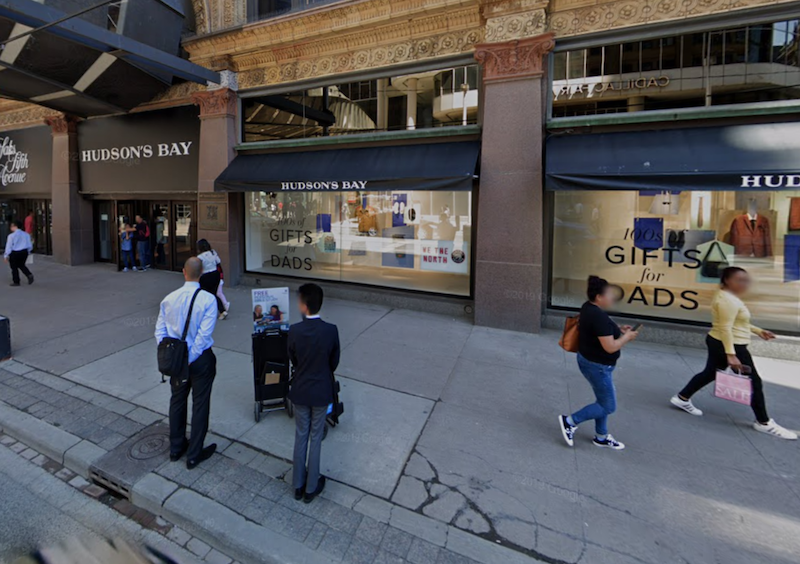 A slew of store closures and service limitations were announced by retailers and restaurant chains on Tuesday as politicians and health authorities urged Canadians to avoid unnecessary outings in order to slow the spread of novel coronavirus.

All Hudson’s Bay stores will for close for two weeks — beginning immediately — and the company will reassess the situation after two weeks, Hudson’s Bay Co. said in a statement.

HBC said it would pay store associates for all scheduled shifts for the duration of the two-week closure.

“This is the right thing to do as we all work together to stay healthy and limit the spread of the virus,” said president Iain Nairn.

Saks Fifth Avenue and Saks Off 5th, both owned by HBC, are also closing all their stores in the U.S. and Canada, for two weeks starting Wednesday.

Both brands say they’ll pay associates for scheduled shifts during the two-week closure.

Toronto-based Holt Renfrew said in an emailed statement Tuesday that it had “made the decision to close all locations at the end of business today until further notice.”

The clothing retailer has eight locations in Canada, according to its website. It said customers can continue to shop through its online sales channel.

“As it relates to compensation, we will continue to support our store employees as they are our top priority,” Holt Renfrew said.

Other clothing and fashion retailers made similar announcements.

Claire’s Stores Inc. said it would close its North American stores until at least March 27 and pay employees for scheduled shifts during that time.

Fast-fashion retailer H&M said it would close all its American and Canadian retail locations until April 2, starting Tuesday. The company said it will support workers affected by the closures with two weeks of pay.

Uniqlo announced Monday it would close its Canadian stores until March 30, starting Tuesday, and said it will continue to pay store teams during that time.

Indigo Books and Music Inc. announced it too would be closing all its stores starting close of business Tuesday until March 27. Employees will receive full pay for scheduled shifts during the closure.

“After careful evaluation of what has been a rapidly evolving situation, our team has made the very difficult decision to close all stores, until further notice,” Herschel Segal, interim CEO of Montreal-based DavidsTea Inc., said in a statement.

Its more than 230 stores in Canada and the U.S. have been closed, but DavidsTea will continue to sell its products online and through grocery and other retailers in Canada.

Second Cup Coffee Co., meanwhile, announced Tuesday it was immediately closing all in-store dining areas, but will continue to serve food and drinks to go, for delivery or via drive through.

Recipe Unlimited Corp., formerly known as Cara Operations, is closing its dining rooms as of Wednesday but some of its brands will continue to offer take out, delivery and drive-through sales.

Some furniture and furnishing retailers made similar moves.

Crate and Barrel Holdings Inc. will close all its American and Canadian stores for two weeks starting Tuesday at 7 p.m., the company said in a statement.

That includes Crate and Barrel, CB2 and Hudson Grace stores. The company has nine Crate and Barrel and six CB2 stores and warehouses in Canada, according to its website, though some were already closed or operating on modified hours due to the outbreak.

Toys “R” Us also announced it will close all 82 of its Canadian stores until March 30.