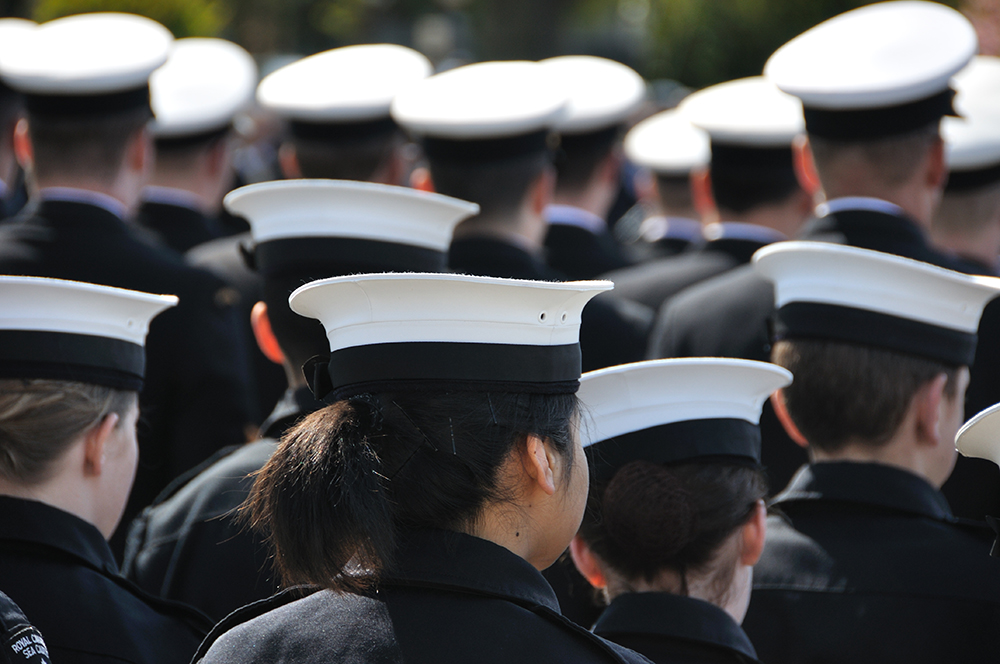 OTTAWA — The Canadian military’s sailors and the public will have a chance to weigh in as the Royal Canadian Navy moves to drop the term “seaman” when referring to its most junior sailors and replace it with something more gender-neutral.

Navies around the world have described their junior sailors as “seamen” for decades if not centuries, with the Royal Canadian Navy using “ordinary seaman,” “able seaman,” “leading seaman” and “master seaman.”

But those terms are being replaced in Canada as the navy — which is short hundreds of sailors — charts new waters to become more diverse and inclusive, according to Cmdr. Deborah-Lynn Gates, who is responsible for the navy’s personnel policy.

“We appreciate tradition,” Gates told The Canadian Press. “And we’re not downplaying tradition absolutely at all. But it’s truly a matter for us to show that we are progressive and that we are listening and we are really, truly representative of Canadian society.”

The move is also aimed at making sure the navy’s most junior members feel safe and proud of their ranks and jobs, Gates said, acknowledging the double entendre associated with the term “seaman.”

“What this will do is ensure a safe environment so there is no double entendre,” she said. “Definitely at the tactical level, we want to make sure our most junior members understand and feel safe when they are being called their rank, being called their name or being addressed.”

Members of the navy as well as the public at large will be able to vote online on two alternatives starting Friday, with both variants substituting “sailor” in place of “seaman” in different ways.

One simply replaces “seaman” with “sailor” in the existing ranks. The other would do away with adjectives such as “able” and “leading” in favour of labels such as “sailor first class” and “sailor second class.”

There will also be an option to suggest alternative terms.

The poll will be posted online and run until the end of July. The results will feed into senior commanders’ decision on which term to use. The suggested change will ultimately need to be approved by cabinet.

The plan to drop “seaman” has already prompted backlash on social media, with some criticizing what they see as an overabundance of political correctness and others decrying a loss of tradition. Others, however, say the move is long overdue.

Gates suggested the use of “seaman” has been a potential barrier to recruitment for the navy, which has been pushing to address a shortage of 850 sailors. The navy has said it can manage the shortfall at the moment, but is worried about the longer-term implications.

“When they hear you’ll start off as an ordinary seaman, it’s maybe just a little thing, but it did not resonate,” Gates said. “So we know it’s not resonating with recruits and for us it’s a matter of making sure we’re being representative and that we are modern and forward-looking.”