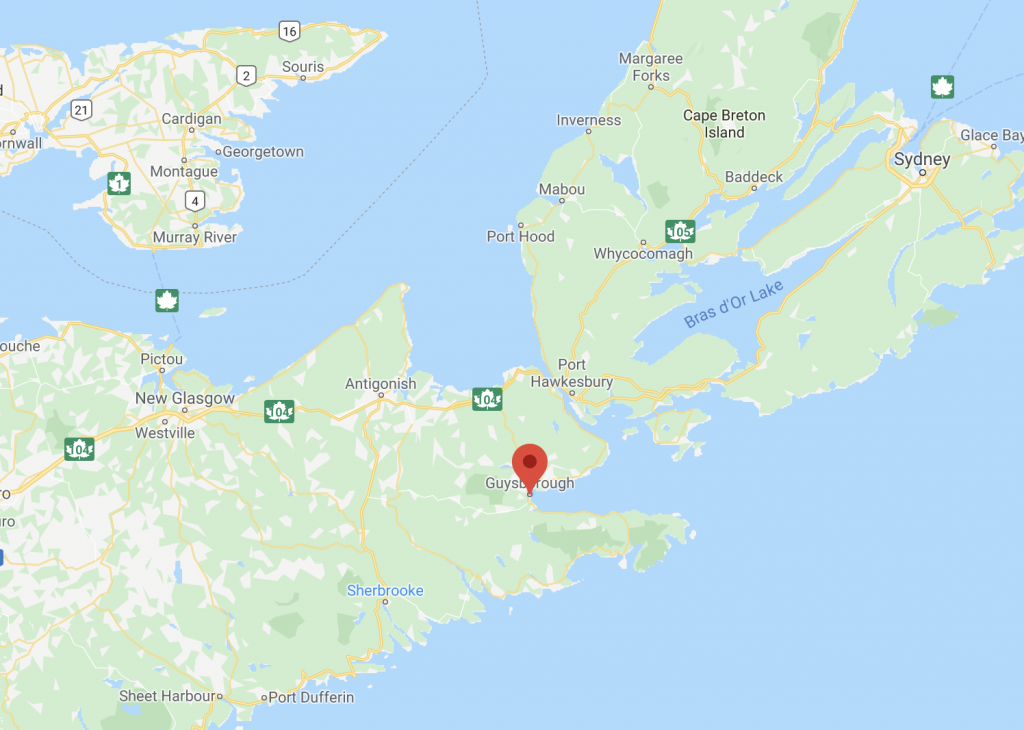 Under the plan, Guysborough municipal employees would work four nine-hour days in two shifts, running either Monday to Thursday or Tuesday to Friday. (Google Maps)

GUYSBOROUGH, N.S. — In a move that emerged from a reorganization to deal with the COVID-19 pandemic, a rural municipality in Nova Scotia is testing a four-day workweek for its employees.

The nine-month pilot project began Monday in the Municipality of the District of Guysborough, located in the eastern part of mainland Nova Scotia.

Chief administrative officer Barry Carroll said he began thinking of the change after the municipal office was forced to adjust its operations in response to the outbreak of the virus over three months ago.

The initial change saw about 60 employees work two days in the office and two days at home each week.

“I began to think that some version of this could work in a more permanent fashion,” said Carroll.

As a result, Carroll said he devised a shift system that would condense the work week while allowing the municipal offices to be open an extra five hours per week to serve the public.

Under the plan, municipal employees would work four nine-hour days in two shifts, running either Monday to Thursday or Tuesday to Friday.

Carroll said staff were receptive to the idea, and despite having the option of remaining on the traditional five-day week, none chose to do so.

“Many years ago we started focusing on improving mental health in the workplace … and this seems to be the one thing that people really are excited about,” he said.

Carroll believes that increasingly there has been a shift in traditional attitudes about the workweek.

“I just think in this day and age the workplace is going to evolve,” said Carroll. “It’s going to change and I think we are getting ahead of it a little bit. I think it’s time for that revolution to happen, and I think COVID was the start of that.”

Carroll said he believes the new four-day week will also serve as a recruiting tool, helping the municipality attract people looking for more flexibility and time to deal with family life.

Vurain Tabvuma, an associate professor at the Sobey School of Business Management at Saint Mary’s University, said the COVID-19 pandemic has accelerated changes to the workplace that probably would have occurred a number of years into the future.

“What COVID has done is force society to go forward five to 10 years ahead of time,” said Tabvuma, pointing out the pandemic has challenged some established social norms.

“Businesses and organizations have begun to see that they can actually rethink the way we think about work,” he said.

Tabvuma said while there is limited academic study on the effects of the four-day week, there is a wider range of research into work-life balance and flexible working arrangements.

It generally shows that workers who are happier will be more productive, although that is largely related to the type of job they do and the type of employer they work for, said Tabvuma, who also noted that what might work for an office employee might not for a health-care worker.

Karen Foster, an associate professor in the Department of Sociology and Social Anthropology at Dalhousie University, said she will be interested in how the change in Guysborough will play out given that it will involve a compressed workweek — not fewer hours.

“We know from psychological studies of work habits that people have between four to six hours of truly productive mental time in a day,” she said.

Still, Foster said she hopes what is happening in Guysborough is indicative of a trend resulting from the pandemic.

“I think there is going to be a bit of a reckoning around a lot of workplace policies,” she said.

Carroll said the pilot project in Guysborough would be evaluated by the end of January and a decision would be made on whether to make the change permanent.