Virtual Event
Webinar: Staffing Problems? Everything you need to know about hiring Foreign Workers
November 24, 2022 at 11:00am EST

Over the years, Canadian Employers in different industries have been facing serious labour shortages. According to an article posted by Huw Lloyd-Ellis from Queen’s University, the pandemic has exacerbated the situation. Labour market shortages have doubled during 2021 and 2022, compared to 2019. In other words, there is a scarcity of available workers and a plentiful supply of vacant jobs. Even an expected 2023 recession is unlikely to change the situation in terms of the labour shortages faced by Canadian employers, as the government’s goal in 2023 is to bring 447 055 new immigrants to the country (IRCC, 2022).

This dramatic increase in labour shortages has affected many sectors but mainly:
– The oil and mining sector
– The construction sector and technical services
– The food processing, manufacturing and agriculture sector

This has forced Canadian employers to look for different options to fulfill their company’s needs, and one of them is to hire foreign workers to ease labour shortages and promote business productivity. The Canadian government also opens new programs every year to support the foreign worker program as foreign workers tend to be well qualified, highly experienced and committed to long term employment.

In this webinar, you will learn about: 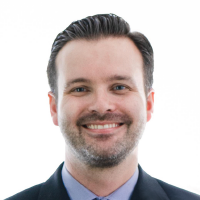 Originally from the United Kingdom, and living in Toronto since 2005, John Hillen has been working at Workvantage International Workforce Solutions Inc since the very beginning. He has 15 years of experience in helping Canadian businesses facing staffing issues find top quality foreign labour. For the past 14 years, he has placed thousands of foreign workers throughout Canada.

He graduated from The University of Manchester with a degree in Politics and International Relations.

Frequently Asked Questions About Webinar: Staffing Problems? Everything you need to know about hiring Foreign Workers

Webinar: Staffing Problems? Everything you need to know about hiring Foreign Workers will take place virtually via GoToWebinar on November 24, 2022 at 11:00am EST.

There will be a 15 minute break between live sessions.

The safety and wellbeing of our employees, customers, and community is our number one priority. By making this event an online experience, it eliminates the need for attendees and sponsors to travel in-person, while enabling them to still benefit from the event content.

Your registration provides you with access to watch the virtual keynote, all live sessions, and on-demand recorded content and product demonstrations.

We will email you an access link to the virtual event the morning of November 24, 2022.

If you don’t see an access link in your email inbox, please check your junk folder. If you are still unable to locate the email, contact Tara Jacobs.
From the Bookstore