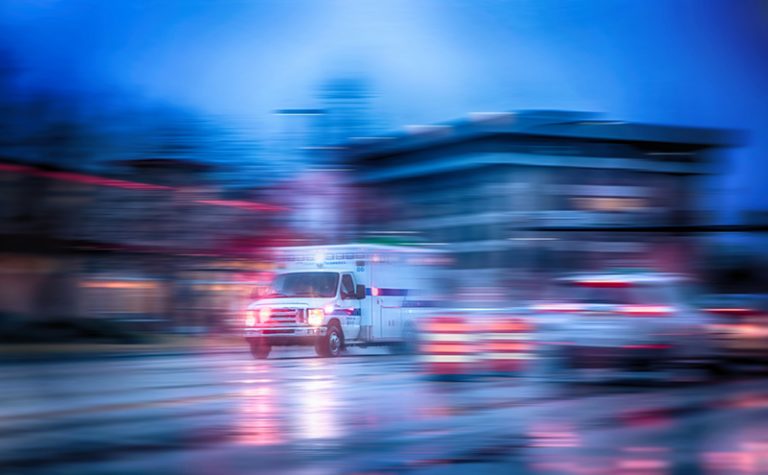 Provincial ambulance service officials say they aren’t giving up trying to hire locally in Nakusp despite a disappointing turnout to a job information day at the local station.

BC Emergency Health Services (BCEHS) announced earlier this fall it was hiring two full-time workers in Nakusp, located about 240 kilometres east of Kelowna, to beef up the ambulance service there, after years of concern by locals that it was understaffed for the need.

“It was advertised in the local area paper and posted on the Nakusp mayor’s Facebook page,” a spokesperson for BCEHS told the Valley Voice by email. “Unfortunately, no members of the public attended, possibly due to other local events that same day.”

Nakusp is one of three B.C. communities (along with Sparwood and Valemount) where the local ambulance station has transitioned from their former “scheduled on-call’ (SOC) staffing model to the full-time “alpha” model. Alpha stations have eight full-time permanent paramedics on staff around the clock, seven days a week. This is what has prompted the need for the two new regular full-time paramedics in Nakusp.

Until they can find the hires, the available shifts are being filled with a small pool of casual on-call paramedics, the spokesperson said.

Since 2021, BCEHS has added more than 750 new full-time and part-time permanent paramedic positions in rural and remote areas, and at least 125 in urban areas. This includes 254 new positions that were recently added, converting temporary positions to permanent ones as part of the Rural, Remote, First Nations and Indigenous COVID-19 Response Framework.

Recruitment is ongoing, not only in remote communities but across the province. In October, there were hiring fairs in Kelowna and Vernon, and an education and career fair in Kelowna in November.

“We look forward to working with local organizations to attract paramedics to this beautiful area of the province,” the spokesperson told the Valley Voice. “These are new full-time positions with reliable pay and benefits and we encourage anyone interested to learn more at https://joinus.bcehs.ca/.”