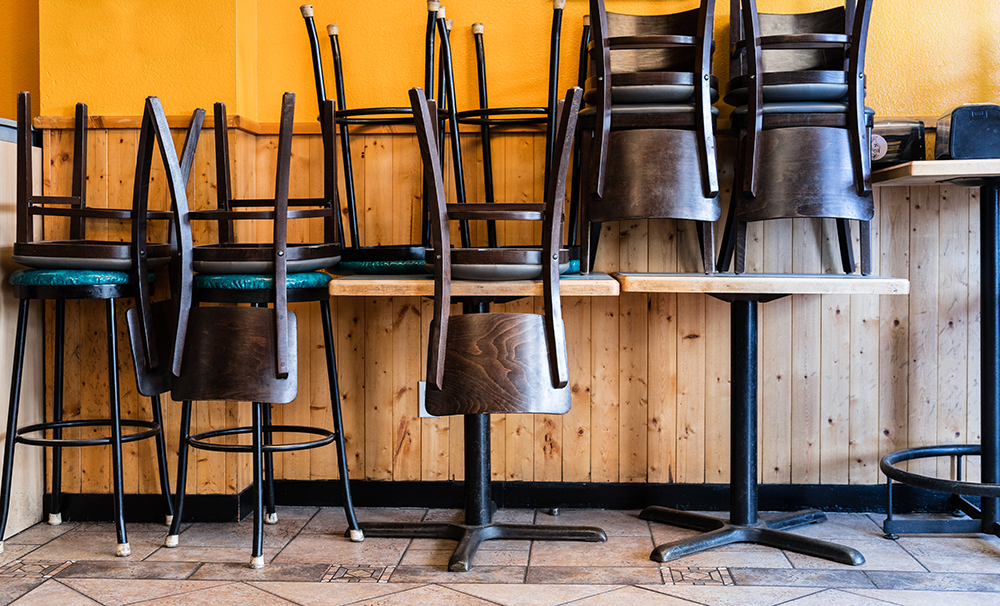 Small firms and their employees have been disproportionately affected by the COVID-19 pandemic. (Jordan Feeg/Adobe Stock)

OTTAWA — Statistics Canada says the economy lost 200,000 jobs in January amid stricter public health rules put in place to slow the spread of the Omicron variant of COVID-19.

The decrease marks the largest drop since January 2021, when the economy shed 207,800 jobs.

The loss also pushed the unemployment rate to 6.5 per cent in January compared with 6.0 per cent in December.

As Omicron spread across the country, governments reintroduced capacity limits and closures for workplaces such as restaurants and gyms.

Statistics Canada says the bulk of the job losses were in Ontario and Quebec, which implemented among the strictest measures in the country.

Food services and accommodations were among the hardest hit, with young people and women most affected.