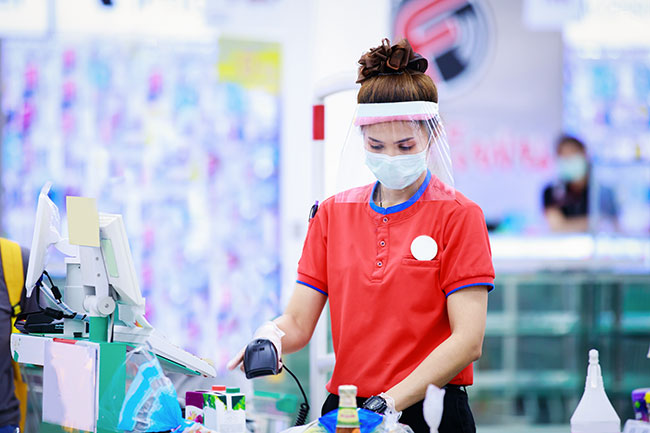 Multiple grocery store workers say they are busier than ever, with more staff calling in sick in the last two weeks than during the entire pandemic. (pixfly/Adobe Stock)

In March, Statistics Canada says there were about 95,000 more retail jobs, fully recouping losses sustained in January lockdowns, and an employment bump of 21,000 in the accommodation and food services sector.

The figure released this morning outpaced the 259,000 gain seen in February that, at the time, whipped past expectations.

The March increase puts employment 296,000 shy of the pre-COVID level in February 2020, or roughly 1.5 per cent of pre-crisis levels.

It also sent the unemployment rate to 7.5 per cent, down from 8.2 per cent in February, bringing the rate to a pandemic-era low.

The jobs numbers come just over a week before the federal Liberals release a budget where employment levels are expected to be used as a gauge for planned stimulus measures.

“While there’s relatively good employment news in March, primarily due to vaccination schedules, the start to the second quarter indicates that the road ahead to a full employment recovery will be uneven,” said Jim Mitchell, president of LHH Knightsbridge.

“This has been confirmed by the recent announcements of lockdowns and restrictions due, in part, to the COVID-19 variants. On a positive note, many companies learned valuable digitization lessons from the first wave last year. This is evidenced by continued virtual hiring and active talent recruitment.”