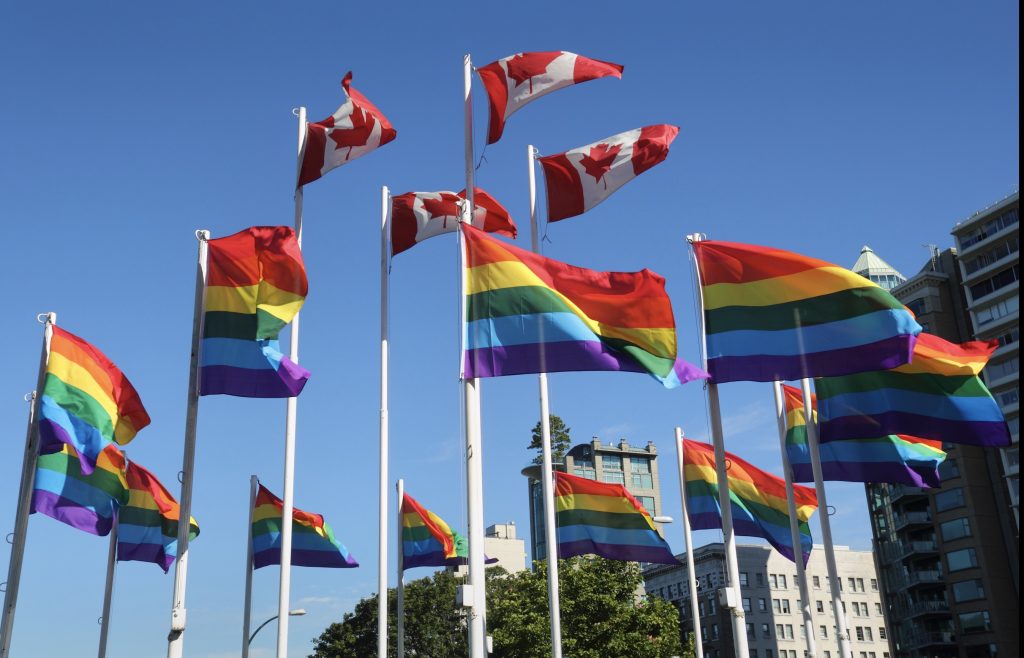 Global acceptance of homosexuality has risen over the past two decades to 72 per cent in 2019 from 51 per cent in 2002. Despite this, a report from last year found that majority of American LGBTQ+ workers have faced job discrimination.

This echoes an earlier report, published by the Canadian Centre for Diversity and Inclusion in 2015, that found many Canadians were uncomfortable disclosing their sexual orientation at work. Just last month, The Canadian Press published an article that found 65 per cent of LGBTQ+ employees in Québec have faced discrimination in the past five years.

As major stakeholders with significant power, corporations have the responsibility to bridge this equality gap and be leaders in making the workplace inclusive and welcoming for their LGBTQ+ employees.

One of the longest, most devastating examples of workplace discrimination in Canada is known as the LGBT Purge. Between the 1950s and mid-1990s, the Canadian government embarked on a purge of LGBTQ+ workers from federal public service and the Canadian Armed Forces.

An estimated 9,000 LGBTQ+ Canadians experienced abuse and violence at the whims of the government that investigated, interrogated and traumatized them.

The LGBT Purge was driven by anticommunist sentiment during the Cold War. Socially stigmatized people, like members of the LGBTQ+ community, were seen as targets for blackmail by the Soviet Union for classified information.

There is no record of any Canadian government employees or members of the Armed Forces turning over evidence to the Soviet Union out of fear their sexual orientation would be exposed.

In 2017, Prime Minister Justin Trudeau apologized for the “state-sponsored, systematic oppression and rejection” of the LGBT Purge. A settlement was reached the following year that included up to $110 million in compensation for survivors of the purge.

The Purge resulted in psychological trauma, material hardship, financial ruin, self-harm and suicide among survivors. The legacy of the Purge, still felt to this day, reminds us that there is still much to be done in the fight for equality.

We decided to study CEO power because CEOs play a key role in investing in corporate LGBTQ+ equality initiatives. They normally set the strategic directions and initiate major decisions in their companies and can influence what initiatives receive funding.

Studies have shown that CEOs improve sustainability because they have higher job security and can focus on long-term initiatives, such as sustainability.

A similar argument could be made for LGBTQ+ employee equal rights initiatives. CEOs, who are in the most secure position in their companies, have the ability and flexibility to invest in corporate LGBTQ+ equality.

How power comes into play

Additionally, we found that powerful CEOs were more likely to discourage corporate LGBTQ+ equality initiatives when corporations lacked external monitoring (lower level of institutional ownership), information transparency (higher tendency to manipulate their earnings) or were headquartered in a state that had a majority religious population.

But there are greater benefits for investing in LGBTQ+ initiatives. They aren’t just the morally correct thing to do, but can also be good for companies in the long run by improving employee morale, productivity, firm performance and future firm valuation.

Our findings reinforce previous reports that we have a long way to go in achieving equal rights for LGBTQ+ people, especially in the workplace.

It is clear that corporations will not alter their course unless they are forced to or their bottom line is at stake. It is time for regulators and policy-makers to enact affirmative action regulations to encourage corporations to create equitable and fair workplace environments for their LGBTQ+ employees.

There are a variety of ways this could be accomplished. Activist-investors could motivate their corporations to invest in corporate LGBTQ+ equality initiatives, like they do for environmental causes.

The Canadian Securities Administrators, an umbrella organization of Canada’s provincial and territorial securities regulators, could propose regulations that would require boards of directors to have LGBTQ+ representation, which in turn may influence more LGBTQ+ friendly policies and initiatives by corporations more broadly.

Dr. Ashrafee Tanvir Hossain receives funding from Social Sciences and Humanities Research Council of Canada. This article is republished from The Conversation under a Creative Commons license. Disclosure information is available on the original site. Read the original article: https://theconversation.com/ceos-are-hindering-lgbtq-equality-in-the-workplace-181679

Related
It’s time for employers to address societal racism
Changing perspectives in organizational diversity
Being a representative of representation in the workplace
From the editor: Canadian CEOs take a stand against hate
Tags