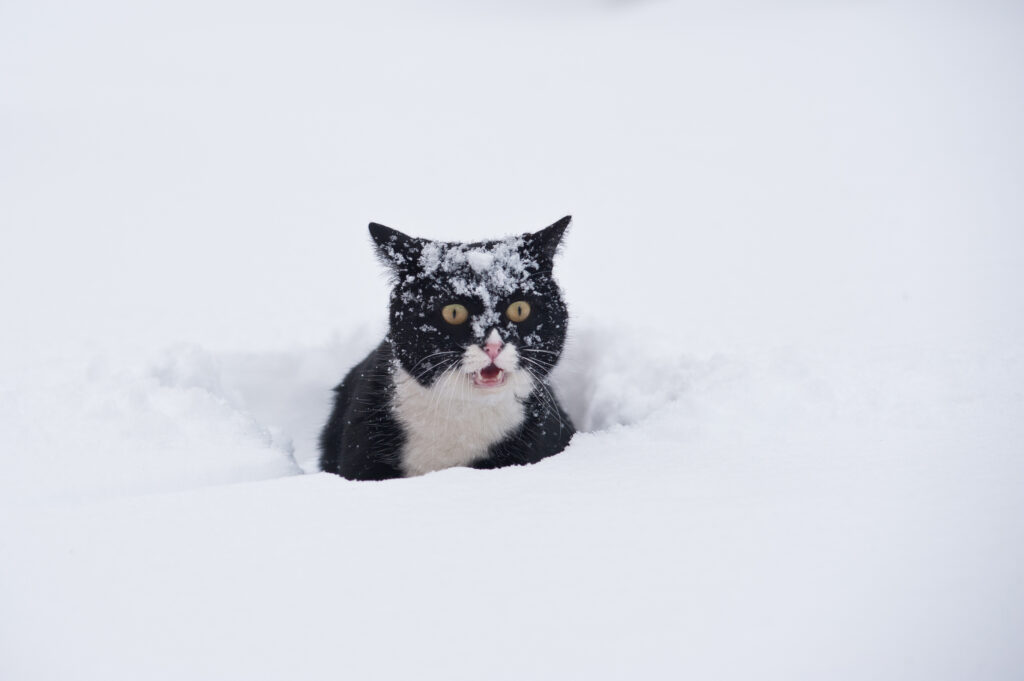 A cat frolics in the snow. Photo: Adobe Stock

By Julia Peterson, The StarPhoenix

On New Year’s Day, a CN Railway worker in Humboldt found an unexpected surprise: someone had left a little orange kitten in one of the railroad’s warm-up shacks.

He had been left with a bowl of food, but nothing else. And with temperatures in the -20 Cs, his paws had frozen to the ice. The worker had to chip him out, and found a local family to look after him.

On social media, Kristie Mino has been posting stories and pictures with her new kitten — her family named him Milo — and sharing her appreciation for the quick rescue.

“He is doing very well,” said Mino. “I am so grateful to the CN worker for finding him when he did, because the outcome of how he is doing would have been significantly different. It pains me that anyone would do this to these little cuties, or any animal.”

Another kitten found the next day

But the next day, when the worker came back to the shack, he heard crying. He went in and found another kitten in the snow, badly frostbitten and in need of medical care.

After chipping the little gray cat out of the ice, he took her to the Humboldt and District SPCA.

They named her Doodlebug, for her happy, loveable personality.

Shelter staff member Kassidy Remenda, who stepped up to foster Doodlebug, said the kitten has a long road ahead of her.

“One of her legs got really bad frostbite from being stuck to the ice for so long, because she was placed right on the bare snow,” Remenda said. “We were trying to treat the leg, but unfortunately we weren’t able to save it.”

Soon, they realized they would have to amputate.

“She is doing amazing” since the surgery, Remenda said. “I’m quite surprised. She’s only about five weeks old, so it’s like she never had a leg there.”

Remenda said she can’t imagine why someone would abandon kittens outdoors in harsh winter conditions. She wonders if putting them in the unheated railway shack might have been a deeply misguided attempt to keep them safe — the shack is more sheltered than the open street — but there is no way to know for sure.

“I don’t know why they didn’t even put the kittens in a box, or something, if they were trying to keep them out of the elements,” she said. “We are all not very happy about it. We can’t believe how anyone would do that to something so small.”

Remenda said the shelter is seeing more and more people looking to re-home their pets this winter.

Some were COVID animals, adopted when people were working from home. In other cases, families simply can’t afford to keep them anymore, she said.

“With the increases in costs, I’ve heard a lot of people saying they can’t afford it. They can’t buy dog food, and things like that.”

There are always better options than leaving an animal out in the cold if you can’t take care of it anymore, she added.

The Humboldt and District SPCA encourages people to try to re-home the animal themselves, or take it to the shelter. If the local SPCA is full, they will send people to the surrounding shelters, Remenda said.