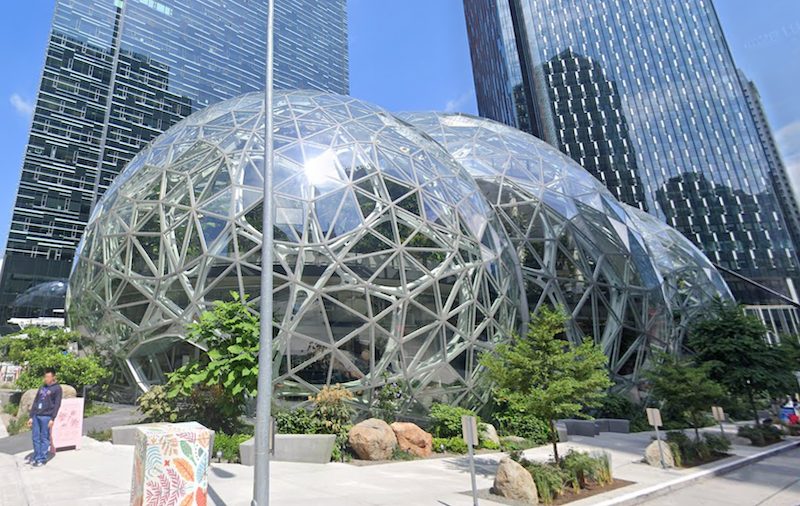 The company has since added these goals to its list of corporate values.

As the second largest employer in the United States (behind Walmart) and an employer of increasing scale in Canada and around the world, this declaration is good news. Amazon has the potential to positively impact the lives of over a million employees.

But the company still has a lot of work to do. Amazon has been dogged by negative reports about working for the organization, including gender and racial bias toward workers and “abusive mistreatment” by managers, an intensive pace of work leading to high incidence of worker injury and workers being underpaid.

If Amazon truly wants to be the “Earth’s best employer,” it needs to start by listening to its employees and prioritizing their needs.

For example, Amazon has been holding mandatory meetings with workers and distributing written information in a bid to influence union votes and situating mailboxes for ballots in parking lots that are near security cameras. There have even been accusations of Amazon using former FBI agents to disrupt organizing efforts.

At the same time, Amazon employs union substitution practices to reduce the perceived need for a union among workers, such as raising wages in response to the campaigns for union recognition.

Amazon’s vehement opposition to trade unions reflects a view of organized labour known as the monopoly face of trade unions. Trade unions are understood to have a negative economic impact on companies by restricting the options available to management. Unions are believed to increase the wages and improve the terms and conditions of its members beyond levels that are economically beneficial for firms.

From another perspective, trade unions are the collective voice of workers and provide the company with economic value. For instance, without trade unions to give workers an effective voice, workers might leave their firms and take invaluable tacit knowledge with them — knowledge that is difficult and expensive, if not impossible to replace.

Unfortunately, employee retention isn’t a benefit that would sell trade union recognition to Amazon, where efforts have been made to encourage workers to leave the organization as their productivity diminishes and desire for better terms and conditions grow.

Employee retention aside, trade unions play an important role in identifying operational problems and forcing management to resolve them, rather than to seek cost effective and ultimately counterproductive “fixes.”

In this way, trade unions impose beneficial constraints on firms through which they constrain managerial activity. For instance, unions force management to invest, rather than reduce costs, for the long term benefit of the company and its workers.

The use of algorithmic management rather than human managers at Amazon means that there is limited human supervisory oversight and day-to-day managerial insight into operations. In this vacuum, trade unions provide an important means of ensuring effective and safe working practices to the benefit of employees and the company.

Whereas the impact of trade unions on productivity is mixed, the results are often positive, and rarely negative. It’s safe to say that they have an overall positive impact on productivity.

However, there is a value in Amazon engaging with workers through trade unions and collective voice that has less to do with its own competitive advantage and more to do with its broader symbolism.

If Amazon provides its employees with a meaningful involvement in the organization and a voice at work, there are implications for the nature of work elsewhere.

Amazon is symbolic of success — what it does, other firms copy, a process known as mimetic isomorphism, where firms imitate the market leader in the hopes of replicating its success. Amazon could set an important precedent for other companies to follow and fundamentally change the nature of work in North American and beyond.

In a time of growing inequality, insecurity, vulnerability and destitution for many, coupled with worsening political turmoil and social unrest because of the ongoing pandemic and the Russian invasion of Ukraine, Amazon can be a beacon of hope.

It has the financial resources and market dominance to be an employer of choice: a destination of aspiration, not degradation. In short, Amazon can become the Earth’s best employer, but this must involve democratizing the workplace, recognizing the legitimate right of employees to organize and cooperating with labour representatives.

Geraint Harvey does not work for, consult, own shares in or receive funding from any company or organization that would benefit from this article, and has disclosed no relevant affiliations beyond their academic appointment. This article is republished from The Conversation under a Creative Commons license. Disclosure information is available on the original site. Read the original article: https://theconversation.com/if-amazon-wants-to-be-the-earths-best-employer-it-needs-to-listen-to-employees-182016