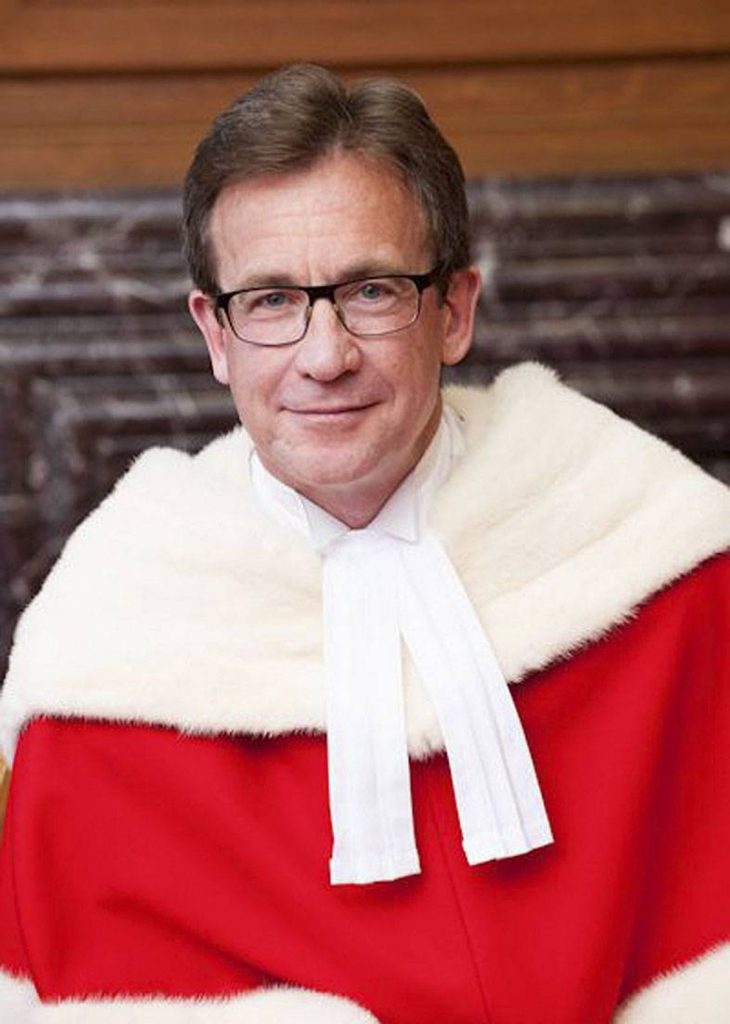 If there’s one thing I’ve learned from decades of covering mental health in the workplace, it’s this: No one is immune.

Even those colleagues you jealously eye, who seem to have all the confidence in the world and everything going for them, might be suffering greatly behind closed doors. We got a reminder of that last week when one of Canada’s top judges went missing.

Supreme Court of Canada Justice Clément Gascon disappeared, and his family was so concerned it called Ottawa police to report him missing. He was found safe, and Gascon disclosed this week that he had a panic attack. Let’s give him credit for that — it’s never easy to admit you’re struggling, especially if you have a senior and high-profile position like Justice Gascon.

In a candid and honest statement, he admitted the behavior was unusual and said he owes Canadians “certain explanations” about what happened because of his position.

“For over 20 years, I have been dealing with a sometimes insidious illness: depression and anxiety disorders. This is an illness that can be treated and controlled, some days better than others,” Justice Gascon wrote.

What spurred the incident? He laid the blame at his decision to announce his retirement and a change in medication.

“I conducted myself in an unprecedented and unaccustomed manner by going out without warning and remaining out of touch for several hours,” he said in the statement, which was reproduced in a Toronto Star article. “I can neither explain nor justify what I understand to have been a panic attack, and I wish to apologize most profusely to all those who suffered as a result. This health issue has been taken care of and treated with the necessary medical support.”

Justice Gascon plans to return to the bench, and serve until the spring – beyond his original announced retirement date of Sept. 15, 2019.

Thankfully, he has the strong support of his colleagues. At a press conference, Chief Justice Richard Wagner said “it takes courage” for a justice to make such a candid statement, adding he was “extremely proud of his colleague.”

Not everyone enjoys such support in the workplace. And not everyone can bounce back as quickly as Justice Gascon. I was reminded of this on Easter when a slew of text messages came into my phone. I’ve written in the past about one of my good friends who has had a lifelong struggle with mental health.

“I am at my parent’s house for Easter dinner and I have been hiding the whole time in the washroom or basement,” he wrote in the first text.

The messages went on, each one sentence or a word at a time:

“I have extreme social anxiety.”

“I have no appetite.”

I reached out to him by phone. It prompted this text in return.

“Hi Todd. I got your message. Unfortunately I’m having a lot of difficulty with my mood plus extreme social anxiety and general anxiety plus very low energy levels. I am also extremely sensitive to sound, especially human voices. They annoy and irritate me. I’m trying new medication.”

Unlike Justice Gascon, he didn’t enjoy the support of his bosses and colleagues. His issues were treated with suspicion and mistrust, and repeated denials of long-term disability benefits by his employer’s insurance carrier. He was left with little choice but to abandon his employment and seek permanent disability under the Canada Pension Plan.

It’s not a fun life. It’s cliché, but for him every day is a struggle. The Justice Gascon story tells us there is a path back to employment and fulfilment, but it requires help from all quarters.

We need better access and coverage for psychologists and psychotherapists. Workers need the support and understanding of their bosses and co-workers. Health-care professionals need to continue doing their great work, and research and funding needs to be put towards finding better treatments – both pharmaceutical and natural.

We need to listen to Justice Gascon’s message. Particular this part – mental health is an issue that can be controlled “some days better than others.”

That means all of us, especially employers, need to be understanding when the illness unexpectedly and inevitably rears its head.

If we do this, we’ll stop forcing people to the margins who otherwise could fully participate in the workplace, the economy and – most importantly – enjoy a fulfilling and happy life. It’s why every one one of us is here, right?