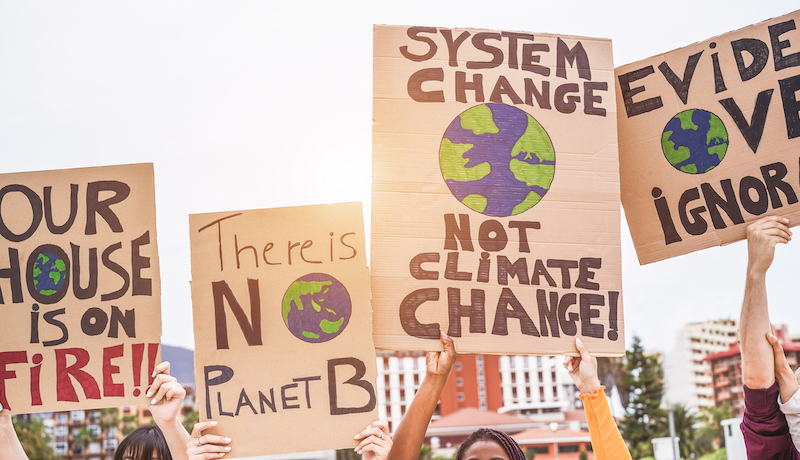 Big companies are increasingly setting voluntary greenhouse gas emissions reduction targets that are derived from the 1.5 C temperature goal of the Paris Agreement. As part of these science-based targets or longer-term net-zero targets, companies commit to rapidly reducing the emissions that come from their electricity consumption.

One approach is to purchase renewable energy certificates, which represent solar, wind and other green energies flowing into the electricity grid.

Our new study shows that companies largely rely on renewable energy certificates to report steep electricity emissions reductions and that this is unlikely to actually reduce emissions.

What are renewable energy certificates?

In most locations, electricity is produced from a mix of renewable and non-renewable energy sources. The electricity enters an interconnected power grid that distributes it to companies and other users.

When companies buy these certificates they can claim that they are sourcing or working towards 100 per cent renewable energy. They can also report lower emissions from their electricity consumption. Both things help companies appear green.

The problem with renewable energy certificates

This is related to the international nature of certificate markets. For example, companies in European countries with dirty energy grids can buy cheap renewable energy certificates issued by old Norwegian hydro-power plants, but this doesn’t lead to more renewable energy generation.

What does this mean for companies’ claimed progress against their emission reduction targets?

We analyzed the emissions reporting of 115 companies with approved science-based targets. From 2015 to 2019, they reported a 31 per cent reduction in greenhouse gas emissions from purchased energy. This made them collectively aligned with the 1.5 C goal of the Paris agreement, according to the 4.2 per cent minimum annual linear reduction rate used by the Science-Based Targets Initiative.

The real combined emissions reduction was closer to 10 per cent, which would barely align with limiting global temperatures to well below 2 C. This overshoot is important because each fraction of a degree increase will lead to more damage and loss to nature and humans.

Some certificates do make a difference

A power purchase agreement is a contract that obligates the company to buy a certain amount of electricity and the related certificates from a specified renewable energy generator for 10 or more years into the future. This guaranteed long-term revenue stream can be crucial for the energy provider to secure the funding required to expand its generation capacity.

What needs to change for companies’ emissions reporting to be trustworthy? As we see it, at least four things.

Our study adds to the evidence that companies’ voluntary climate actions can only take us so far. To achieve the goals of the Paris Agreement, widespread policy changes that drive emissions reductions are needed across the globe.

Related
Trust: Growth, evolution and sustaining momentum
Giving up public transit during the coronavirus is a luxury many Canadians can’t afford
Leadership lessons from the U.S. presidential election
Why it makes good business sense to hire people with disabilities
Tags