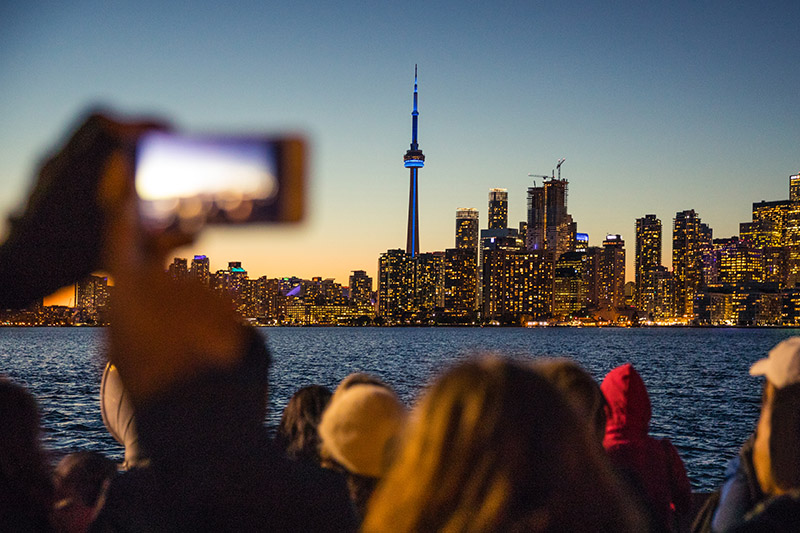 The federal government should use the COVID-19 pandemic to reverse a brain drain of top tech talent south of the border, a House of Commons committee heard Monday, alongside warnings that companies would leave Canada if taxes go up to pay for massive deficits.

The pandemic-related economic crisis is “an ironic opportunity for Canada” because it has led to structural changes that would normally take years happening in a few months, said Jim Balsillie, chairman of the Council of Canadian Innovators.

He said the closure of the Canada-U.S. border, for instance, should spur the government to create a program to put Canadian innovation students to work domestically, with many having seen their co-op placements in Silicon Valley evaporate.

“The border may not open for eight or 12 months. So we have an unusual opportunity to reverse the brain drain — I mean, it is reversed temporarily — but we can actually make Canada a preferred destination,” Balsillie told the Commons industry committee.

“They can’t leave now. So the top students are here, let’s have them build our country.”

The message from Balsillie added a wrinkle to how governments are charting an economic path out of the crisis, knowing that traditional stimulus won’t help a crisis that has hit female-dominated professions. The economic crisis has also been likened more to a natural disaster than a traditional recession.

Speaking earlier in the afternoon, Bank of Canada governor Stephen Poloz spoke about the need for policy-makers to reconstruct broken value chains, unwind the hundreds of billions in emergency measures and manage the unpredictable behaviour of consumers and businesses.

“It is clear that the events of this year will be a massive test for everyone’s policy-making ability,” Poloz says.

“We are entering unknowable times, and we will have to be nimble and innovative.”

Federal figures released Monday showed that a key federal benefit for Canadians out of work, or seeing large drops in their earnings, in the COVID-19 pandemic has now paid out $40.33 billion in emergency aid to 8.21 million people.

The spending has pushed the Canada Emergency Response Benefit further beyond its $35-billion budget. However, billions could be clawed back next year when the government taxes the earnings and recoups improperly paid benefits.

At the same time, the federal government opened applications for a commercial rent assistance program that will provide forgivable loans to landlords who give tenants a break on payments.

Landlords with up to 10 eligible tenants located in Atlantic Canada, British Columbia, Alberta or Quebec could apply online Monday. Applications for landlords in Manitoba, Saskatchewan, Ontario and the territories open Tuesday. Landlords with more than 10 tenants can apply later this week.

Prime Minister Justin Trudeau repeated his request for landlords to apply for the help, while also telling business owners to apply for other programs to pay their rent on time.

The Bank of Canada has helped by purchasing government bonds, effectively providing hundreds of billions in low-cost financing to federal and provincial governments.

Poloz said in his speech that the bank is prepared for the possibility that near-term cash demands from governments may put renewed strain on financial markets.

Federal spending is now up over $151 billion, and the estimated deficit for the fiscal year on a course to top $250 billion, with warnings from the parliamentary budget office that more may be needed.

A panel of experts convened by the C.D. Howe Institute said Monday that governments will likely need “revenue sources beyond tax rate hikes” to pay for the spending, suggesting taxes on large online companies as one example.

“Any such new revenue sources must be done in conjunction with other jurisdictions so as not to be seen as an outlier, thus harming Canadian competitiveness,” the report said.

The chief executive of Magna International also told MPs on the industry committee that companies will be looking to see what the “new normal” will be once the crisis passes.

“The debt … is that going to put a burden on taxes on companies? Because a company like Magna, we’re a proud Canadian company, but we have to go where we can make a profit,” Donald Walker said.

“It will be similar in other areas around the world, but it’s going to be very interesting to see what happens from a competitive standpoint.”

Related
Quebecers answer call to work on farms, but are they up to the task?
Tags