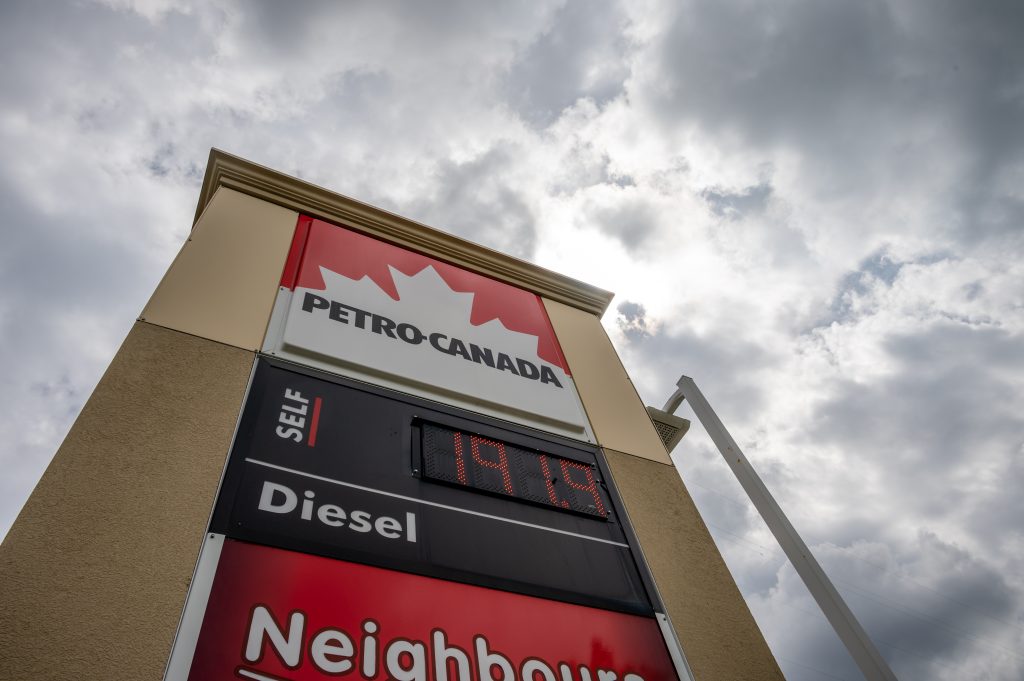 With inflation at a nearly 40-year high, Canadians are feeling the financial strain. In a six-part series this summer, The Canadian Press is speaking to people at different stages of life to see where they’re being hit the hardest. This story details the experiences of young professionals.

Every time Afua Deborah fills her grocery basket, it’s a shock to the system.

“It’s insane seeing the price of, say, broccoli double, or something really menial, like green onions double or triple,” she said.

Like many Canadians right now, groceries are putting a big strain on 28-year-old Deborah’s pocketbook, especially now that she is no longer living with her parents.

The inflation rate for food, which reached 8.8 per cent in June compared to the same time last year, continues to outpace the broader rate of 8.1 per cent.

Deborah, who lives in Toronto and has been working as a front-end developer for the last two years, said rent is the other major variable eating away at her income and ability to save for big goals like buying a house. That’s after she has scaled back on a lot.

A July report by real estate market research firm Urbanation Inc. found that rents in the Greater Toronto Area are rising fast, with dropping vacancy rates in the second quarter pushing up the average rent to $2,533, a 5.9 per cent increase compared to the first quarter.

Housing costs are rising in other cities too.

The average rent for all Canadian properties was $1,885 in June, an increase of 9.5 per cent annually, according to Rentals.ca.

As for easing discretionary spending, Deborah is scaling back on outings to restaurants and bars, and not even bothering with concerts, noting how often they’re getting cancelled.

“Or, you know, I might have friends over and we’ll split Uber Eats or something like that just seems a little more conscientious.”

Travel is one activity she was hoping to get back into, but is holding off because plane tickets and accommodations have gotten pricier. The ongoing delays at airports is another factor influencing her decision.

“It’s sad. It’s sad grappling with the fact that this city that you were born and raised in, is now becoming like less and less habitable,” she said.

It seems like regardless of how careful professionals in the 22 to 34 cohort are with their money, many are still finding it difficult to navigate the current economic climate, especially while trying to enjoy the pleasures of life as a young person and prepare for the future.

“People are finding it impossible to balance it all — it costs significantly more to simply exist,” personal finance expert Danica Nelson said. “People are trying to figure out how to do more with less.”

Inflationary pressures have even pushed some young professionals out of the country altogether, especially as wages lag.

Average hourly wages rose 5.2 per cent on a year-over-year basis in June, up from 3.9 per cent in May and 3.3 per cent in April, according to the most recent jobs data from Statistics Canada. That’s still well below the pace of inflation.

Jen Chae, who grew up in Toronto, is a marketing professional in the fintech industry and has been working and living abroadfor the past several months. She now lives in Switzerland, where she said she is making significantly more money and has been able to save more than she did while working in the city she was raised in.

“Not to mention, the work-life-balance and overall working culture feels more relaxed than what I experienced on Bay Street, despite still staying in the same industry of financial services.”

Chae said she couldn’t have maintained the lifestyle she had without her parents’ help when she was in Toronto, as her salary wasn’t keeping up with the cost of living.

“If salaries were higher and cost of living cooled in Toronto, I probably would have stayed there happily instead of moving to work abroad,” Chae said.

To get through inflationary periods like this one, Nelson said budgeting is imperative.

She also advises young professionals to set up “sinking funds,” which are reserves of money set aside for different expenses, and oftentimes bigger expenses. Every month you put money in one or multiple funds to be used for a later date.

Additionally, she suggests going back to some of the low-cost activities from the early days of the pandemic, whether it be picnics, walks or bike rides, in order to save some cash while maintaining a social life.

With the potential of a recession looming, Nelson is encouraging young professionals to bulk up their emergency savings accounts or create one if they haven’t already.

Despite all of the economic uneasiness right now, there is a segment of young professionals who aren’t overly worried.

Toronto-based portfolio manager Charlie Digalakis said the current economic climate has certainly “caught (his) attention,” especially the high gas prices, but he feels confident in the decisions he’s been making amid the trifecta of soaring inflation, high housing prices and rising interest rates.

“I think I’ve been budgeting really well during this time. And, you know, if I have to continue to draw back on some of my expenses that aren’t necessities, then I’ll continue to do that,” he said.