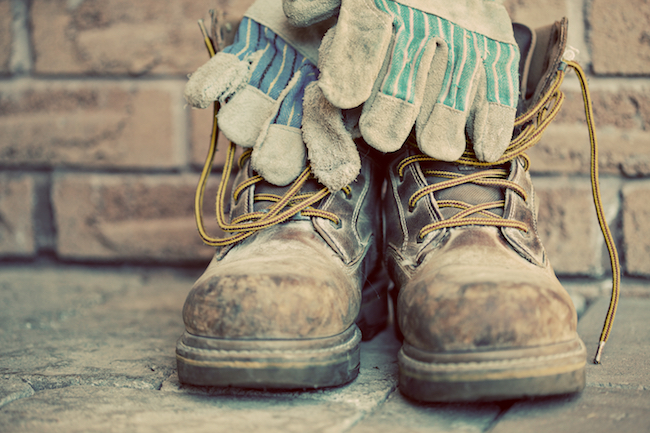 The first, and thankfully only, time I’ve witnessed a workplace safety incident it was hot.

Not in the sort of uncomfortable hot-for-Canada way, but in that sticky and steamy can’t-escape-it-no-matter-how-hard-you-try kind of way.

A heat wave had settled in around Windsor, Ont., in July 1991. The thermometer was pushing 35C, and the newscasters said the humidity made it feel more like 45C.

It was day one on the job for me, the ultimate summer gig on the line at Chrysler’s Windsor Assembly Plant building Dodge Caravans and Plymouth Voyageurs. We had just come out of orientation, and a good part of that time was spent on safety.

Equipped with steel-toed shoes, gloves and goggles we wandered on to the factory floor to get our first assignment.

My job was pinning the fuel line, running from the gas tank to the engine, to the undercarriage of the van.

My thoughts were focused on two things: That first paycheque and making sure I did a good job. My father, after all, worked for Chrysler and any mistake I made would undoubtedly get back to him and become fodder for uncomfortable dinner conversation.

About a dozen vans into my shift, I heard a horn and a yell. I turned just in time to watch a forklift loaded with engines run over the foot of one of the other summer students. An alarm sounded, and the line went down.

We all rushed over to check on her. Thankfully, she was fine – her steel toe somewhat dented but the foot underneath unscathed. The PPE had done its job, no small feat given the size of the machinery that rolled over it.

Hours later, I found her at the lunch table and settled in next to her. “You OK?”

“Yes,” she responded. “That was lucky. I was so distracted I didn’t see him.”

Turns out her grandmother had passed away that morning, just hours before her shift started. She didn’t want to miss her first day. But it also meant her grieving mind was wandering as she crossed the aisle.

That story always reminds me of everything we bring to work with us on a daily basis. You can’t check your feelings and emotions at the door. What happens at home spills into work, and vice-versa.

When it comes to safety, it only takes a second for things to head south. That’s why, increasingly, mental health is such an important part of the conversation when it comes to workplace safety.

Distracted workers are unsafe workers. That’s a big part of the reason OHS Canada has teamed up with our sister media brand, Talent Canada, to launch the Psychologically Safe Workplace Awards.

If you have two minutes, watch the following explainer video and visit www.PsychologicallySafeWorkplace.com. This isn’t a vanity awards program, but a credible and independent evaluation.

It’s powered by the Mental Fitness Index (MFI), an assessment your teams take that gives them individual data. The video explains it far better than I can in this space.

The program is a small, but important, step that can help leaders make intelligent and evidence-based decisions. It also shows your employees you care about their health, and are dedicated to improving the culture at your organization.

It all culminates with a celebration on Sept. 15 in Toronto at the Globe and Mail Centre. We hope to see you there.

Related
C-suite leadership is the nagging gap in prevention
Are your managers ready to lead through a transition?
Is quitting contagious? Depends on who leaves, who’s in charge
Why PPE built for women means safer working conditions
Tags