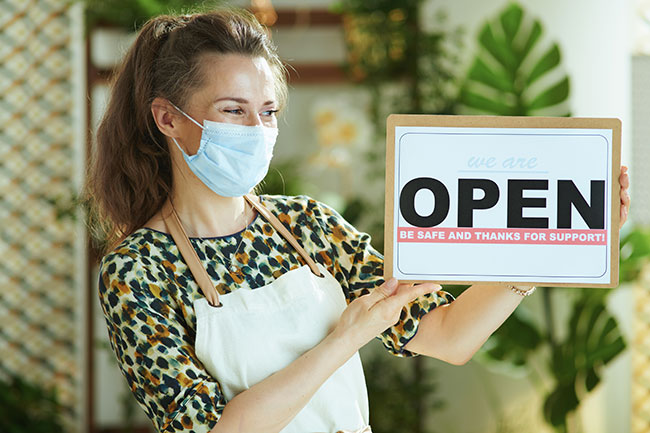 As summer has now ended and fall has arrived, our thoughts are turning to familiar routines. Shorter and cooler days are here, and kids are back in school.

Still — this fall is different. COVID-19 has upended all of our lives, and what once was familiar, now feels somewhat strange and uncertain.

As all of this starts to unfold, many employers are asking whether their workers can now safely come back to work. Based on the medical experts — it would seem the answer is yes, so long as reasonable precautions are taken.

In our view, businesses can most effectively approach the problem by first identifying who needs to be considered in the plan, and second by identifying the various controls that need to be implemented to give effect to it.

Identifying who is involved

The process of developing a safety plan revolves around the people that it is meant to protect. They are the ones who will be performing the operations from which the risks stem from the work, and they are the ones that will need to comply with, and give effect to, its content.

As such, and given that the risk posed by COVID-19 is tethered to people’s exposure one to the other, the question has to focus, at least from the start, on who is involved and not on what is being done.

Depending on the facility, the range of people who need to be considered could be extremely varied.

What precautions need to be taken

Once a business has identified who is involved in its operations, it needs then to turn to developing controls that will protect those people, both with respect to the operations they are performing and to the environment in which they are working.

Recognizing that, controls should include the use of everything from procedures and policies through to engineering and administrative controls. For example, employers should:

Other additional tried and true measures ought also to be included as part of these precautionary measures.

These would include the use of physical distancing and masks, the placement of limitations on meetings in the workplace, as well as the implementation of safe hygienic controls such as making hand washing and sanitizing facilities readily available, and creating sick-day policies that encourage people to stay away if they have any symptoms.

If these measures are taken, and modified and developed appropriately to particular workplaces, everyone’s eagerly anticipated return to work will have been made that much safer.

David Reiter is a partner with Aird & Berlis in Toronto and regularly contributes to OHS Canada, a sister publication to Talent Canada.

This article offers general comments on legal developments of concern to business organizations and individuals and is not intended to provide legal advice. Readers should seek professional legal advice on the particular issues that concern them.