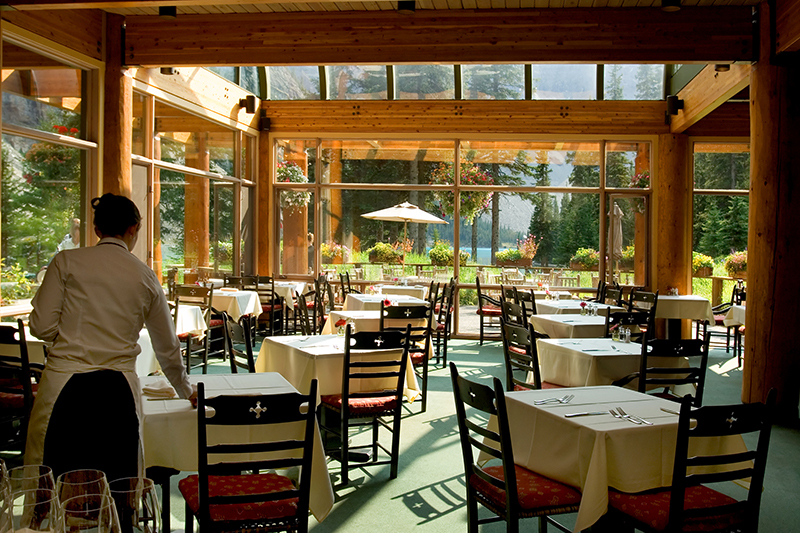 Restaurants have been particularly hard hit by the COVID-19 pandemic. (Natalia Bratslavsky/Adobe Stock)

When a fried chicken chain opened its first location in Atlantic Canada, it was so popular it had to cut back hours.

The Popeyes Louisiana Kitchen that opened a few weeks ago in a Halifax suburb has reduced its schedule because of high demand that left staff scrambling as customers queued up for hours.

“Due to industry-wide staffing challenges, the store is open for one less hour than before,” Popeyes spokeswoman Emily Ciantra said in an email.

“The restaurant aims to be back to its regular hours by early June.”

The bizarre case of a restaurant so popular it needs to close early underscores a pervasive issue facing restaurants in Canada: A labour crunch.

“The new Popeyes that opened actually had to … cut back hours just to give their people a rest,” said Gordon Stewart, executive director at the Restaurant Association of Nova Scotia.

Restaurants across the country are reducing hours and condensing menus as persistent staff shortages and spiking costs threaten to derail the industry’s comeback from crushing pandemic restrictions.

The decision by many restaurants to scale back operations comes despite an upswing in business as diners return to restaurants in full force.

“Customers are back. But when you don’t have staff to work all the shifts, you start cutting back hours,” said Stewart.

“There are very few restaurants now that are running seven days a week and full hours.”

Canada’s restaurant industry was slammed by two years of shutdowns, repeated layoffs and strict capacity limits. About 13,000 eateries across the country closed permanently.

The situation prompted an exodus of workers from the sector as people sought more steady incomes, switched fields or went back to school. Canada also welcomed fewer immigrants during the pandemic, newcomers that sometimes find work in the restaurant industry.

As the lucrative patio season ramps up, the restaurant industry expects staff vacancies will rise to 210,000 across the country by this summer, said Olivier Bourbeau, vice-president of federal affairs with Restaurants Canada.

“It’s extremely difficult for restaurants to find staff,” he said. “We just don’t have enough workers.”

Job openings abound across the industry in both fast food and full-service restaurants.

But the problem is most acute in kitchens.

During the pandemic some restaurant operators blamed government subsidies for the lack of staff, but the ongoing shortage suggests a more protracted and complex issue. Some workers in the industry have said the long hours, unstable schedules, low wages and gruelling conditions — especially in a hot, busy kitchen — are to blame.

Statistics Canada reported the annual inflation rate hit 6.7 per cent in March, while food costs — a key input for restaurants — increased even more, with prices for dairy, pasta, meat and cooking oil all soaring.

“From gasoline to a steak, it’s all gone crazy,” Stewart said. “Costs are up right across the board.”

Some eateries are eliminating less profitable meals like breakfast or lunch, offering fewer menu items overall and closing during the slowest days of the week to cut down on waste. Others are offering smaller portion sizes, rethinking the so-called “centre of plate,” typically beef, chicken or fish, or even just ordering less food at one time.

“If you don’t sell something by its (expiry date) it’s gone, you have to throw it out,” Stewart said.