Columns/Blogs Culture Diversity & Inclusion
Well, actually: Mansplaining is a problem in the workplace 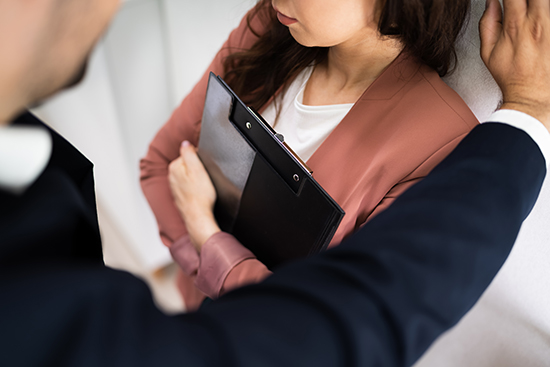 Since the term “mansplaining” has entered the cultural zeitgeist as a social media phenomenon and hashtag, its popularity and usage has only skyrocketed. In just six months between November 2016 and April 2017, for example, it was mentioned at least 10,000 unique times on Twitter.

Mansplaining is a portmanteau combining “man” and “explain” that refers to a man providing an unrequested explanation to a woman. It is characterized by the confidence of the speaker, a condescending tone, an interjection or interruption and the underlying assumption that the target has no prior knowledge of the subject.

The term mansplaining was first popularized by Rebecca Solnit in her 2008 essay, Men Explain Things to Me. In it, Solnit described an interaction with a man where he explained to her the premise and importance of a book he assumed she had no knowledge of — a book that Solnit wrote herself. He continued doggedly despite her friend’s repeated insistence of “that’s her book.”

In other notable examples, an astrophysicist tweeting about climate change was told to “learn actual science” and a NASA astronaut was challenged on her own tweet about an experiment that she conducted in a space-equivalent zone.

The ongoing social media discourse around mansplaining and its connection to the professional experiences of women questions whether this form of behaviour can be found in the workplace and, if so, what effect it is having.

Research suggests that covert forms of workplace mistreatment have increased over the last 20 years. This is sometimes attributed to the increased condemnation of overt discrimination.

Most incidents of mistreatment in today’s workplace are due to a lack of civility or violations of social norms, rather than openly discriminatory, hostile or violent behaviours. Covert mistreatment such as disrespect, condescension and degradation are particularly harmful because of the ambiguous nature of intent.

We set out to explore how the term “mansplaining” is being used in popular discourse surrounding the workplace. We also wanted to know if mansplaining exists outside of social media, or whether it is just another example of online backlash against experts. To do so, we investigated the prevalence of mansplaining in the workplace.

To define mansplaining in the workplace context, we scraped Twitter for tweets that mentioned mansplaining and included work-related terms. Our analysis expanded the definition of mansplaining: someone (usually a man) providing an unsolicited — or unwelcome — condescending or persistent explanation to someone (usually not a man) that questions their knowledge or assumes a lack of knowledge — regardless of the veracity of the explanation.

We then surveyed working North Americans to ask them if they had experienced mansplaining, how frequently it occurred if they did and the perceived gender of the perpetrator.

We were particularly interested in knowing whether the “man” part of mansplaining was appropriate. As such, we asked people of all genders to report on the behaviours we associated with mansplaining and didn’t specifically ask respondents about mansplaining itself.

Our research indicates that mansplaining is much more than a social media phenomenon and permeates beyond the virtual realm to affect people in their working lives.

Nearly every individual in our study, regardless of gender, experienced at least one of the mansplaining behaviours. However, women and gender minority employees experienced a wider range of the characteristic behaviours and experienced them much more often.

Our results also suggest that mansplaining has significant detrimental effects on the targets — much like workplace incivility does. Each of the mansplaining experiences were associated with lower organizational commitment and job satisfaction and higher turnover intentions, emotional exhaustion and psychological distress.

Mansplaining is not a fad

Organizations should not dismiss mansplaining as a product of social media rudeness or as a passing fad. Instead, mansplaining should be understood as an issue related to selective incivility where individuals are targeted based on their identity and made to feel like they do not belong.

The Civility, Respect and Engagement in the Workplace intervention is one such training that mitigates incivility and encourages civility in the workplace. A Canadian hospital system that used the intervention saw improvements in respectful behaviour, job satisfaction and trust in management, while employee burnout and absenteeism dropped.

The book, Subtle Acts of Exclusion, might also be a handy resource for leaders and employees aiming to address this covert form of gendered mistreatment. This handbook helps organizations prevent microaggressions so that employees feel a sense of belonging and inclusion in their workplaces.

It’s up to workplaces to mitigate the harms caused by mansplaining and prevent it from becoming a recurring issue in the workplace. The productivity and well-being of employees depends on it.

Related
Power of parity in boards: past, present and future
How to create a deeply humane workplace culture
Women are struggling to regain lost ground in the workforce after COVID-19
It’s time for employers to address societal racism
Tags