U.S. Supreme Court Justice suspects 'we will not see those agreements anymore' 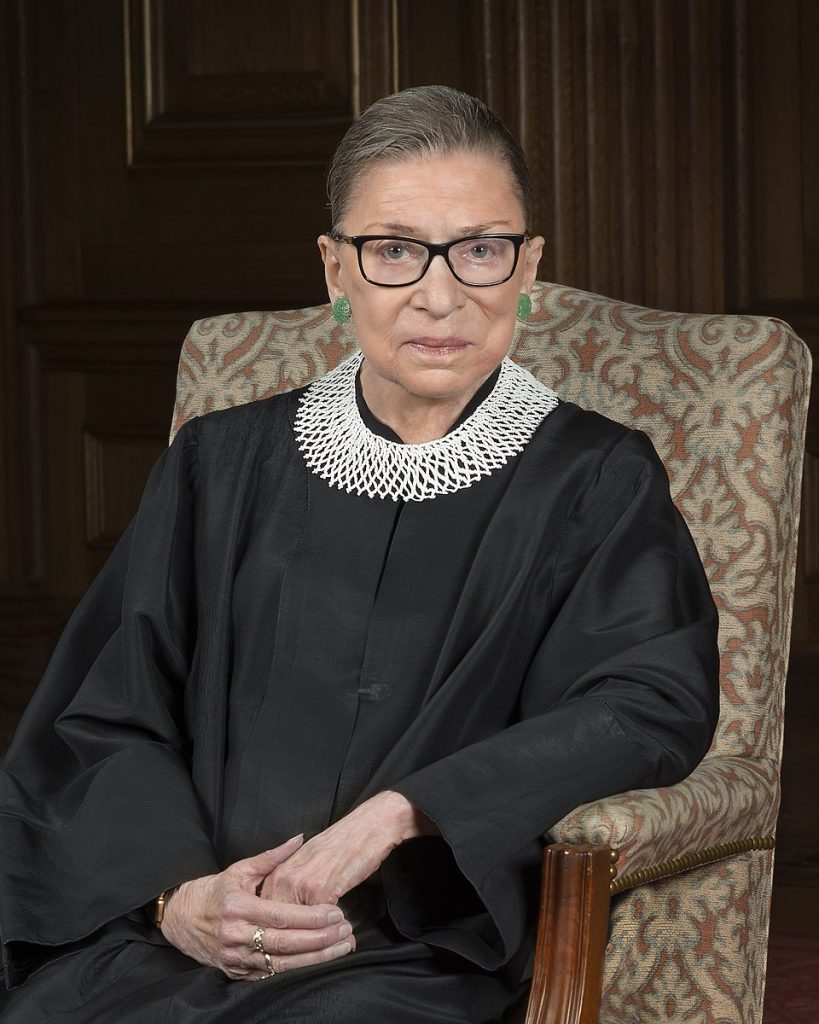 PHILADELPHIA (AP) – A new book on Ruth Bader Ginsburg explores the Supreme Court justice’s thoughts on the #MeToo movement and her hope that non-disclosure agreements, which have come under fire in sexual misconduct cases, “will not be enforced by the courts.”

Several women have spoken out about their encounters with disgraced movie mogul Harvey Weinstein and other high-profile men despite the financial and legal risk of violating the agreements. Others, including former Fox news anchor Gretchen Carlson, want to be released from the confidentiality clauses, concluding they only serve to cover up abuse and keep victims silent.

In “Conversations with RBG: Ruth Bader Ginsburg on Life, Love, Liberty, and Law,” the 86-year-old feminist icon questions whether the #MeToo movement will render the secrecy clause obsolete in such cases.

“One interesting thing is whether it will be an end to the confidentiality pledge. Women who complained and brought suit were offered settlements in which they would agree that they would never disclose what they had complained about,” Ginsburg said at a February 2018 event at the National Constitution Center in Philadelphia that’s included in the book.

“I suspect we will not see those agreements anymore,” she said at the time.

Ginsburg revised her thoughts in edits made this year, according to the book, which was written by National Constitution Center President Jeffrey Rosen and released Tuesday.

“I hope those agreements will not be enforced by courts,” Ginsburg added.

Ginsburg had championed equal protection for women in the 1970s as co-founder of the Women’s Rights Projects at the American Civil Liberties Union.

Some lawyers who represent women today in sexual misconduct cases, including Debra Katz and Gloria Allred, pushed back on Ginsburg’s view of the non-disclosure agreements, known as “NDAs.” They called them essential to securing settlements and protecting their clients’ privacy.

“Employers would not be willing to pay the kind of settlement that they pay now if they believe that all other employees would know about (it),” said Katz, who represented Christine Blasey Ford in her Senate testimony against Supreme Court Justice Brett Kavanaugh.

Katz also fears the disclosures would make it hard for her clients to find work again.

For Carlson, the secrecy has left her unable to take part in media coverage of her lawsuit against Fox News. She received a reported $20 million settlement in 2016 after claiming late Fox News chief Roger Ailes fired her after she rejected his sexual advances.

“It’s really through NDAs (non-disclosure agreements) and through other means of settling these kinds of cases of sexual harassment that we keep women silent,” Carlson told The Associated Press on Saturday.

Until that changes, she said, “we’re not going to eradicate this problem.”

Katz, though, insists it’s not up to victims to change the culture.

“The onus should be not on the person who’s brought a claim to protect women in the future from sexual harassment. That’s the job of the employer,” Katz said.

Fox did not respond to requests for comment on the issue this week.

NBC Universal, in the wake of Ronan Farrow’s reports that the company had buried a string of sexual misconduct claims with confidential settlements, announced Oct. 25 that it would release current or former employees “from that perceived obligation” if they contacted the company.

Time’s Up and other #MeToo activists lauded the move, but questioned why the accusers had to meet with the company at all.

At least two states, New York and California, have placed limits on the use of NDAs in sexual misconduct cases since the #MeToo movement took off in 2017. The New York law allows them only if the victim prefers it.

But Allred, for one, sees no signs that courts will stop enforcing them. Often times, they’re sent straight to arbitration, she said.

Weinstein, who’s awaiting trial in January on rape and sexual assault charges, is not known to have sought damages from anyone speaking out.

At least one celebrity has, though not successfully.

Comedian Bill Cosby, as he awaited trial in 2016, filed suit against victim Andrea Constand, her mother and her lawyer after they co-operated with authorities who had reopened the case, a decade after he paid Constand a confidential $3.4 million settlement.

“We were adamant that you couldn’t do that,” said Constand’s lawyer Dolores Troiani, who said the agreement preserved their right to talk to police. “That is against public policy.”

Cosby, who later withdrew the complaint, was convicted last year and is now in prison.

Ginsburg, in a 2018 conversation recounted in the book, said she expects the #MeToo movement to have staying power, and any backlash to be limited.

“There are still advances, a way forward, and I do think the more women there are in positions of authority, the less likely that setbacks will occur,” Ginsburg said.