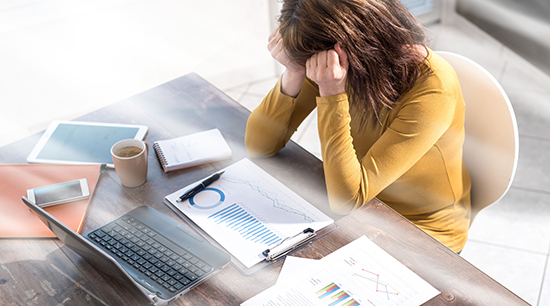 If clear processes are not outlined for staff, it is likely that employees will face one of the most detrimental results of remote work to date — burnout. (thodonal/Adobe Stock)

A tribunal has ordered a British Columbia accountant to pay her former employer more than $2,600 after tracking software showed she engaged in “time theft” while working from home.

The decision released this week by the Civil Resolution Tribunal shows the woman made a claim of $5,000 to cover unpaid wages and severance pay, arguing she had been fired without cause last March.

But the employer, Reach CPA Inc., submitted a counterclaim with evidence showing a 50-hour discrepancy between her timesheets and activity recorded by the tracking software on her work computer.

The decision shows the woman started working remotely in October 2021 and Reach installed the software, called TimeCamp, on her laptop four months later, shortly after she and her manager met to discuss her performance.

The tribunal says Reach compared the woman’s timesheets with the software’s data over a month between late February and March and found she claimed 50 hours during which it appeared she wasn’t working.

The ruling orders her to pay Reach $2,603 plus interest in debt and damages for time theft and an outstanding portion of an advance the company had given her for home office equipment and educational fees, along with a $125 fee to the tribunal.

The woman told the tribunal she couldn’t explain the 50 hours that were not accounted for since she did not fully understand how to use the software, it says.

But tribunal member Megan Stewart found that didn’t matter given the program automatically tracked the difference between her work and personal activities.

“Time theft in the employment context is viewed as a very serious form of misconduct,” says the decision released Wednesday.

Trust and honesty are essential to an employment relationship, especially in a remote-work environment, it says.

The woman’s misconduct lead to “an irreparable breakdown in her employment relationship with Reach,” Stewart says in the decision, finding “dismissal was proportionate in the circumstances.”

The woman also told the tribunal she spent time working with hard copies that TimeCamp would not have captured, the decision notes, but Reach submitted data showing with the time she spent printing, she could not have printed the large volume of documents she would have needed.

Even if she had been working with hard copies, Stewart found no evidence that the woman uploaded her work into the company’s electronic system or otherwise demonstrated that she spent any significant amount of time performing work-related tasks in connection with the 50 hours that were unaccounted for.