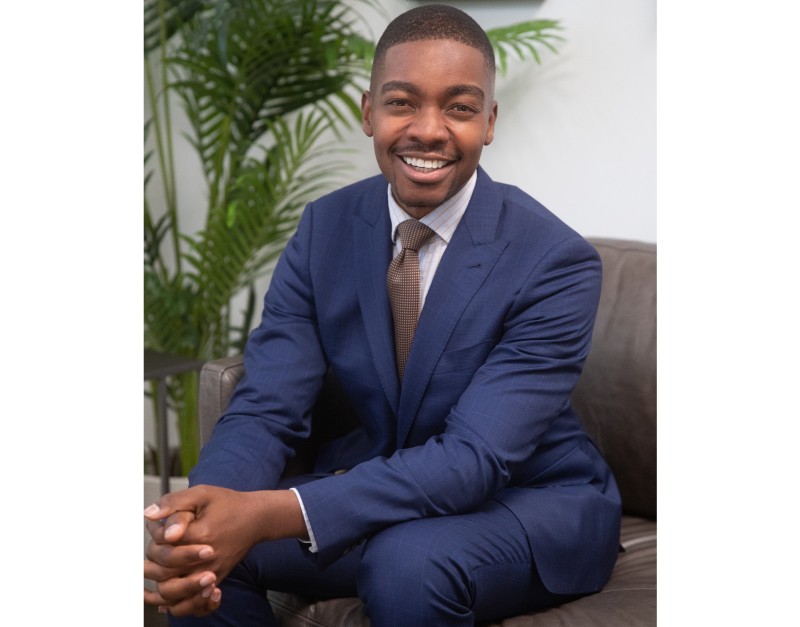 Jason Murray’s imperative to connect Black candidates with opportunities for leadership comes at a time when crisis is spurring action around the globe. (Samuel Lehner/S.a.M Productions)

He was a student at an arts academy in Toronto’s West End, and the only Black male in his graduating class. A native of the city that created Drake and The Weeknd, he now looks back on the experience as an example of an institution failing to tap into the talent the city offers.

“No one can tell me that there aren’t incredible Black singers, dancers, and visual artists here. There could have been another Diana Ross spawned or another Miles Davis, but the institution was not proactive enough to find that talent and bring them in,” Murray says.

Years later, as the chief executive officer of BIPOC Executive Search, Murray helps organizations make sure they don’t find themselves recruiting from homogenous talent pools — ones that have historically been white and male. The company’s mission is to help institutions break out of outdated recruitment practices by spotlighting Indigenous, Black, and other racialized candidates who rarely get tapped on the shoulder when recruiters are looking for a company’s next leader.

In Canada, Murray’s work is much needed.

A 2020 study by Corporate Knights found that of the S&P/TSX 60 companies, just six of 799 senior executives and four of 686 board members are Black.

Since an organization’s network is a natural place to start in search of a new staff member, these statistics show there’s a significant gap to fill before Black candidates have an equal shot at being considered for high-profile roles. When asked how this gap got so wide in the first place, Murray points to the bias baked into popular recruitment practices. “Many individuals who are found in exec­utive searches are individuals who have certain networks, who have walked the halls of certain orga­nizations or institutions,” Murray explains.

A preoccupation with qualifica­tions like test scores, or overvaluing a diploma from a certain alma mater, can be stumbling blocks for groups looking to hire more diverse talent. While education and experience are relevant, Murray says there’s more to think about when meaningfully incorporating diversity, equity, and inclusion into talent searches.

“Of course, technical skill is also important,” Murray says, “but I often will suggest looking at some of the transferable pieces when it comes to people in the BIPOC community because many haven’t been given the opportunity to do a given task before.”

A 2019 national report by Dalhousie University and the Canadian Centre for Diversity and Inclusion explored perceptions of the importance of diversity and inclusion among existing senior leadership in a host of companies. And while many of the executives surveyed said they believe these strategies are important, the report concluded that few had turned sentiment into action.

In 2014, Deloitte found 40 per cent of Canadian businesses have no one on staff responsible for diversity and inclusion functions. This leaves recruitment practices susceptible to the whims of a human resources department with no diversity, equity, and inclusion training; or worse, it makes it easier for those acting in bad faith to intentionally block diverse candidates. Murray says without policies in place to safeguard against issues like bias, workplaces will have a tough time breaking the cycle of over-recruiting white candidates.

“Colonialist acts have resulted in white men acquiring power over many societies, and people to this very day equate leadership to power. So, the closer you are to that archetype, the more people will start seeing you as someone who harnesses power — and therefore deserving of being a leader,” Murray says. “That’s the reason why, when people are looking at resumés, bias comes in.”

In the wake of protests in support of Black lives, the public has put enormous pressure on companies to check their biased practices. In response, Murray sees organizations increasingly examining where they have room to grow. “There are people out there realizing there’s something here that’s very important for companies to respond to,” he says. It’s a small but significant first step in shifting the makeup of the corporate world.

In fact, Murray sees many qualities he’d look for in a leader exemplified by the movement.

“Black Lives Matter has strategy, vision, they stay on message, they’ve weathered storms, they get buy-in. There are certain things people look for in a leader and everything I just brought up is on that list.”

Murray tells companies looking to more effectively recruit and retain Black talent to own the fact their company is trying to change. He says organizations shouldn’t shy away from being vocal about their new practices.

“When you don’t have representation on your board, or don’t have a certain group on your senior leadership team, there is nothing wrong with saying: ‘We’re trying to be strategic, and part of being strategic is being able to hear from different people, so we’re looking for a diversity of voices.’”

He encourages Black candidates to ask recruiters to do more than just pass their resumés along. “Candidates should be okay with making hiring officers or recruiters feel a little uncomfortable. Ask for help to navigate things. Say, ‘I need you to educate me in terms of what I’m going to encounter. I need you to be my agent right now and work with me so that I am fully prepared.’”

Murray’s imperative to connect Black candidates with opportunities for leadership comes at a time when crisis is spurring action around the globe.

“Of course, the social imperative of this work is there,” Murray says, “but we also want to ensure that the untapped potential of people is able to be realized. It’s better for the economy, and it’s better for individuals.”

Though the necessity of an organi­zation like Murray’s is a poignant sign of the times, he’s been on a path to play a leading role like the one he’s in since his art school days. “When I got into this work, I saw parallels between executive search and the world of theatre casting, right down to the nomenclature — the term talent is used in both. They’re not so different in some ways!” Murray says, laughing.

Murray and his team at BIPOC Executive Search launched in July 2020. Their goal is to help raise the number of Black professionals in Canadian executive leadership to 3.5 per cent by 2025.

The Winter 2021 issue of Talent Canada includes the inaugural issue of DACOSTA Magazine, printed as a sponsored section.


This story is republished with permission.