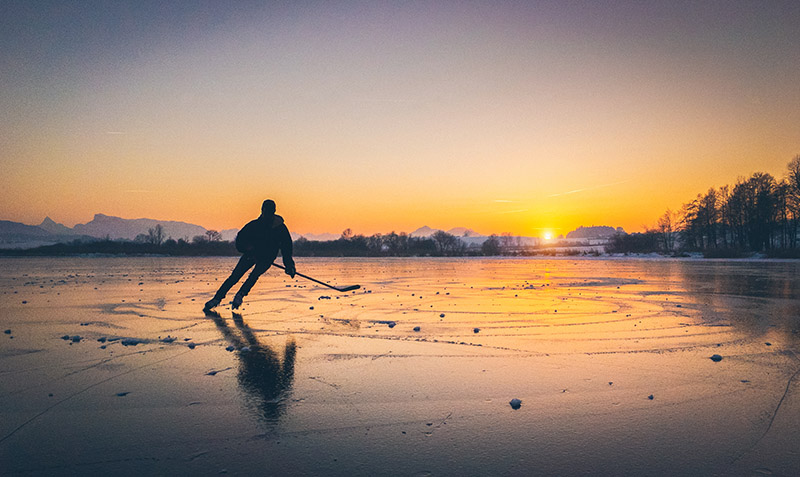 VANCOUVER (CP) – Amid a reckoning in the NHL and mounting allegations of abuse and harassment in university sports, athletes are renewing a call for an independent body to probe complaints and oversee a universal code of conduct.

Former Olympic skier Allison Forsyth says if such an organization had existed in the late 1990s, it likely could have prevented her alleged abuse by coach Bertrand Charest.

“I didn’t have a safe place where I felt like I could report,” she says. “I was never even trained on sexual abuse or harassment in sport. I didn’t even know what signs to look for.”

Athletes and experts say the current model of self-regulation, in which sports organizations have designated third-party officers who handle complaints, isn’t working. Many athletes fear retribution or inaction from organizations that may have an interest in protecting coaches or their own reputations, they say.

The call for an independent national authority to oversee a code of conduct and to investigate allegations is not new. But advocates say progress has slowed due to pushback from sports organizations and questions of cost and jurisdiction from governments.

The current climate is ripe for change to finally happen, they add. Calgary Flames coach Bill Peters apologized Thursday for using “offensive language” 10 years ago and former Toronto Maple Leafs coach Mike Babcock has been accused of questionable motivational tactics. At the same time, athletes at the University of Victoria, University of Lethbridge and University of Windsor have come forward with allegations of abuse and harassment against coaches.

Forsyth’s allegation has not been tested in court and a lawyer who previously represented Charest did not immediately respond to a request for comment.

The push for safer sports, which began heating up two years ago with the #MeToo movement and Charest trial involving other female skiers, has spurred fear among sports organizations of the “pendulum overswinging,” says Dasha Peregoudova, president of AthletesCan, which represents national team athletes.

Peregoudova says organizations worry about receiving a flood of historical complaints that they don’t have the means or capability to deal with. But she says any culture shift requires massive changes to practices and understanding.

“If that’s going to be defined as the pendulum overswinging, then so be it, because that’s what it takes to have real, true and meaningful long-lasting change.”

The previous sports minister, Kirsty Duncan, made addressing abuse and harassment her signature issue and tasked the Canadian Centre for Ethics in Sport with leading a process to develop a national code of conduct. A final draft that clearly defines types of mistreatment and lays out sanctions for violators was submitted to the government this week.

Sports organizations had pushed for sport-specific language in order to prevent, for example, normal physical contact in martial arts from becoming prohibited, says Gretchen Kerr, a professor specializing in athlete maltreatment at the University of Toronto.

However, she says experts warned against including a clause that would have exempted contact, behaviour or coaching methods that are “objectively acceptable” in a sport, because a major risk factor for abuse is that certain practices have become normalized.

She stresses normal physical contact would not be policed under the draft code of conduct.

“Any logical person in the receipt of a concern or the investigation would incorporate contextual considerations as they pursued the complaint,” Kerr says.

Some sports have embraced the idea of an independent body but there’s also been “huge pushback” from leading sports organizations, governments and the Coaching Association of Canada, says Bruce Kidd, a University of Toronto sport and public policy professor.

He says common concerns are that the body would “target” coaches or dampen the focus on high performance and result in fewer medals, he says.

“Instead of saying that these kinds of practices are part of producing tough athletes, we should say no, you don’t have to wreck people to turn them into champions,” says Kidd. “Most of the evidence is that people perform best when they are valued and affirmed.”

Swimming Canada CEO Ahmed El-Awadi strongly disagrees that sports organizations have pushed back on the idea. He says he’s been closely involved in the code of conduct and organizations just want to ensure it’s aligned with the existing rules of various sports.

“I’m very close to a lot of top sports in the country and this is near and dear to their heart,” he says. “There’s not a single person who would tell you that they would absolutely allow abuse in their sport to get performance.”

He says he supports an independent system but he and some other leaders of sports organizations have asked for a feasibility study first to determine cost and planning.

Tennis Canada and Rowing Canada Aviron also say they support an independent body while Alpine Canada says it welcomes all initiatives that will improve safety and respect in sports.

Lorraine Lafreniere, CEO of the Coaching Association of Canada, says her organization has not opposed the concept. However, she says she wants to ensure it doesn’t just add more bureaucracy and suggests an existing group, such as the Sport Dispute Resolution Centre of Canada, could take on the responsibility.

The dispute resolution centre’s CEO, Marie-Claude Asselin, says it acts as a neutral tribunal. An outside authority could investigate complaints before the centre hears them, she says.

“We can’t be the prosecutor and the judge at the same time,” she says.

The former sports minister also established a confidential tip line at the dispute centre. However, Asselin says complaints are typically sent back to the relevant sports organization for investigation, underscoring the need for an independent system.

AthletesCan, the heads of some sports organizations and experts including Kidd and Kerr sent letters to Prime Minister Justin Trudeau this month urging him to mandate his next sports minister to end self-regulation and establish an independent process to address all forms of maltreatment.

In his latest cabinet, Trudeau axed the sports minister position and gave the responsibility to Canadian Heritage Minister Steven Guilbeault. The minister says in a statement that every athlete in Canada deserves to perform in a safe environment.

“We have zero tolerance for harassment, abuse, and discrimination. That’s why we introduced stronger measures to ensure a safe and welcoming sport environment. This will remain a priority for our government.”