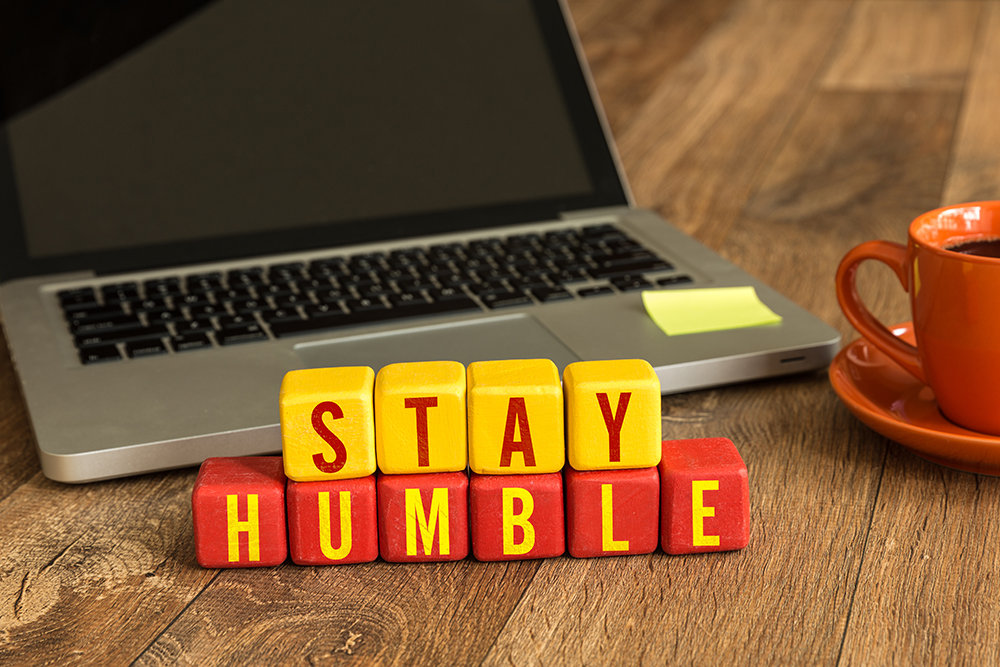 Humility has been written about since the dawn of civilization — nearly every era had a wise thinker who commented on its importance.

While it may not be difficult to find the word these days, finding the lived virtue is much, much harder.

What is humility? At its core, it is nothing but the truth, in its rawest form.

As such, both self deprecation (not giving yourself due credit for your talents and contributions) and the more obvious outward arrogance and bragging are not humble. It is recognizing one’s honest strengths, and honest weaknesses, but not elevating/denying either.

Being humble is difficult — we often over exaggerate or under exaggerate, but we should strive to be as truthful as possible.

Another aspect of humility is a focus on others more than on oneself.

Some descriptors of Fred Rogers include being “resolutely determinedly kind” and having an “unashamed insistence on intimacy.”

It is allowing oneself to be genuinely proud of other people’s accomplishments, to experience true naches (pride in others), even in people with whom you have no connection.

This is now known as servant leadership, a term that  Lencioni does not endorse, as this is just leadership — it needs no qualifiers.

These people are ones who you want to be around, as they are welcoming, authentic and very true.

These people embrace the virtue of humility, but need some help to become humble.  They are committed to self development and becoming humble, and hence likeable.

These are very dangerous people, people you think you want to be around until you realize it was all just a show.  In his team model, Lencioni labels these people “skillful politicians.”

These are the most difficult people to deal with, as it is hard to say ‘Stop being so nice, because I know you don’t mean it’.  Sadly, there are many examples of humility fakers out there — this is the dominant example of leadership we presently have.

We have very few examples of what true humility looks like.  Fred Rogers might be the most well known.

They do things like talk with the hired AV techs at a conference, the janitorial and security staff at a hospital, and devote two-hour Zoom calls at the beginning of the lockdown to check in on direct reports. And yet, they could deliver you pizza, and you would be none the wiser.

I think if some of the more well-known leaders who relish the limelight were to deliver you pizza, not only would the media be there to capture it, the average person would be dumbstruck to be in the presence of someone so famous.

In sports, Paul Casey graciously lost a PGA golf tournament in early August 2020, and the footage of his humble interview was difficult to find.

Tim Duncan did not take huge endorsements, did not hog the microphone, but there is a case that he is one of the greatest basketball players of all time.

We can reset our compasses. Ask those closest to you to call you out when you are not being humble, and do what you can to exalt humility when you see it.

We can start to live more humbly, and celebrate humility.

Tanya Hewitt is the founder of Beyond Safety Compliance, a consultancy in Ottawa.

Related
If your bosses are feared, you have the wrong leaders
Just who becomes a chief people officer?
What makes a great leader? Self-awareness
Managing and developing high-potential employees
Tags