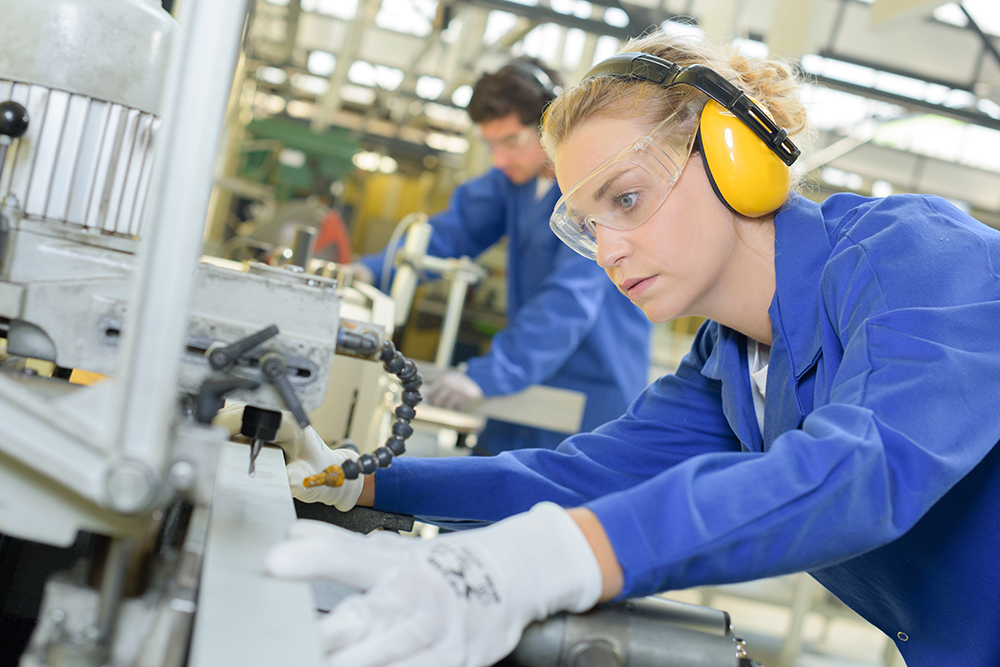 Claire Ryan is a fighter and she’s always been good with her hands. That’s what led her to punch out a career in the male-dominated construction industry.

In college, she was the only woman in her class. On jobsites, she also stood out as one of the few women working for male-run construction crews. She endured harassment, but persisted and eventually started her own business.

“We deserve to be here,” said Ryan, who three years ago started Toronto-based Venus Renovations, which has been busy even during the COVID-19 pandemic. “If we’re not here nothing is ever going to change.”

After spinning her wheels in the restaurant industry, Ryan decided to take a construction techniques course at George Brown College in Toronto, one of the top trade schools in Canada.

“I just feel like these are transferrable skills, where cooking is not,” confessed Ryan, who said she came out feeling confident about a career in the trades. “I went to college to see if I was good and I really, really was. I excelled in every class and I was at the top of my year.”

As the economy accelerates, Canada faces a massive shortage in skilled labour over the next decade as workers retire and demand for talent grows.

The best way to fill that gap is to attract — and retain — more women, who while occupying half of all regular jobs, represent less than five per cent of registered tradespeople, according to a 2020 report by the Canadian Apprenticeship Forum (CAF), a non-profit organization (NGO) that supports the country’s apprenticeship community and connects stakeholders across all trade groups.

While the federal and provincial governments offer incentives to employers to hire more women for trade jobs or to boost apprenticeship opportunities, the jobsite remains the biggest hurdle.

“Where the skilled trades struggle is in implementing the policies of inclusion and acceptance on the worksite,” said France Daviault, CAF’s executive director. “It’s almost like those really nice HR policies at the top level don’t make their way down to where it really matters. That’s where women working in the trades now are still struggling.”

Daviault, who has been head of the CAF for the past 13 years, said it’s the “little” areas that employers need to address to make women feel more welcome on jobsites.

Things like offering personal protective equipment specifically for women so that they feel safe as well as making sure they have their own bathrooms. Access to proper childcare is another major issue, added Daviault, as women generally require more flexible work schedules and are unable to put in as much overtime as their male counterparts.

“The recruiting problem is not so much a huge problem anymore — the problem is retention,” admitted Daviault, who added that the completion rate for women in level-1, four-year apprenticeship programs for high-paying plumbing careers is currently very low.

The same is true for electrician courses and apprenticeships, for example. Daviault said that most apprenticeships are on the jobsite, which has been a largely negative experience for women.

“You can invite someone to dinner, but if they show up at your house and you feed them crackers they’re not going to come back. You need to make the workplace welcoming.”

To help address these barriers, Canada’s Building Trades Union (CBTU), which represents more than 500,000 skilled trades workers, launched a program in 2019 to increase the number of women in the trades by 30 per cent.

At the time, CBTU head Robert Blakely said “diversity and inclusion will create a stronger industry” and emphasized building careers and “not just short-term jobs.”

Another hurdle is pay. The wage gap between men and women is especially prevalent in the skilled trades. In the first year following certification for all Red Seal trades, women earned on average $31,400 or just 47 per cent of the $67,200 pulled in by men, according to a joint study by the Education Policy Research Initiative and the Labour Market Information Council.

“I was probably getting paid at least 25 per cent less than the other men that I knew about even though my skill was about 70 per cent more,” said Ryan, who added that the money was still far superior to what she made in restaurants.

Now as her own boss, Ryan can set her own rate and do something that she enjoys.

Change will accelerate when more women like Ryan have completed their training and have their own businesses, where they can hire more women.

“Until the women get beyond being subordinates in the training cycle, change is going to be really hard,” said Daviault, who believes programs like the federal government’s new $30 billion national child-care initiative will generally help attract more women back to the workforce, after many quit their jobs during the pandemic, primarily to look after their kids. “Hopefully it translates to more women being able to work in the skilled trades.”

In its most recent budget, the federal government also announced a $470 million incentive program that provides funding to employers that hire first-year apprentices. The monetary incentive is doubled if they hire someone from an equity group that includes women, racialized Canadians, and people with disabilities.

Daviault said NGOs like CAF, Women Building Futures, Office To Advance Women Apprentices, and others across the country can also play vital roles in increasing the retention rates for women in apprenticeships by walking them through the programs, supporting them when things go bad on the jobsite, mentoring, providing skills training, and even facilitating childcare.

“There’s a ton of research that shows that having women in your organization or having a diverse workforce leads to increased productivity and better retention rates,” added Daviault. “That’s a winner.”

Jon Cook is the editor of CourseCompare, a Canadian technology company in Toronto that helps people find higher-education programs based on their career goals and learning needs.

Related
Door to C-suite still locked for many diverse candidates
The ‘why’ and ‘how’ of collecting diversity, equity and inclusion data on immigrants
Decades-long diversity journey gets ‘reality check’
Considering blind spots in leadership and HR management
Tags